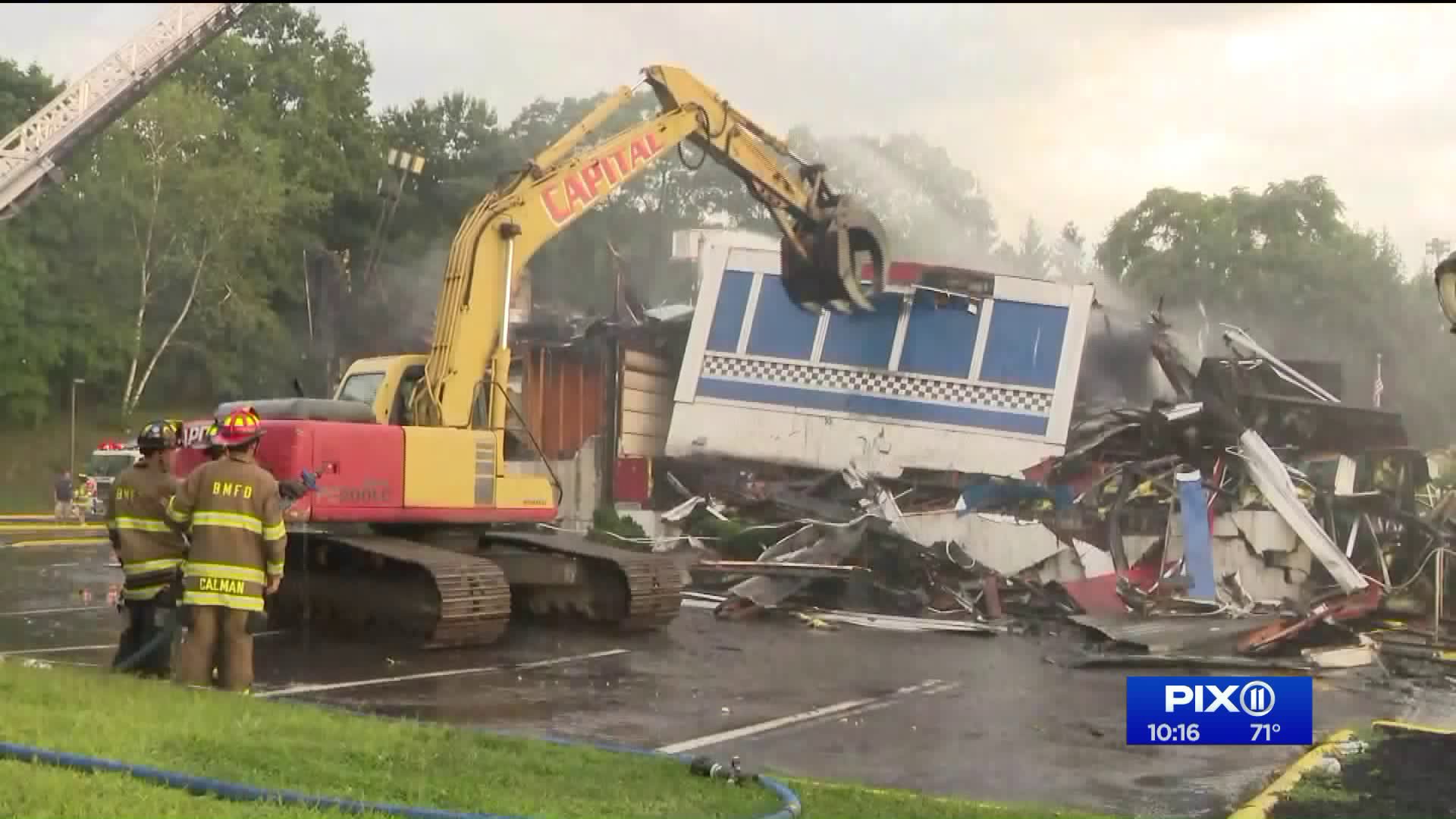 Heavy flames tore through the heart and soul of Route 9 in Briarcliff Manor, the Landmark Diner.

BRIARCLIFF MANOR, Westchester — Heavy flames tore through the heart and soul of Route 9 in Briarcliff Manor, the Landmark Diner.

The fire broke out around 10 a.m. with people inside enjoying breakfast. Dozens and dozens of firefighters, many of them volunteers from neighboring departments, worked to knock down the flames.

By evening, all of the structure was torn down. The beloved eatery was gutted and turned into a pile of rubble, a shadow of its former self. Thankfully, there were no injuries, just two firefighters who suffered from heat exhaustion.

The current owner has been running this place for nearly 20 years and many of his employees have been with him since day one.

Firefighters say the blaze started in the kitchen and they’re still investigating a cause. The owner spoke with PIX11 News and vows to rebuild. There will be a fundraiser this Saturday, much of the proceeds will go towards employees who are now out of work