Reunited! Dog stolen from outside Brooklyn store back home with owner 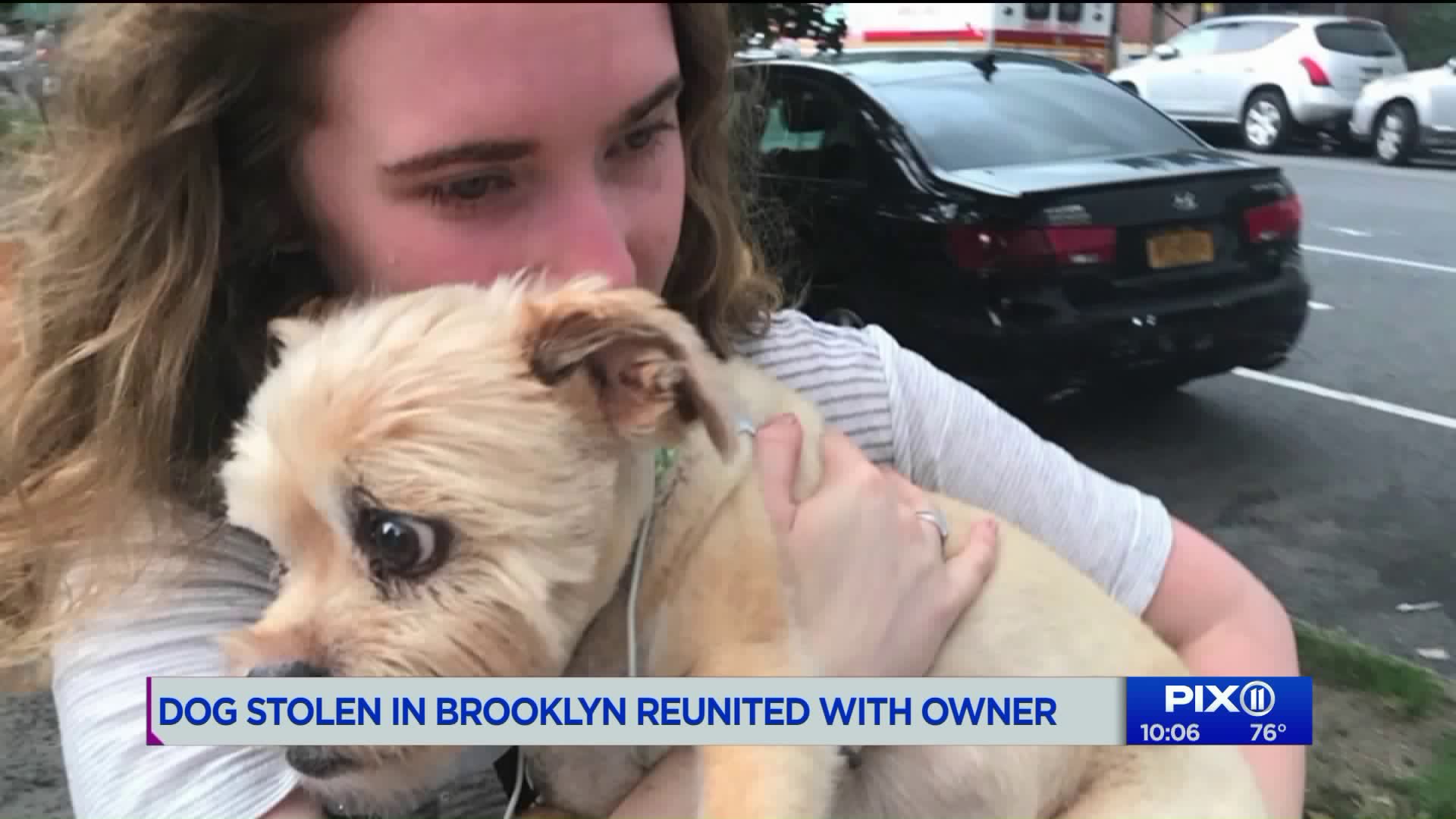 An adorable pup was stolen in Brooklyn is back home with his humans now. Video shows Theo being stolen outside a Williamsburg store on Monday night. One man appeared to look around while another man unhooked Theo`s leash. The 10-year-old dog was reunited with owner Bre Kelly on Wednesday, police said.

WILLIAMSBURG, Brooklyn — An adorable pup that was stolen in Brooklyn is now back home with his family.

Video shows Theo being stolen outside a Williamsburg store on Monday night. One man appeared to look around while another man unhooked Theo's leash. The 10-year-old dog was reunited with owner Bre Kelly on Wednesday, police said.

"We are just so happy that he’s home safe and that was always our only goal," Kelly said. "I feel it was all of the support and awareness people generated over social media, local law enforcement, the community and online that brought Theo home so quickly so we are thankful to everyone involved for their hard work."

Theo's leash was secured to a stand outside a grocery store at the corner of Humboldt and Flushing when he was taken on Monday night. Kelly left him there all the time as she ran in to get groceries.

"I came back outside from getting the groceries and the leash was there and nothing else," Kelly told PIX11 Tuesday. "I always take him to the market, get a few things; he hangs out. People pet him and give treats. He goes where the door opens and hangs out in the shade. We do it all the time. I bring him everywhere."

As for the pup? He snuggled with his toys at home on Wednesday night.

"He seems a bit stunned and nervous but overall, OK," Kelly said.

Editor's Note: Police initially said a man was in custody and described the operation to get Theo back as a sort of "sting." An NYPD spokesman later said that is not the case.