Vote on the next New York State license plate design 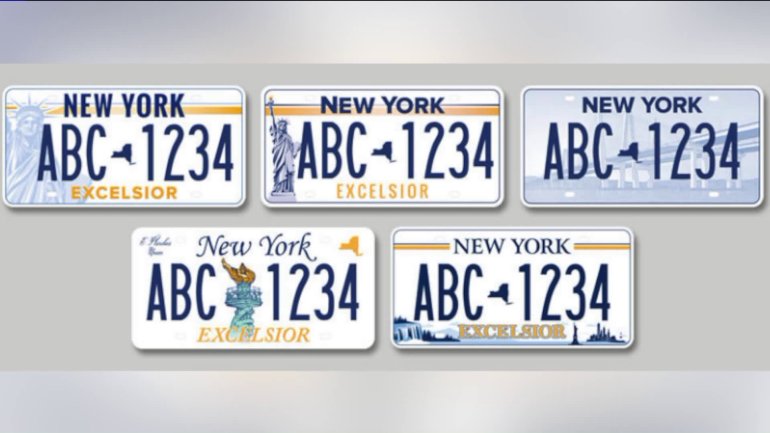 Gov. Andrew Cuomo announced 5 possible replacement New York license plate designs. You can vote on which one you like the best through Sept. 2.

ALBANY — Not feeling the current license plates on vehicles around the state? Well, now's your chance to pick the next design.

Voting began Tuesday and will run through September 2 online.

The governor's office says the new plates will replace the aging Empire Blue & White plates, most of which are more than 10 years old. Once the new plates become available, the Department of Motor Vehicles will also stop issuing the Empire Gold plates and begin fully transitioning to the new design.

Most of the new designs feature the state's colors — blue and gold — and the state's motto — "excelsior".

"License plates are a symbol of who we are as a state and New Yorkers should have a voice and a vote in its final design," Cuomo said.

"As the life span of the old plates comes to an end and we develop new ones that are as easy to read as possible, I encourage all residents to take part in choosing this piece of our state's history and the State Fair is a perfect place to do that."