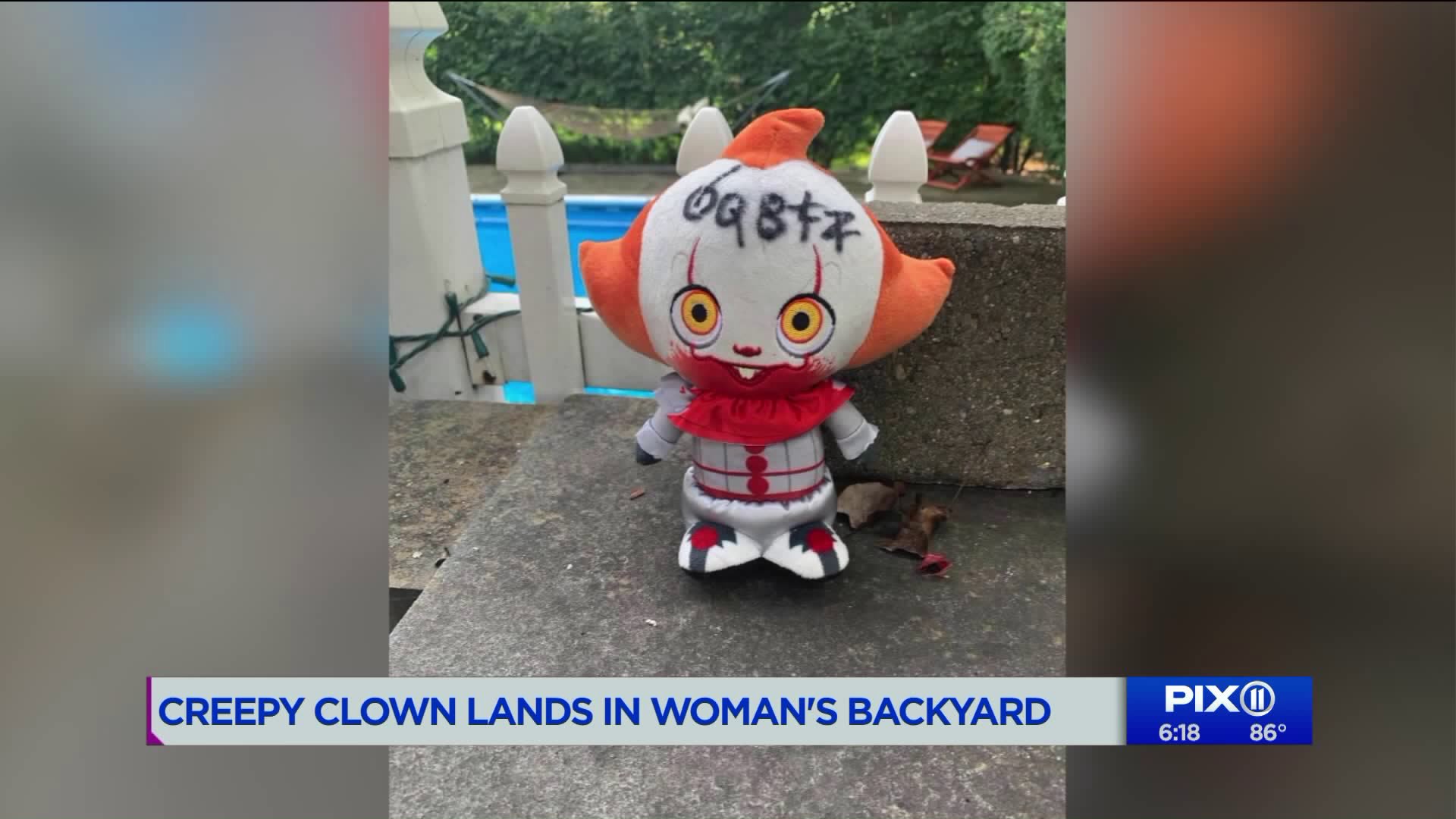 A New Jersey woman was frightened by a clown doll this weekend after it seemingly flew into her backyard. It had blood around its mouth and strange black marks on its forehead. The doll, which is sold in stores, is Pennywise from Stephen King`s books and the movie "IT." The woman slept with a knife by her bed that night - just in case.

HARRINGTON PARK, NJ — A New Jersey woman was frightened when a clown doll seemingly flew into her backyard unexpectedly this past weekend. It had blood around its mouth and strange black marks on its forehead.

The doll, which is sold in stores, is of Pennywise the clown, famous from Stephen King's book and the movie "IT."

"I happened to be looking up and we just saw this object come out of the sky," said Renee Jensen of Harrington Park.

Jensen and her boyfriend were sitting poolside on Saturday afternoon when it dropped beside her fence. She says it came from way too high up to be thrown by someone and it did not fall through the tree branches that cover her backyard, so how it fell down and where it came from is still a mystery.

"It was scary because it just came out of nowhere. I think anybody, even if it was on your front porch and somebody rang your doorbell and ran off, you'd be disturbed," she said.

She did call police because of the strange writing on the doll's forehead and they came by to take a report. They refused to take the doll with them when they left so Jensen says she burned it.

Her photos - which she shared on Facebook - have also caught fire as people chime in about where they think the doll came from.

A sequel to the Warner Bros. Pictures' movie "IT" hits theaters in several weeks.

"The character comes out of the sky with a balloon, so that’s why everyone thinks it’s so weird that this happened," she said.

Jensen says she’ll probably skip seeing the film for now. She slept with a knife by her bed that night - just in case.