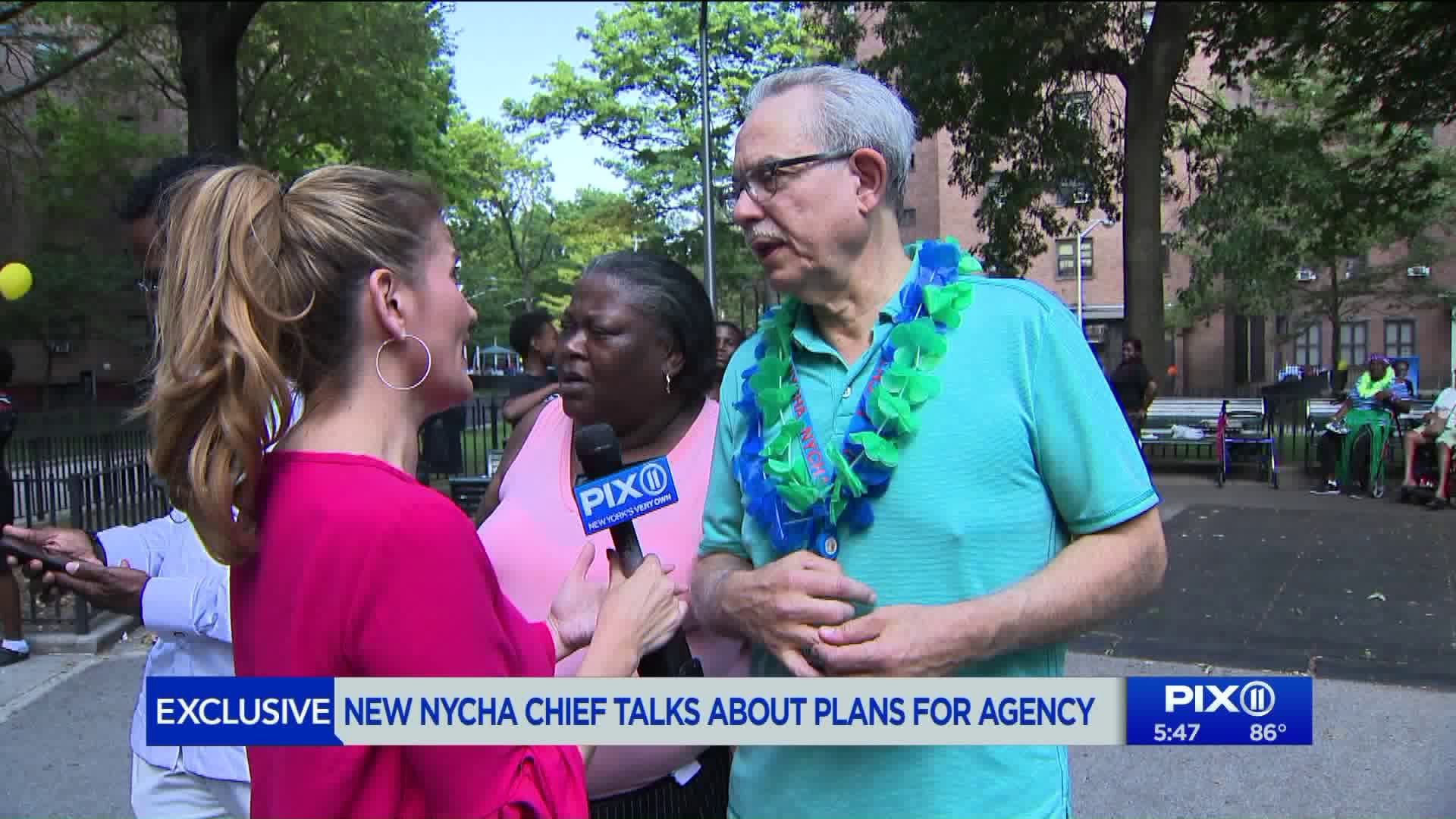 STATEN ISLAND — The new NYCHA CEO Greg Russ spent much of the day at the Stapleton houses on Staten Island.

As he starts his second week on the job, PIX11 caught up with the new NYCHA CEO Saturday and got an exclusive one-on-one at the Rangel Houses' family day in Washington Heights.

“The best part, openness. the warm welcome I’ve gotten,” said Russ about his first week. “We have a whole bunch of systems that will have to change and we can’t do it tomorrow,” said Russ.

It has been a rough weekend for families at the Marcy Houses in bed sty. Residents say they have complained about conditions and then a pipe burst Sunday.

NYCHA tells us emergency staff and plumbers immediately responded immediately and the leak was caused by a broken pipe fitting in a bathroom sink on the fifth floor. Repairs were made and water service was restored by midnight Sunday.

Russ visited Marcy Houses this weekend. He says his focus will be repairs.

On NYCHA's Twitter, pinned to the top , is a quote from Russ, promising in the first 100 days real and substantial change, and restoring trust and becoming a more accountable landlord.

“We are going to roll out what we can and have a long play strategy,” promised Russ.