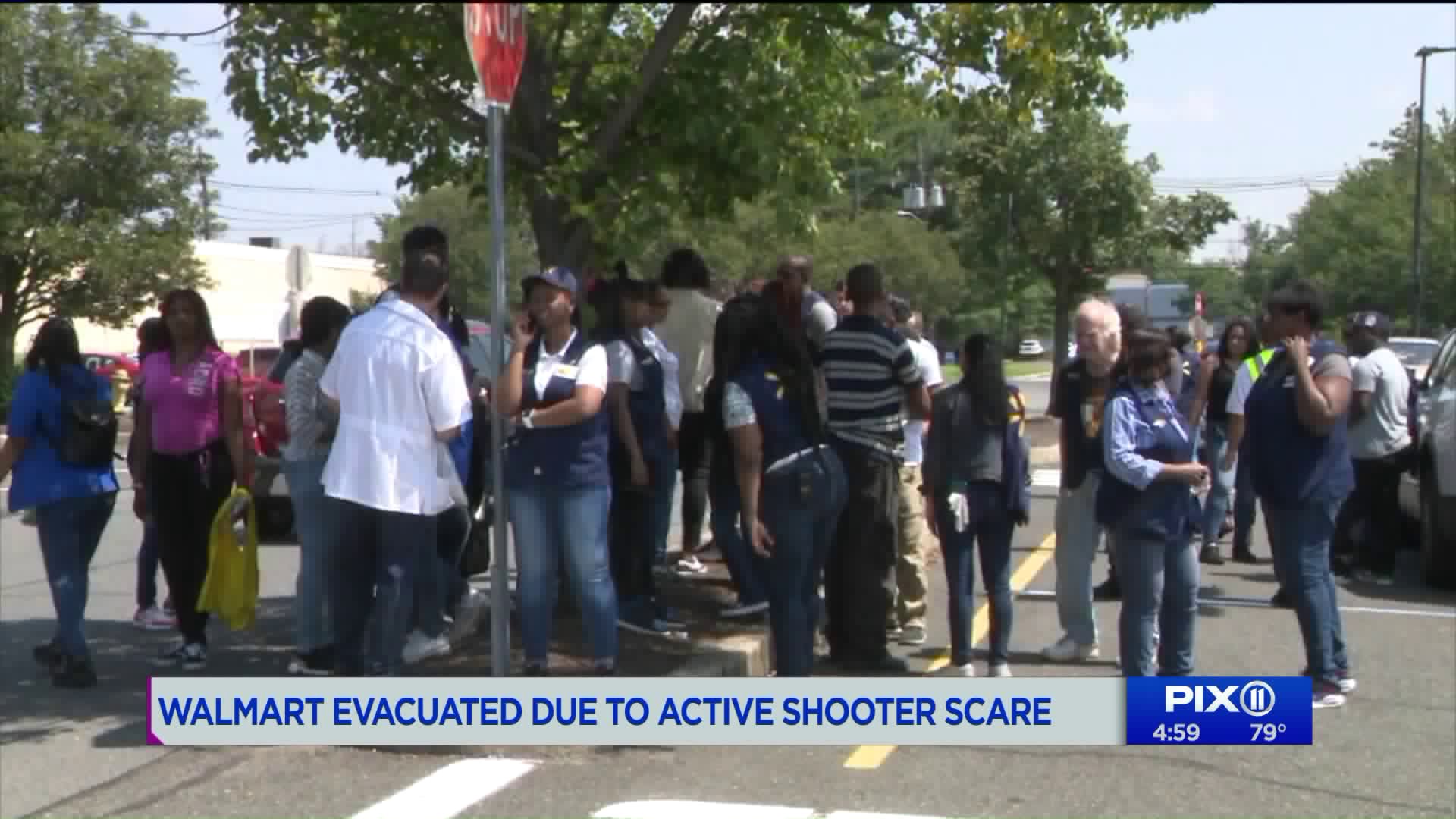 A Walmart in New Jersey has returned to normal operations about an hour after a 911 caller said there was a possible gunman inside the store Thursday morning. James Ford reports.

Joshua Phillips, a 20-year-old Newark man, is now in police custody. He allegedly  grabbed an airsoft gun from the store Thursday morning and removed it from its packaging.

The building was evacuated and employees spent hours outside.

People have been on edge since the mass shootings in El Paso and Dayton. One shopper at Walmart on Thursday had seen a social media post that warned of a gunman at a different Walmart, Union County Prosecutor Lyndsay Ruotolo said. In the post, which turned out to be a hoax, the gunman told authorities he had accomplices headed to other Walmart locations.

"[The] shopper saw something, reported to police," Ruotolo said. "What they saw appears to be a toy gun that was being stolen from Walmart."

Ruotolo said this is the new normal.

"All we can do is work together to prevent tragedies, and that's what we did," she said.

Philips turned himself in after becoming aware of significant coverage of what happened in the Walmart.

He faces up to five years in prison if he's convicted. Phillips is charged with third-degree creating a false public alarm, third-degree possession of a weapon, and shoplifting, a disorderly persons offense.