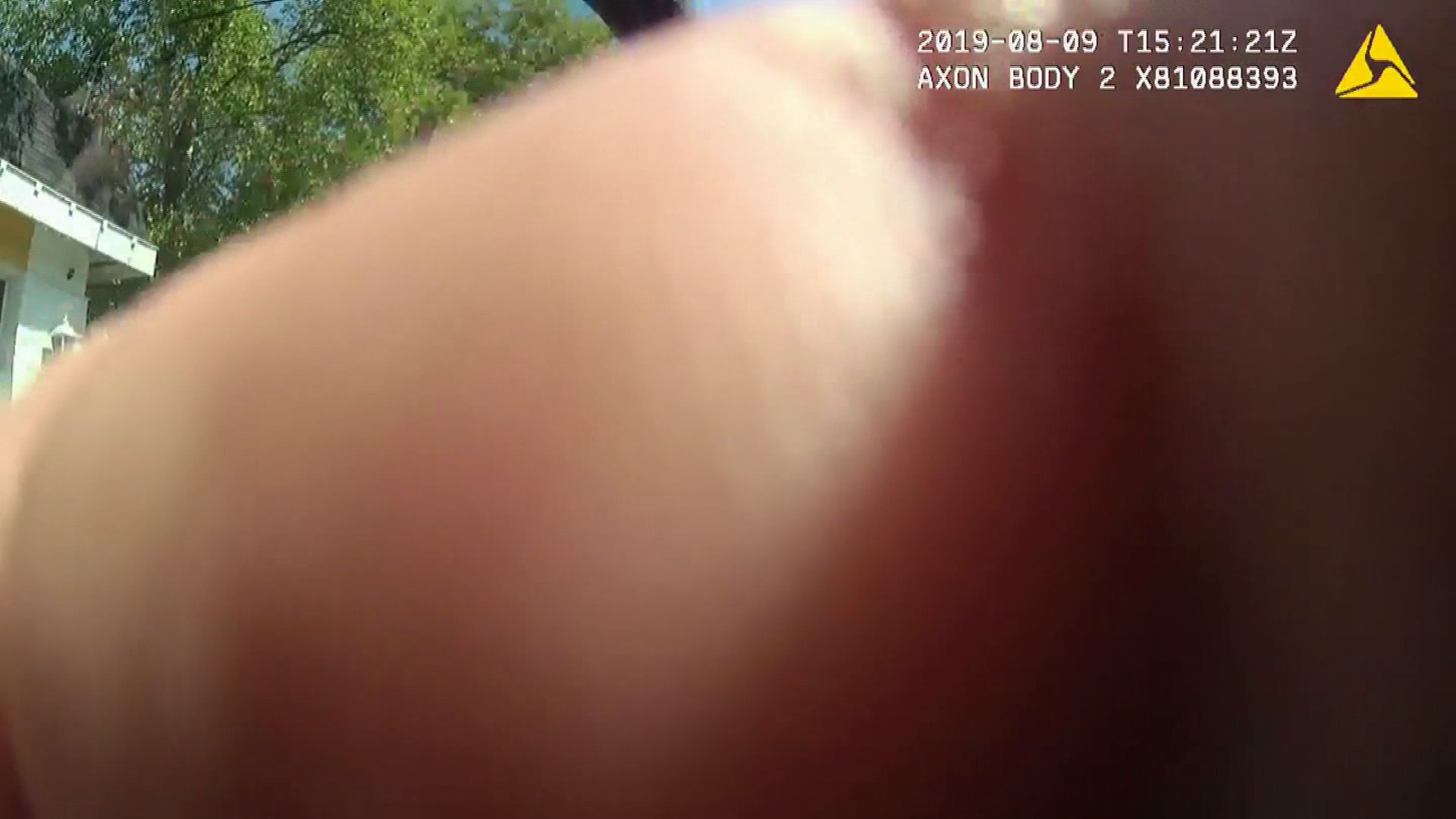 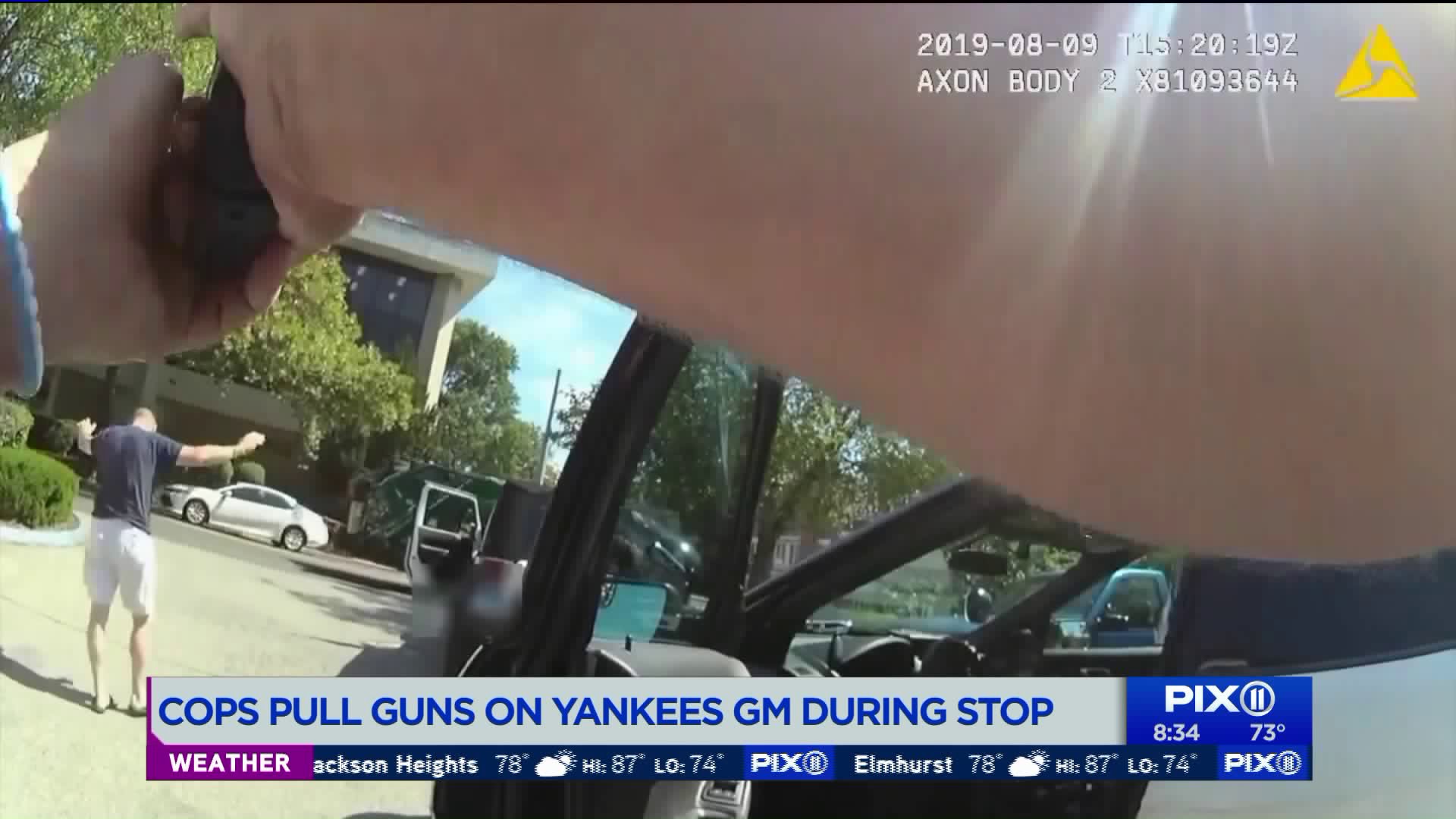 DARIEN, C.T. — Police released video from an incident where New York Yankees general manager was stopped by police and ordered to exit his vehicle.

Officials said on Friday, police were called by a local medical group on Old King’s Highway North, stating that a male patient was observed to have a handgun in the office.

Police were called after the patient left the facility.

The patient had already completed his physical and left the office when the initial report was made to the police. Officers interviewed staff to find out exactly what had transpired with the patient.

A short time later, a white Jeep was seen in the Shell Gas Station on Boston Post Road at Sedgewick Avenue. Police said the license plate of the vehicle was checked by officers and it was found to be listed as a stolen vehicle.

Police said as the Jeep started to leave the pumps, it was stopped by Darien officers.

Under standard operating procedures, the officers un-holstered and had their duty weapons in hand. The driver, Norwalk resident and Yankees general manager Cashman, followed the commands of the officers conducting the stop.

Moments later, police determined that Cashman was the true owner of the vehicle.

Police said the Jeep had been reported stolen a week earlier and was recovered, however, it was still listed as a stolen vehicle.

Officials said no force of any type was actually used by officers.

"Cashman noted the professionalism and obvious training of the involved officers who were able to successfully bring this incident to the proper conclusion," police said.

Police also interviewed the patient and determined that he had a valid pistol permit and was not aware he caused any alarm in the office.