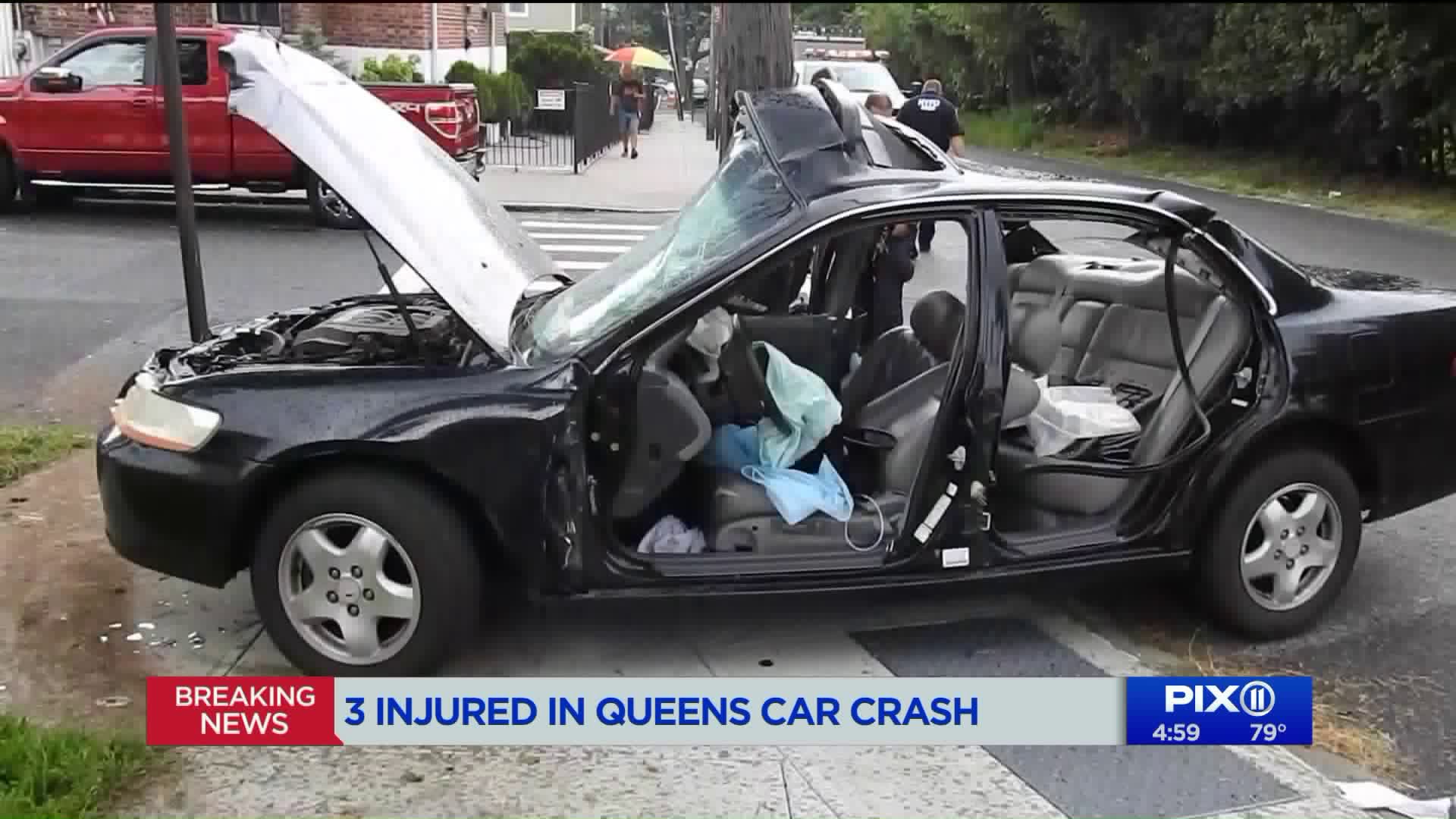 A teen driver lost control of a vehicle and crashed into a pole in Middle Village Wednesday.

MIDDLE VILLAGE, Queens — A 16-year-old teen is fighting for her life after the car that she was a passenger in crashed Wednesday in Queens, officials said.

The girl remains at the hospital in critical condition with a head injury early Thursday, according to authorities.

It all happened around 2:30 p.m. Wednesday on 73rd Place and Cook Avenue in Middle Village, Queens.

Police said two other teen girls in the car, ages 17 and 16, were also hospitalized Wednesday with injuries.

Those two girls have since been released from the hospital, while their friend remains in critical condition, authorities said.