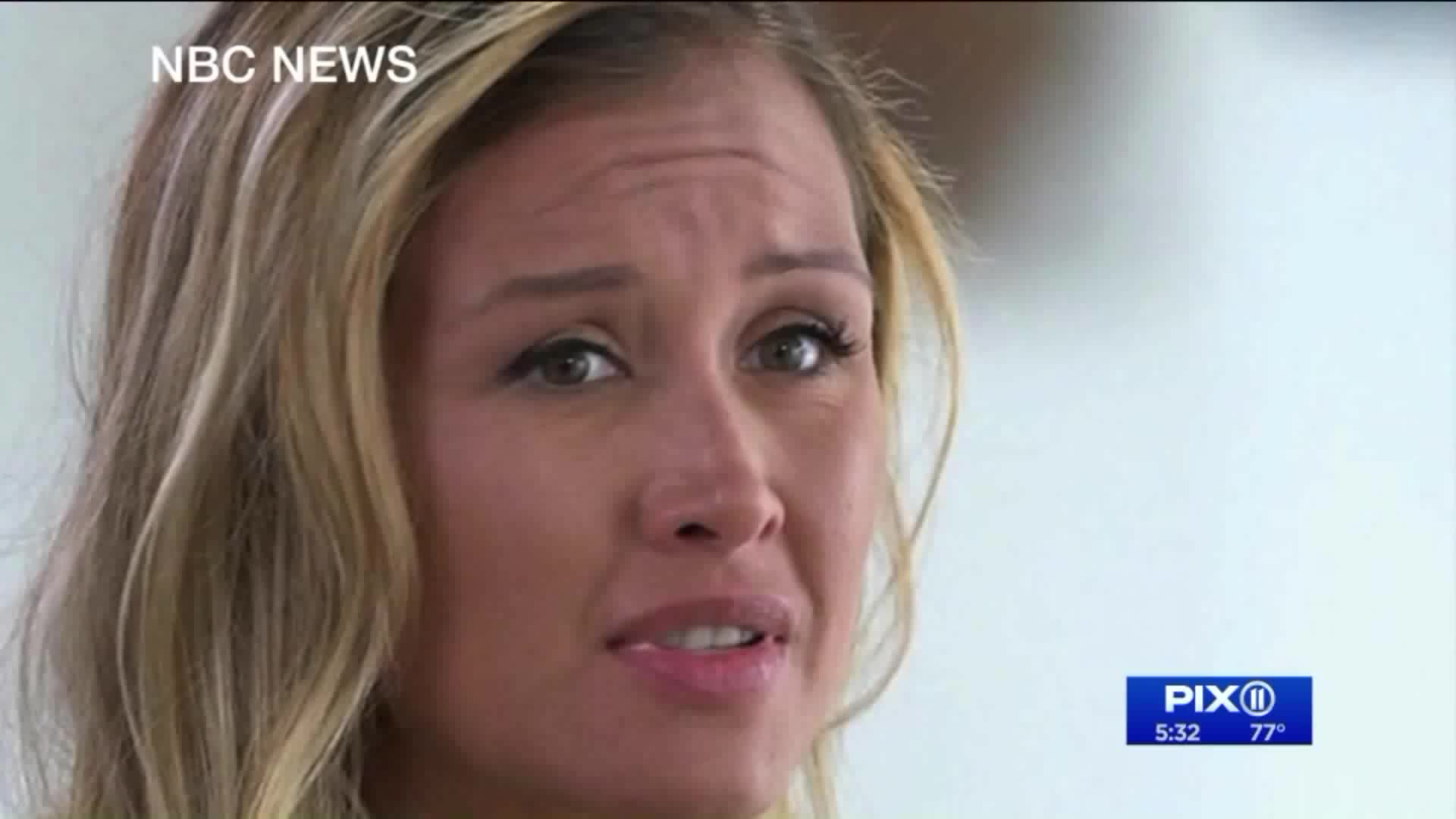 Jennifer Araoz sued Epstein`s former girlfriend Ghislaine Maxwell and three unnamed members of his staff the first of many lawsuits expected to be filed by Epstein`s accusers as a new state law went into effect Wednesday that opens up a one-year window for victims of long-ago sex crimes against children to take legal action.

A woman who says she was raped by Jeffrey Epstein when she was a teenager is suing his estate and four of his associates.

Jennifer Araoz sued Epstein's former girlfriend Ghislaine Maxwell and three unnamed members of his staff — the first of many lawsuits expected to be filed by Epstein's accusers as a new state law went into effect Wednesday that opens up a one-year window for victims of long-ago sex crimes against children to take legal action.

"Today is my first step toward reclaiming my power Jeffrey Epstein and his enablers stole from me," Araoz said. The AP names alleged victims of sexual offenses only if they consent to being identified, as Araoz has done.

Araoz says Epstein had several sexual encounters with her when she was underage and forcibly raped her in 2002.

Maxwell's publicist and lawyers did not immediately respond to emails seeking comment. Maxwell, the socialite daughter of the late British publishing baron Robert Maxwell, previously denied wrongdoing, saying any allegations she was involved in arranging sex for Epstein were "abhorrent and entirely untrue."

In her lawsuit and in interviews, Araoz said she was a 14-year-old freshman at a performing arts high school near Epstein's Manhattan mansion in 2001 when she was approached on the sidewalk by an unidentified woman in her 20s who invited her to meet the financier.

Araoz said that she had recently lost her father back then, and that her family was on public assistance, which Maxwell and Epstein took advantage of. Araoz also said that the comings and goings of people at Epstein’s East 71st Street mansion were extensively recorded on video.

Epstein began by giving her gifts and encouragement during her visits, then started asking for massages, groping her and having her take her clothes off, she said. Araoz said she stopped seeing Epstein in 2002 after he raped her at his townhouse when she was 15.

Araoz's lawyers said the young woman had no personal contact with Maxwell but is suing her because she had been described in other court cases as having helped Epstein recruit underage girls for sex.

Federal prosecutors in New York are investigating whether any Epstein associates will face charges.

The suit is one of potentially thousands expected to be filed under the new Child Victim Act, a litigation window passed earlier this year following more than a decade of debate in Albany.

The law allows people to file civil lawsuits that had previously been barred by the state's statute of limitations, which was one of the nation's most restrictive before lawmakers relaxed it this year.

The new law also extends the statute of limitations for molestation going forward, giving new victims until age 55 to file lawsuits and until age 28 to seek criminal charges, compared to 23 under the old statute.

Note: The AP only names alleged sexual assault victims if they consent to being identified, as Araoz has done.