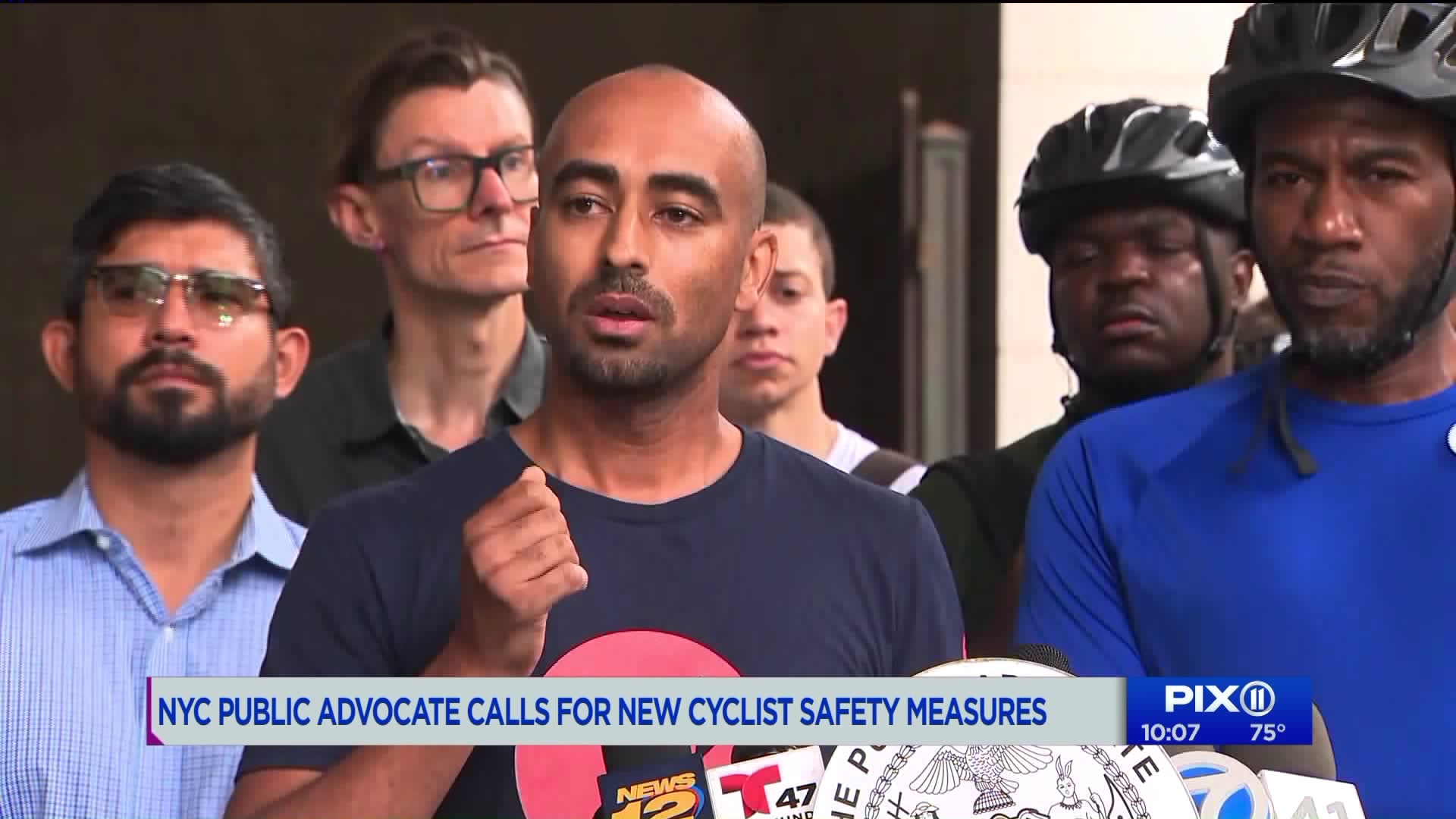 A mayoral spokesperson said Mayor Bill de Blasio is "laser focused on making our streets safer for cyclists and saving lives." A cyclist was fatally struck Sunday when a driver ran a red light.

LOWER MANHATTAN — A cyclist was struck by a vehicle in Lower Manhattan Wednesday morning, authorities confirmed.

The FDNY said a person riding their bike was struck around 10:30 a.m. at the intersection of Whitehall and Water streets, near Battery Park.

One person has been transported to Bellevue Hospital Center, officials said.

The condition of the bicyclist was not immediately known.

Wednesday’s incident comes amid a rash of incidents involving cyclists across the city.

On Sunday, a 52-year-old man became the 19th cyclist killed in the city this year after a driver ran a red light and caused a collision.

That number is nearly double the amount of cyclists killed riding in city streets in all of 2018.

New York City Public Advocate Jumaane Williams held a news conference Tuesday aimed at raising awareness for street safety and protections for cyclists, after taking a bike ride himself from Brooklyn and across the Brooklyn bridge.

Mayor Bill de Blasio called the string of cyclist deaths a “crisis” in an interview with PIX11, saying he had ordered citywide targeted enforcement of dangerous driving, parking in bike lanes, and other activities that may put cyclists at risk.

The mayor also charged the Department of Transportation with developing a new cyclist safety plan to make city streets safer and develop a “safety-first” attitude.