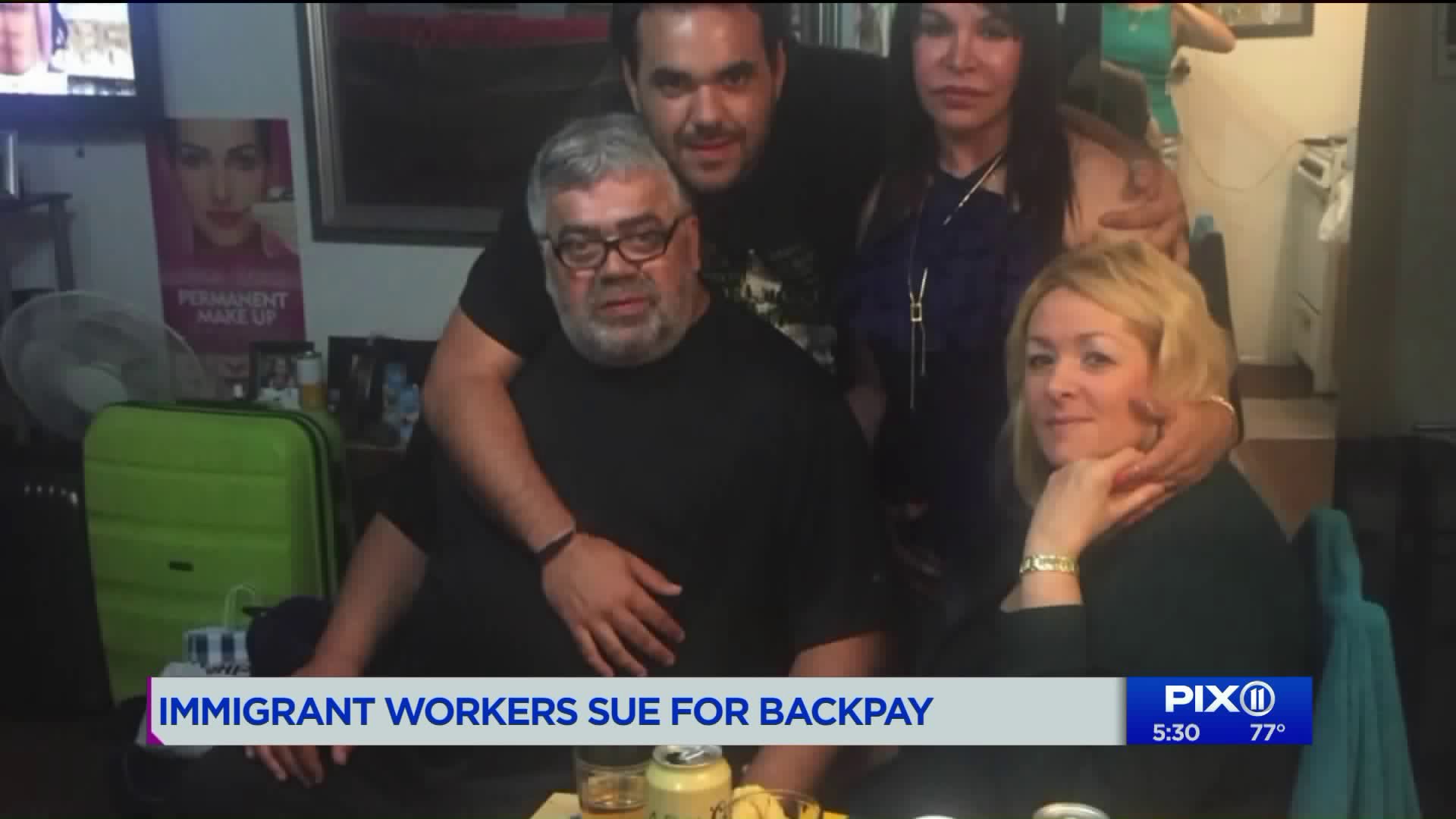 Immigrant workers in are suing the owners of an Elizabeth car wash. They claim the owners refused to pay them overtime or even the state`s minimum wage.

ELIZABETH, NJ — A New Jersey man worked at an Elizabeth car wash daily up 70 hours a week for just $5 an hour until June of 2018 when he suffered his second stroke on the job and died, his family said.

Carlos Pedronzo was just 55 years old. He'd worked at Caribbean Hand Car Wash since it opened in the early 2000s. His wife — Laura Pedronzo — claims that despite his health issues, the owners forced Pedronzo to work or face termination.

“We miss him every day," she said. "We want justice for him."

A class-action lawsuit claims the owners took advantage of their workers. If workers spoke up about working conditions, they would be threatened with losing their job or with deportation, according to attorney Steven Arenson.

Additionally, the workers claim they had to work at other businesses the family owned.

So far, eight of the car wash’s former employees have formed part of the suit, claiming the owners failed to pay them the minimum wage or overtime compensation.

PIX11 attempted to reach the owners of the car wash, Roberto Ulpiano and Omar Rodriguez, numerous times via phone and at the property, but we were unable to reach them.

Trujillo Candelario is a family friend of the owners and he calls them honest and hard-working. He said they wouldn’t take advantage of their employees.

The lawyer representing the workers says that regardless of immigration status, a person in the state of new jersey can sue for backpay if they were not paid a legal wage.