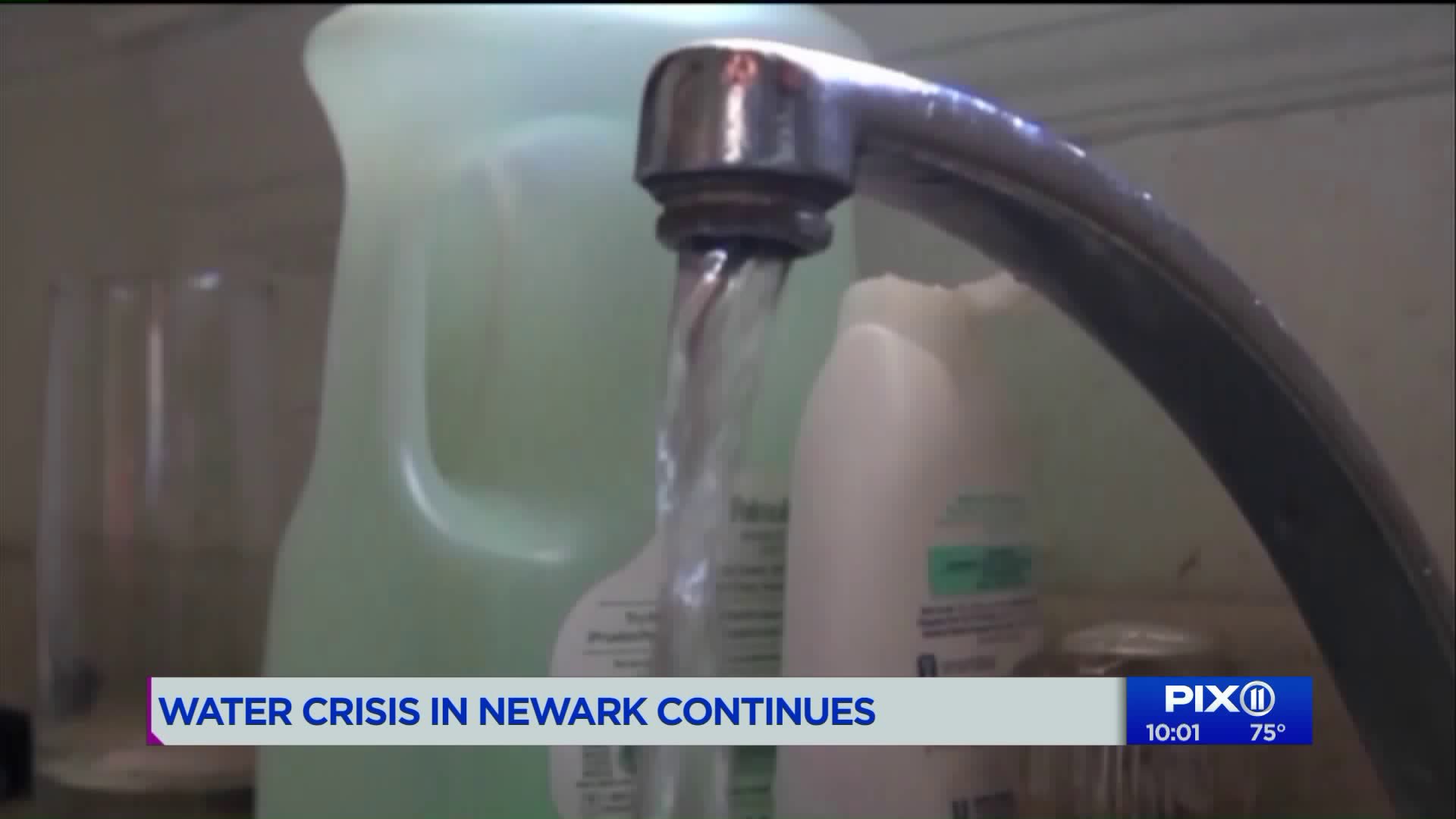 The local government in New Jersey`s largest city has begun to address the unsafe level of lead in water supplied to some residents, but still struggles to answer when -- and how -- this began. The long-term fix involves replacing service lines, but until that multi-year project can be completed, Newark is implementing short-term solutions.

NEWARK, NJ — There is no end in sight for Newark's water crisis.

The government continued to hand out bottled water to residents Tuesday, but even that was met with frustration and anger.

Water was delivered late to the Boylan Street Recreation Center and then residents realized the water was expired. Community activist Donna Jackson was furious. She said people were concerned about chemicals from the plastic leaching into the water.

When people picked their bottled water up, they also got a letter from the New Jersey State Department of Health and the City of Newark. It said the expired bottled "...water is safe to drink."

Twenty-thousand cases were distributed Monday after tests showed lead in a few homes where residents have been using filters.

The state ordered 20,000 replacement cases and 50,000 more that were to be delivered Tuesday.

State health officials say expiration dates aren't required on bottled water but that some companies use them to help manage stock rotation.

Down the block from the recreation center, manager Juan Tigre was getting ready for the dinner crowd at J&J Grill in the Vailsburg section of Newark. He said he doesn't serve tap water to his customers and planned on installing a filtration system for the restaurant's water.

"No use for nobody," Tigre said.

But as restaurants and residents continue to struggle with this water crisis, there is anger and frustration with the government.

For years the City of Newark told residents their water was safe to drink. Then household lead filters were handed out last fall.

But the Environmental Protection Agency now says lead is still problem. Recent testing showed residents with lead service lines in the Paquannock service area still may have lead in their water.

"I'm probably full of lead no doubt, I've been here mostly all my life," one local woman told PIX11. "This isn't something that just happened. Corrosion in the pipes, that don't just happen in a couple of years."

Congressman Donald Payne, who represents New Jersey's 10th district, called for a solution for the community.

"I'm not looking to blame, I'm looking to fix the situation," he said. "It doesn't matter why, who, what, where."

And it will cost millions of dollars to replace the lead service pipes.

Both the City of Newark and the New Jersey governor's office did not respond to PIX11's questions Tuesday night.