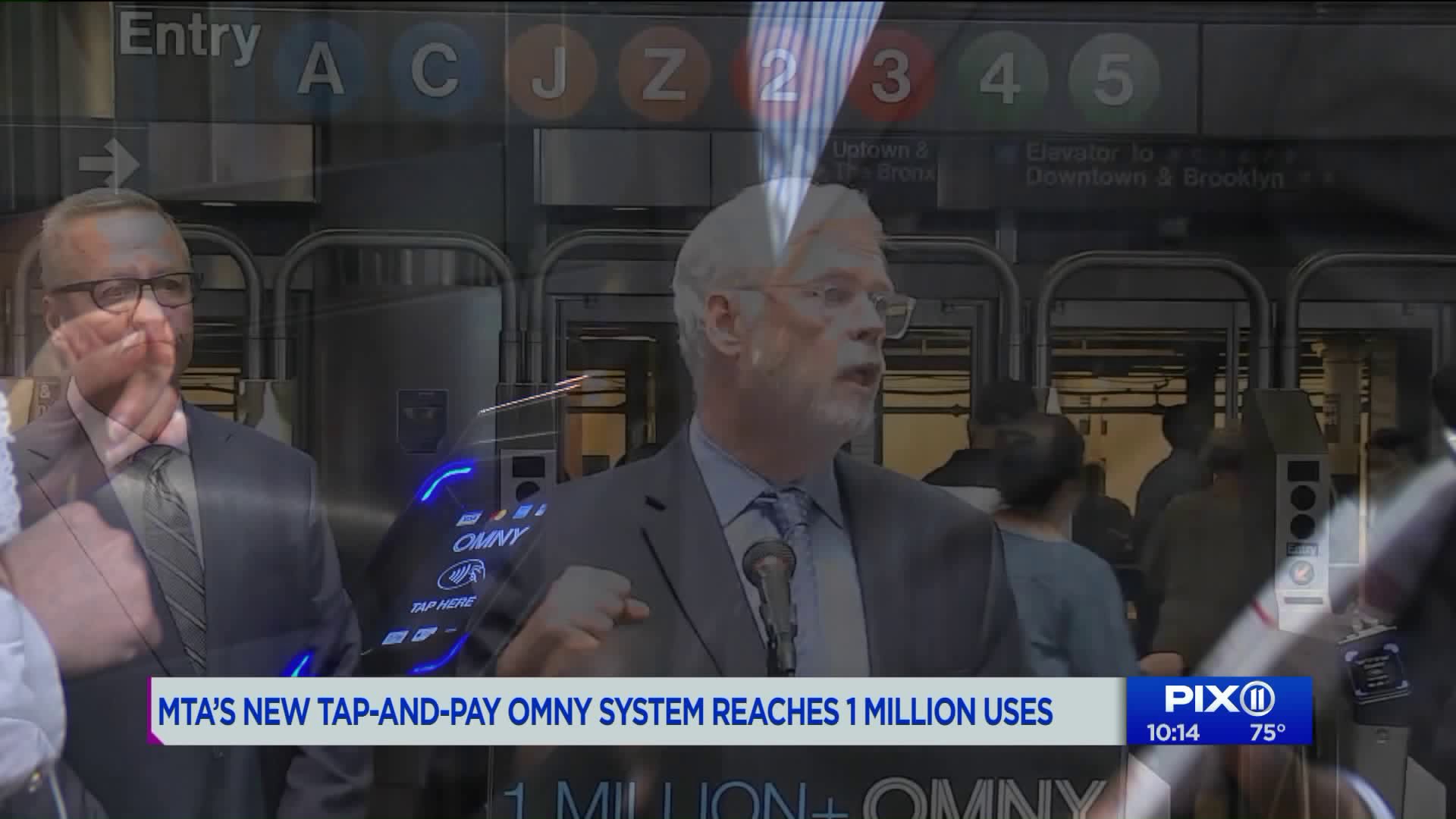 The MTA announces a milestone, the one millionth tap on the OMNY system, that they say happened Aug. 8, 69 days into the intital phase.

MANHATTAN — The MTA announced a new milestone after the new OMNY tap system hit its one millionth user on Aug. 8.

It has many people saying goodbye to the MetroCard along the 4, 5 and 6 lines between Grand Central and Atlantic Ave in Brooklyn, as well as buses on Staten Island.

The transaction happens in 500 milliseconds. Tap the digital wallet enabled in your phone or tap your card.

Where will it go next? Up to the Lexington line to 125th by the end of the year, in addition to some other of the most busy stations.