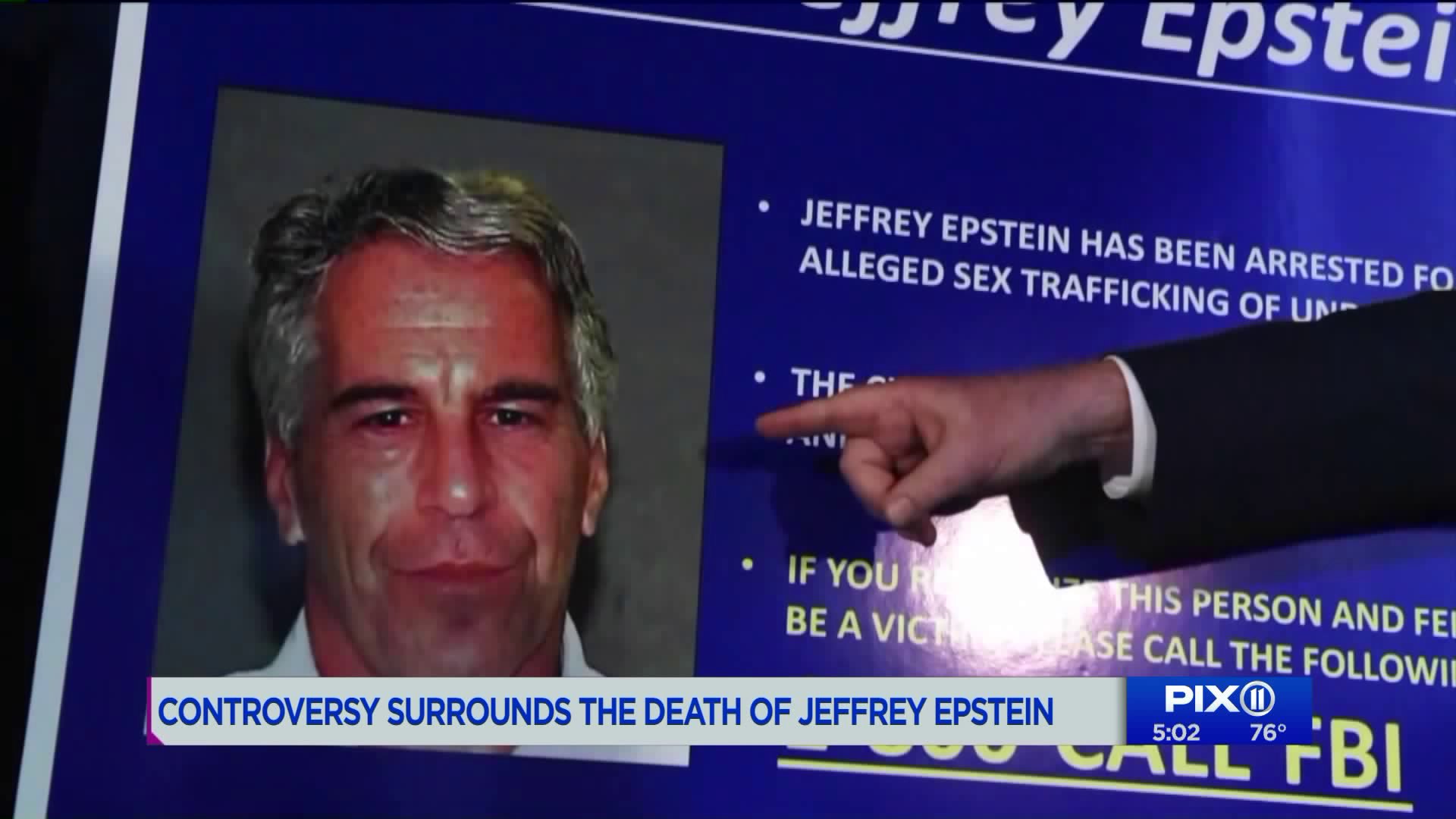 Financier Jeffrey Epstein killed himself while awaiting trial on sex-trafficking charges in New York, officials said Saturday. His death angered some accusers who had hoped to confront him in court and see him serve a long prison sentence. It also raises questions about how he was able to harm himself while in federal custody.

A law enforcement source told The New York Times that financier and accused sex trafficker Jeffrey Epstein was alone in his Manhattan jail cell the night of his apparent suicide, the Times is reporting.

The Times spoke to the official on the condition of anonymity. The Associated Press nor PIX11 have independently confirmed the information.

An official with knowledge of the investigation told the Times that Epstein's cellmate was transferred. According to the Times, the official says the Justice Department was told Epstein would have a cellmate and be monitored by a guard every 30 minutes.

Speaking to PIX11's Dan Mannarino Sunday, Northeast Regional Vice President Darrell Palmer, from the Council of Prison Locals (CPL33) union, said there was proper staffing in the area where Epstein was being held.

The union VP confirmed the procedure is that inmates are checked every 30 minutes, but he could not say whether or not that was followed.

The union VP said the Trump administration has cut 6,200 positions from federal jails. Despite the administration claiming those were vacant positions, Palmer said that is not the case.

"There are vacant positions at every federal prison in the country. Staff is down tremendously," Palmer said.

"It's unfortunate the staff are the ones to get the black eye on this," he added.

Epstein was found unresponsive in his jail cell Saturday morning and the Bureau of Prisons says he was later pronounced dead of an apparent suicide.

"Today, a medical examiner performed the autopsy of Jeffrey Epstein. The ME's determination is pending further information at this time. At the request of those representing the decedent, and with the awareness of the federal prosecutor, I allowed a private pathologist (Dr. Michael Baden) to observe the autopsy examination. This is routine practice. My office defers to the involved law enforcement agencies regarding other investigations around this death."

Attorney General William Barr said Saturday that he was “appalled” to learn of Jeffrey Epstein’s suicide in jail and that Epstein’s death in federal custody “raises serious questions that must be answered.”

Barr has ordered the inspector general to open an investigation into Epstein's death, while the FBI is also investigating.

The billionaire was facing sex trafficking charges and had recently been taken off suicide watch, a person familiar with the matter who wasn't authorized to discuss it publicly told The Associated Press. He was found in his cell with bruising on his neck two weeks ago, but it still remains unclear if those injuries were self-inflicted or not.