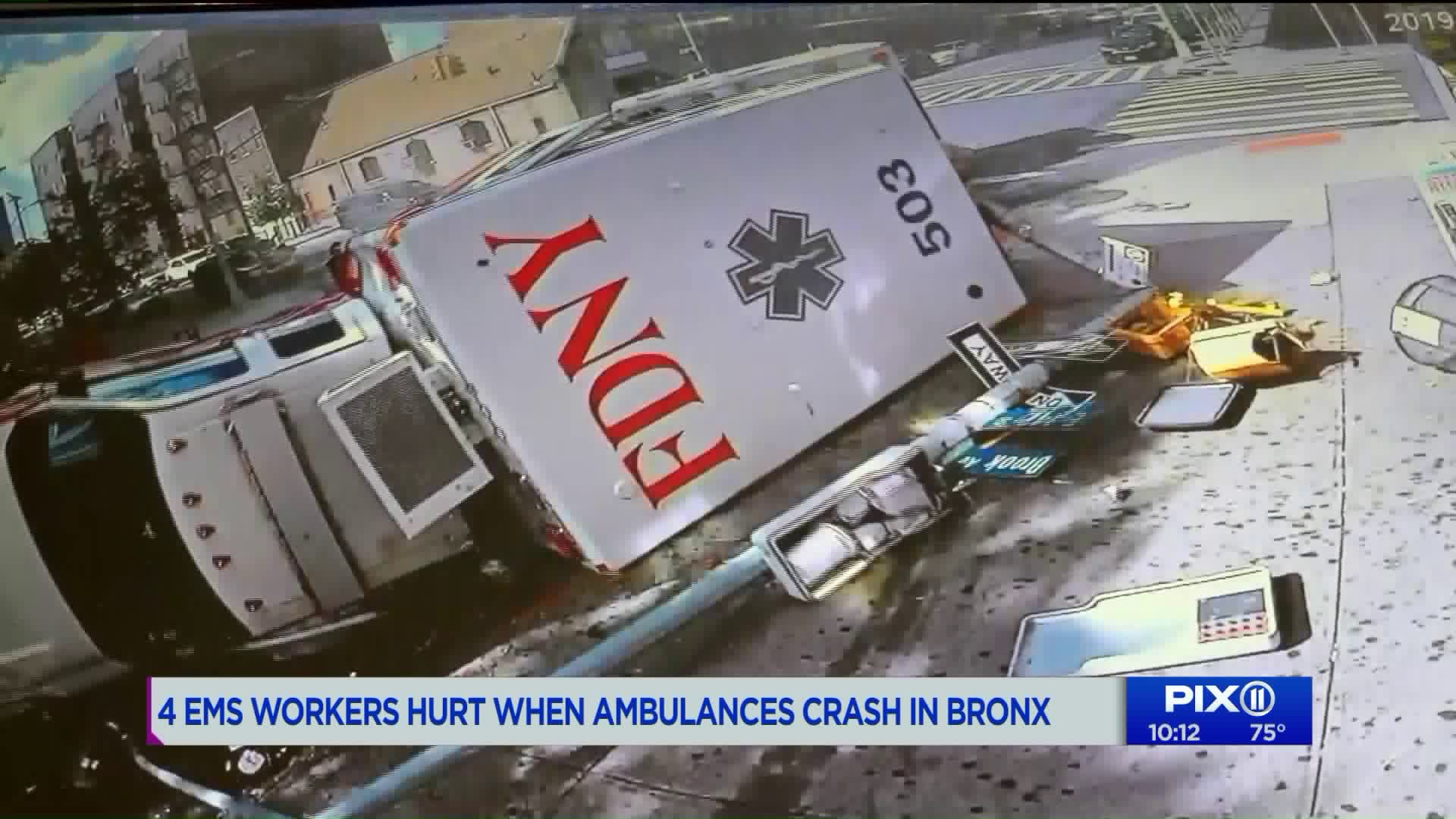 Security camera video shows the unbelievable moment when two ambulances hit each other in the Mott Haven section of the Bronx. Jennifer Bisram reports.

MOTT HAVEN, the Bronx — Surveillance video shows the moment of impact, when two ambulances crashed into each other in the Bronx.

The FDNY says both ambulances were responding to a violent patient call in the area when they collided; no patients were inside.

But four EMS workers who were inside were hurt.

Video from Citizen App shows one of them on a stretcher.

They were all taken to Lincoln hospital in serious condition, but are expected to make a full-recovery.

“I was talking to my friend and all of a sudden I see an ambulance rushing this way, the other van came and hit him so hard knocked the pole down," said witness Omar Marti.