‘They will not lose their homes’: HUD Secretary Ben Carson on NYCHA renovations, report of mismanagement 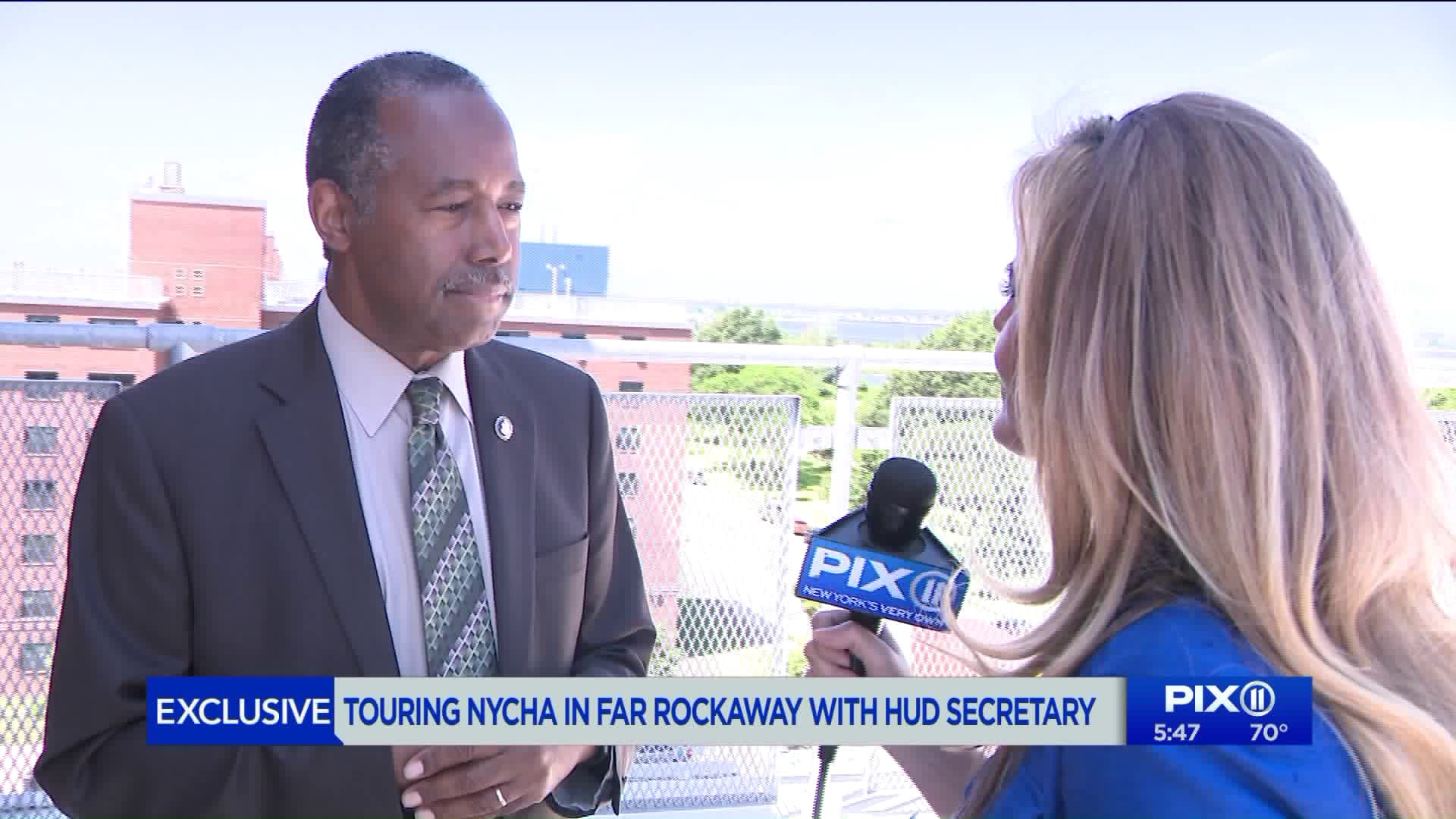 Secretary Ben Carson spoke exclusively to PIX11 in an interview on the rooftop of a NYCHA development called Ocean Bay Apartments in far Rockaway. With 1,300 apartments, it`s one of the first public-private partnership demonstrations in the city. Monica Morales reports.

FAR ROCKAWAY, Queens — Secretary Ben Carson spoke exclusively to PIX11 in an interview on the rooftop of a NYCHA development called Ocean Bay Apartments in Far Rockaway. With 1,300 apartments, it’s one of the first public-private partnership demonstrations in the city.

The program that made these renovation happen, Carson said, is called RAD: Rental Assistance Demonstration.

RAD is a program that turns over management and repairs of public housing to private developers. It's already controversial.

“They will not lose their homes,” promised Carson.

A lot has happened since Carson signed a historic agreement with Mayor Bill de Blasio back in January.

The new federal monitor, Bart Schwartz, who was also on the tour, released a scathing report two weeks ago. It detailed widespread problems and mismanagement at NYCHA, with little improvement over time.

One major issue? Lead. According to the report, 18 more children have tested with high levels of lead this year.

“It’s never fast enough. We have to keep pushing to the limit,” said Carson.

The timing of Carson’s visit was key: just two days before the new CEO of NYCHA, Greg Russ, starts his job. His first day is Monday. From his high salary to his experience, some are skeptical he can do the tough job ahead.

PIX11 asked secretary Carson if more federal money would be devoted to NYCHA.

“The first thing that needs to be done is an analysis of what’s been done with the money that has been given already,” said Carson.