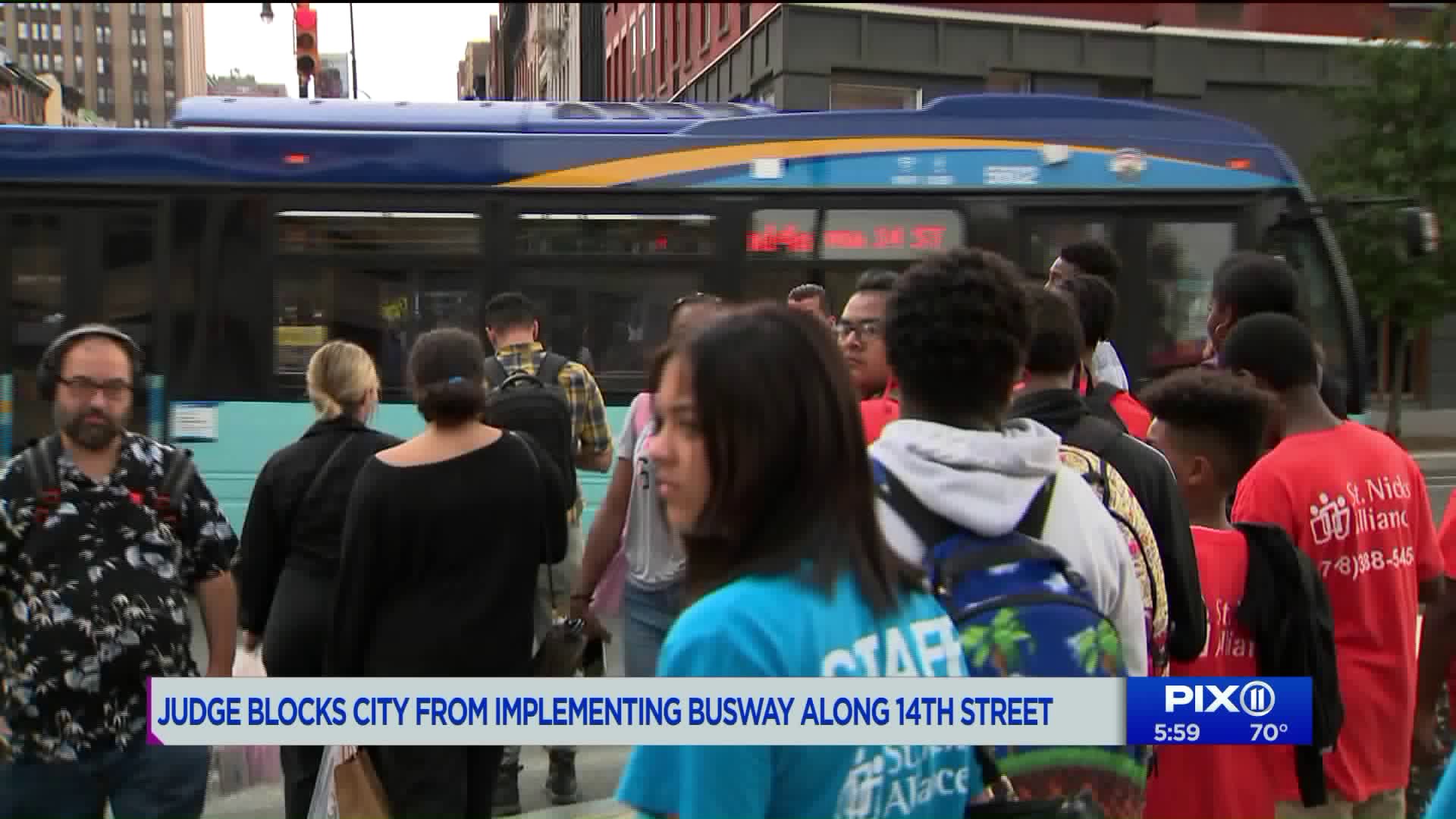 The judge says the city failed to go through the proper environmental process. Greg Mocker reports. 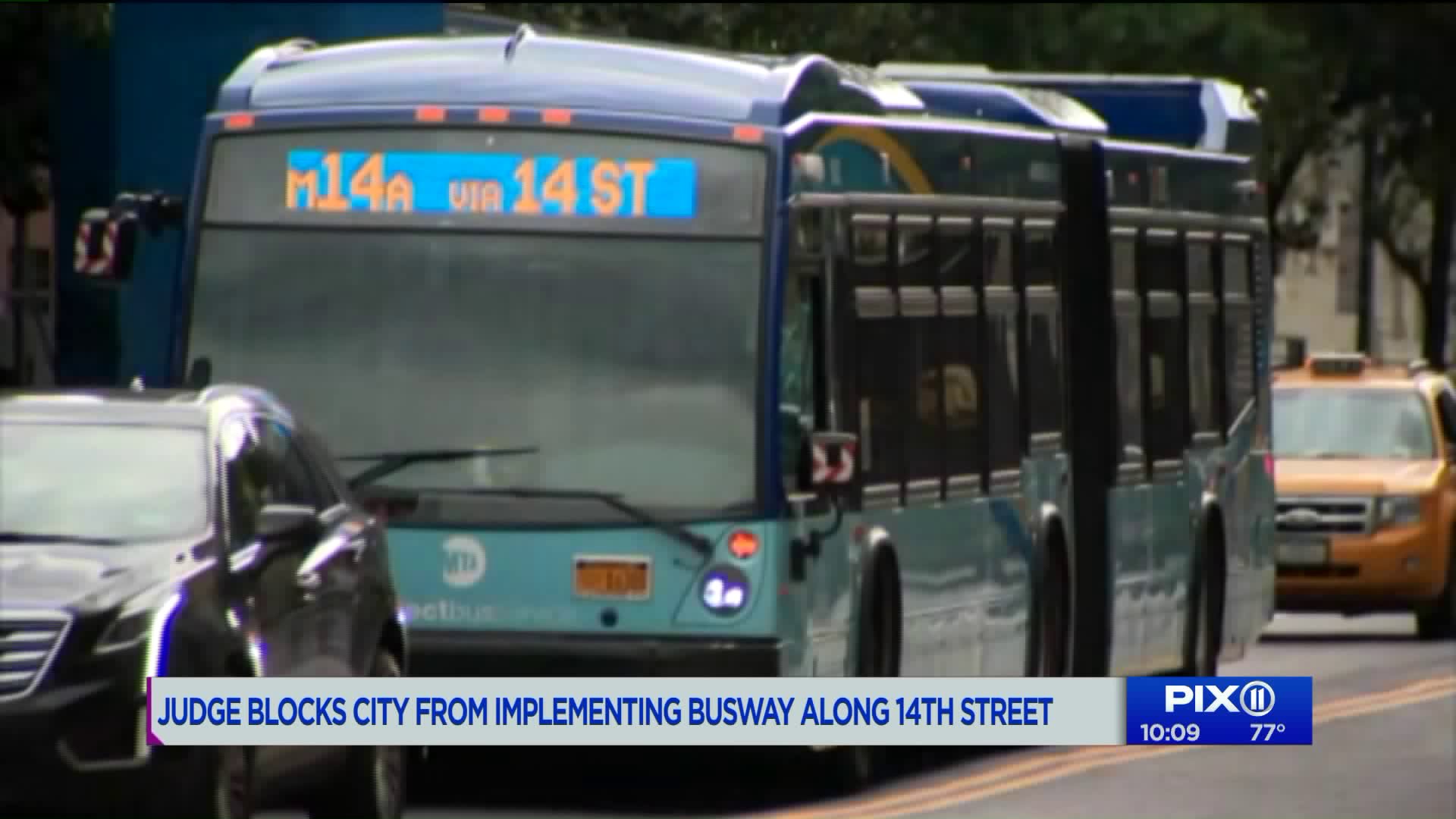 Judge Troy Webber of the Appellate Division in Manhattan ruled Friday afternoon for the group that is suing to stop the reconfiguration of 14th Street in Manhattan.

They argue that the city didn’t go thru the proper environmental process when it proposed a busway.

Attorney Arthur Schwartz brought the lawsuit along with some neighbors. He believes the new order will be in place until the case is decided.

NYC DOT was preparing to implement the plan Monday morning after a different judge lifted the temporary restraining order.

It would also have allowed for deliveries and local pick up/drop offs.

The city was going to use an outside firm to monitor traffic on 14th and surrounding side streets in Chelsea and the Village.

The pilot plan was going to run 18 months and then be evaluated. NYC DOT officials believe they have jurisdiction to make the changes.

"The new design for 14th Street is the solution for a congested corridor where a small fraction of people drive, and where buses move at walking speeds. But relief remains out of reach for New Yorkers who ride the M14 — the slowest bus in the city — thanks to yet another round of legal maneuvers from a small group of wealthy, well-connected West Siders,” says Transportation Alternatives’ Senior Director of Advocacy Thomas DeVit.