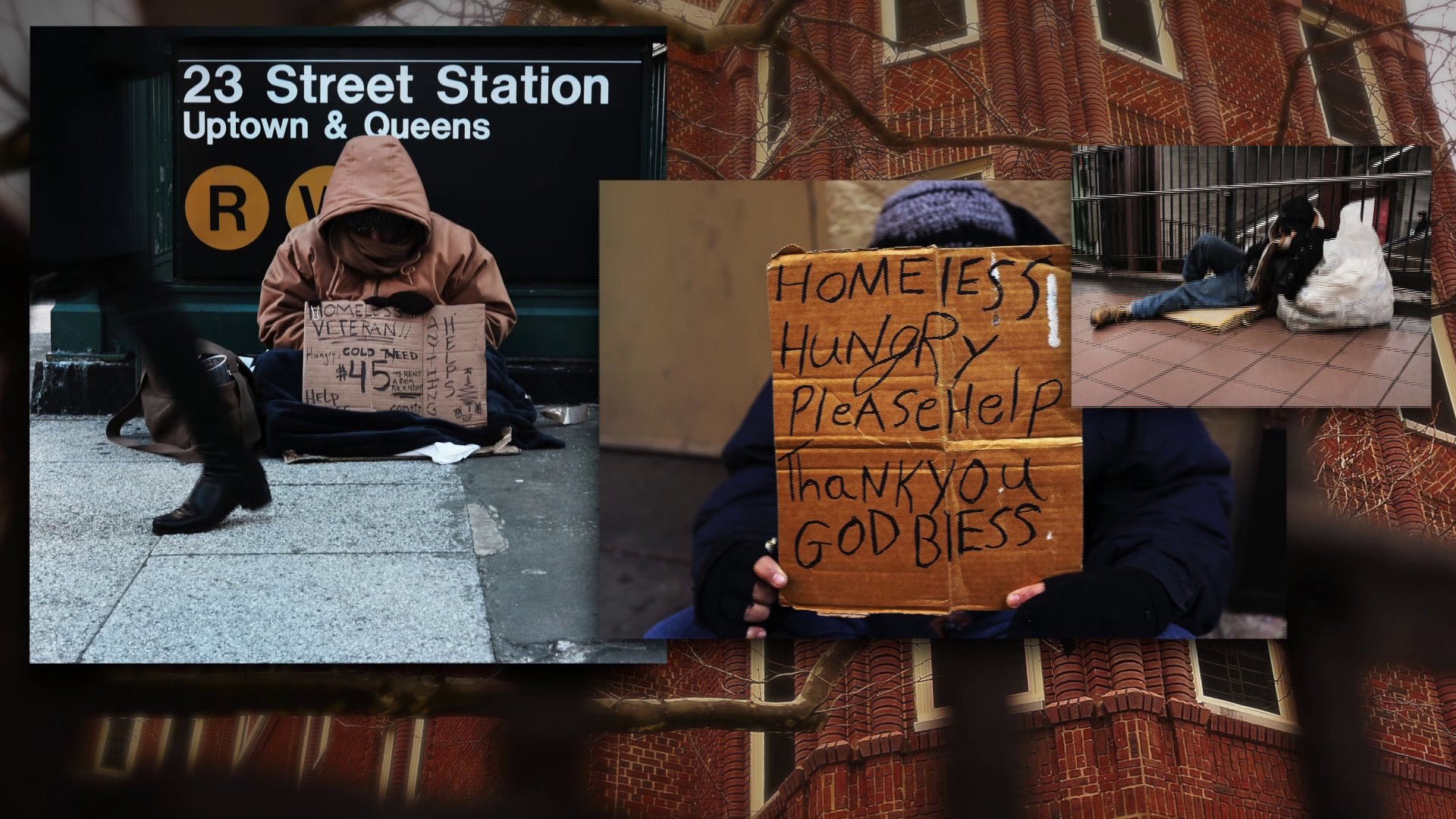 Let`s establish one fact, which is widely accepted among homeless men living in New York City, including Raul Silva, a native of the Parkchester section of the Bronx: it`s dangerous inside a men`s shelter.

NEW YORK — Let’s establish one fact, which is widely accepted among homeless men living in New York City, including Raul Silva, a native of the Parkchester section of the Bronx: it's dangerous inside a men's shelter.

He says some homeless shelters are more concerning than others.

A lot of fights, a lot of arguments, getting hurt," said Silva.

Another fact: in spite of Mayor Bill de Blasio’s assurances that his master plan to address the homeless crisis in New York City would actually turn the tide on homelessness, the reality is, the results have been mixed, especially when it comes to working with communities to expand the city’s network of homeless shelters.

Over the last few years, we've attended countless, tense filled community meetings where residents have routinely accused the de Blasio administration of leaving them out of the decision making process over what type of shelter would come into the community, and where it'd open.

City Homeless Services officials readily admit that the process starts with a shelter provider choosing a proposed location with no immediate input from the community.

The question we're asking: "Why?"

To be clear, we are not talking about a NIMBY — a “Not In My Own Backyard” issue.

This story is about residents who acknowledge the homeless in their communities, and don’t object to an incoming shelter.

They just want more of a say on where it should open its doors.

"So it's a security question that should be raised, know what I'm sayin?" said Silva.

For the last several months, we’ve been investigating — digging, and following a paper trail that exposes just how the de Blasio administration’s shelter selection process begins.

In the Parkchester section of the Bronx, where the city is planning to open a men’s only shelter on Westchester Avenue, we don’t know exactly when that process began.

We dug up a Department of Buildings application from November 2018 which shows the de Blasio Administration at that time became aware of a Brooklyn based architecture company’s intentions to change the number of dwelling units, change the type of "Occupancy and/or Use", and change the building occupancy classification from “commercial buildings”, to residential, hotels, and dormitories.

In short, the descriptions on this November 2018 form sound a lot like a homeless shelter — a shelter that would be surrounded by several existing schools, a library, and an adult day care center.

But city Homeless Services officials recently confirm to PIX11 the agency took another three and a half months to begin telling the residents of Parkchester.

Notice to the community, including Community Boards and elected officials, was provided on February 22 2019.

In other words, the ball was already rolling on the application process. Permits, architectural plans — with the community, still in the dark.

But that’s not all.

We sat down with Bronx native William Rivera, District Manager for Community Board Nine, which covers the proposed Parkchester shelter site.

He runs the day to day operations at CB9.

We asked Rivera when he first became aware of the plans for that shelter in Parkchester.

Rivera agreed with his residents — on February 22nd — that this is a bad site for a men’s only shelter.

"This location, even though it might be a legally binding location, an "as of right," something they can do at this location — I don't think it's a smart location for this type of shelter," said Rivera.

But according to CB9’s own office records, it took another 8 weeks to hold its first open community notification meeting.

When asked if that was indeed the case, Rivera responded, “April 12th, yeah.”

The de Blasio administration’s shelter application and notification process that left residents out of the loop in the Bronx is not unique.

"The process is the Mayor. He controls the process," said Bronx Councilman Ruben Diaz, Sr.

"We had no idea that they already identified that site. I feel this is part of the process that we have to change," said Rodriguez.

Staten Island Councilman Joe Borelli tells PIX11, "It's just backwards planning. It's backwards policy. And when you have the 'jam it down your throat' mentality of Bill de Blasio, this is what's going to happen every now and then."

The universal theme in all of these interviews — a plea for the de Blasio administration to give communities more input in exactly where a shelter should go in their neighborhood.

"If there's no real way for people to feel they have input, that this is fait acompli, that you're just going through the letter of the law, that's also a problem," said City Public Advocate Jumaane Williams.

"I have found, if you engage with communities, it takes a little longer, but you can find ways to work with people, for things we all know we need."

We reached out repeatedly to the city’s Department of Social Services — which oversees the Department of Homeless Services — for an opportunity to sit down with Mayor de Blasio’s point person on the homeless crisis, Commissioner Steven Banks.

We hoped to ask him directly what’s stopping the administration from allowing communities to enter the decision making process, sooner.

We also submitted several Freedom of Information requests, seeking more information on how the shelter selection process evolved in the Bronx.

Agency officials failed to provide any interview opportunities with Commissioner Banks in time for this report, and we were recently informed our records request have been delayed, again, until at least late September.

We’ll be following up.