Vandals target at least a dozen vehicles in the Bronx; valuables stolen: police 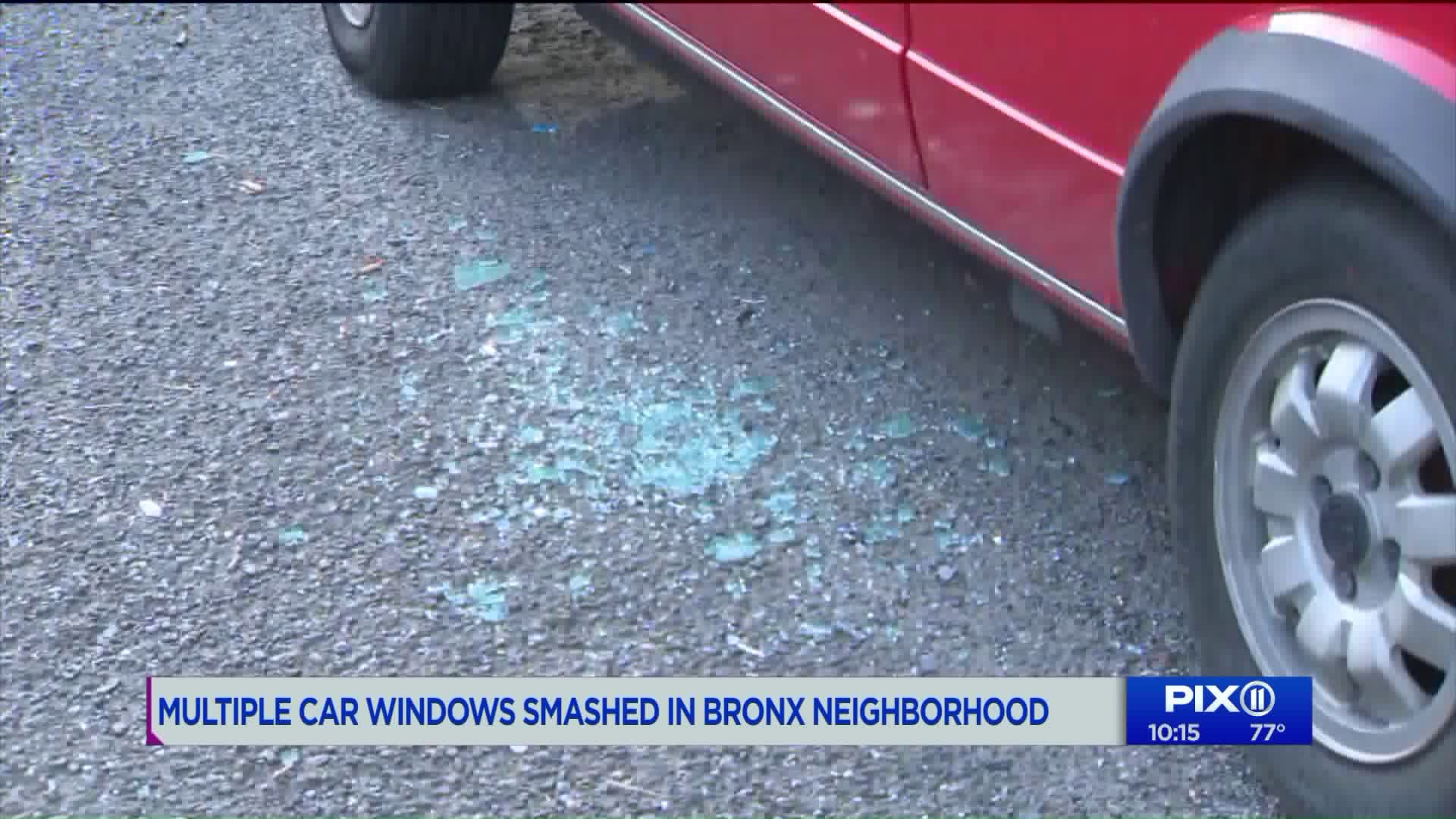 RIVERDALE, the Bronx — At least a dozen vehicles were vandalized early Friday.

In each case, the passenger window smashed.

“It’s just crazy. People can’t spend their time to do better things, you’ve got nothing better to do than to break into people’s cars?” asked Jovani Joseph.

It's the same question people who parked along Broadway outside Riverdale's Van Cortlandt Park are asking.

Joseph said he was alerted to the car breaks by his uncle, who first noticed the damage to several other vehicles around 8 a.m. Knowing his nephew parked in the area, he told him to check. Joseph discovered the unfortunate — his car was vandalized.

Neighbor Richard Diaz tells PIX11 he was awakened by a blaring car alarm around 4 a.m.

“I look outside because an alarm just doesn't go off like that, so I kept looking, and I saw a bunch of people,” said Diaz.

“I don't know if they were kids, but I did see people running back and forth.”

Joseph is about to start his senior year at St. John’s University. He's been working all summer and now he has to spend a hard-earned paycheck to replace the glass.

“When I got to my car, I saw they went through my stuff, my glove compartment was open,” said Joseph. Joseph doesn’t keep any valuables in the vehicle, so nothing was taken. He says the culprits even went through his trunk.

Neighbors tell PIX11 this is a quiet, residential area and this has happened before, but they're unsure if it’s the same person or people breaking into cars.

Solange Pena’s Mercedes SUV was also targeted. “I had to get a police report, take it to the car wash to take all the glass out, lose a day of work and pay $500 for the glass,” said Pena, listing all the inconveniences.

The thieves also stole her laptop and cellphone out of the SUV.

“When I wake up to go to work, we find out the window was broken,” said Pena. “It was in pieces it was really bad.”

When asked what she would say to the vandals, she was at a loss for words and got emotional.

The vandals also struck vehicles along the side streets. Some of the car owners have filed police reports, and the NYPD says they're investigating.