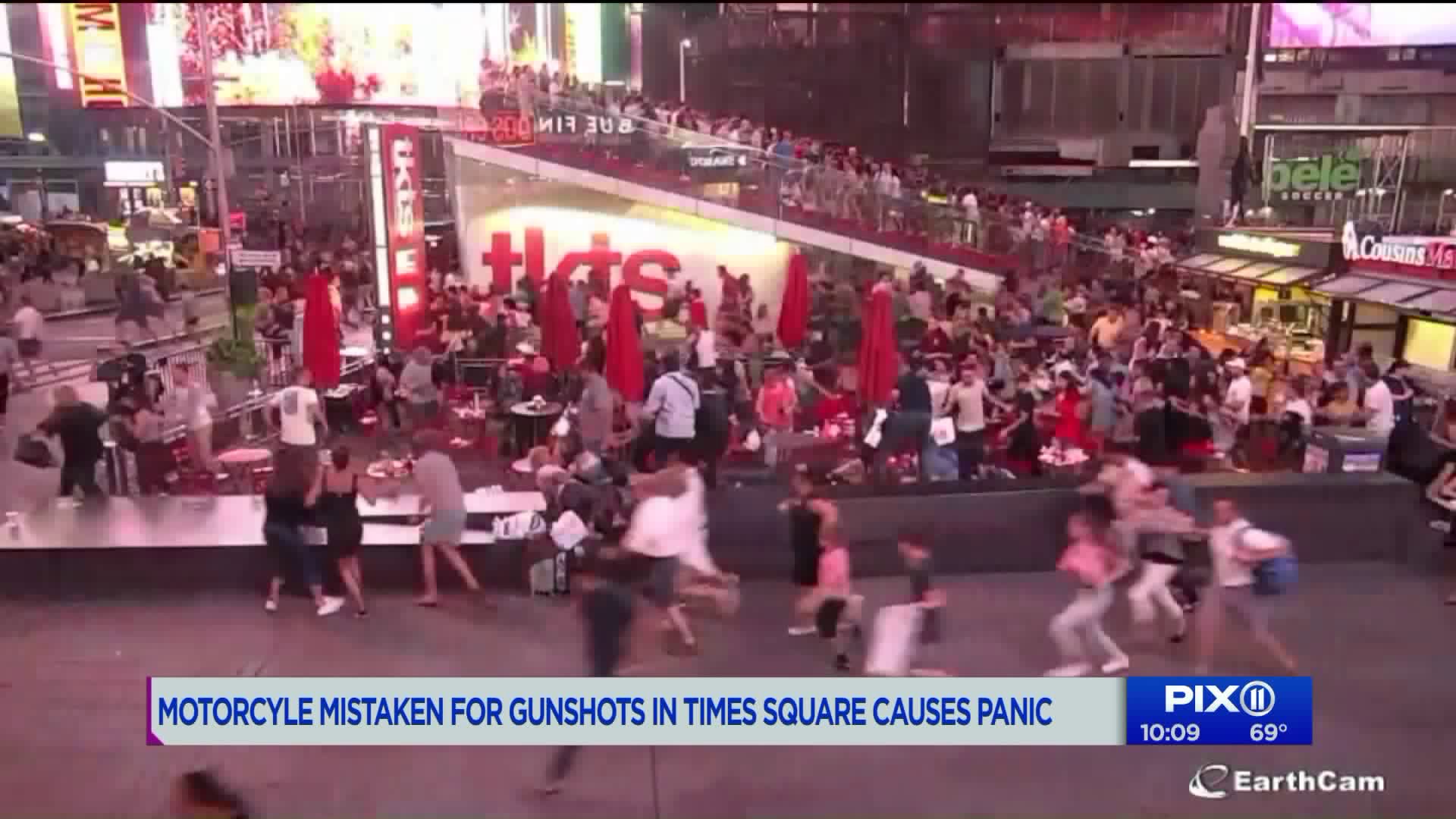 After 31 people were killed in two mass shootings in El Paso, Texas, and Dayton, Ohio, in less than 24 hours over the weekend, the sudden discharge of loud noises Tuesday night had people screaming as they fled in one of New York City`s most popular areas. 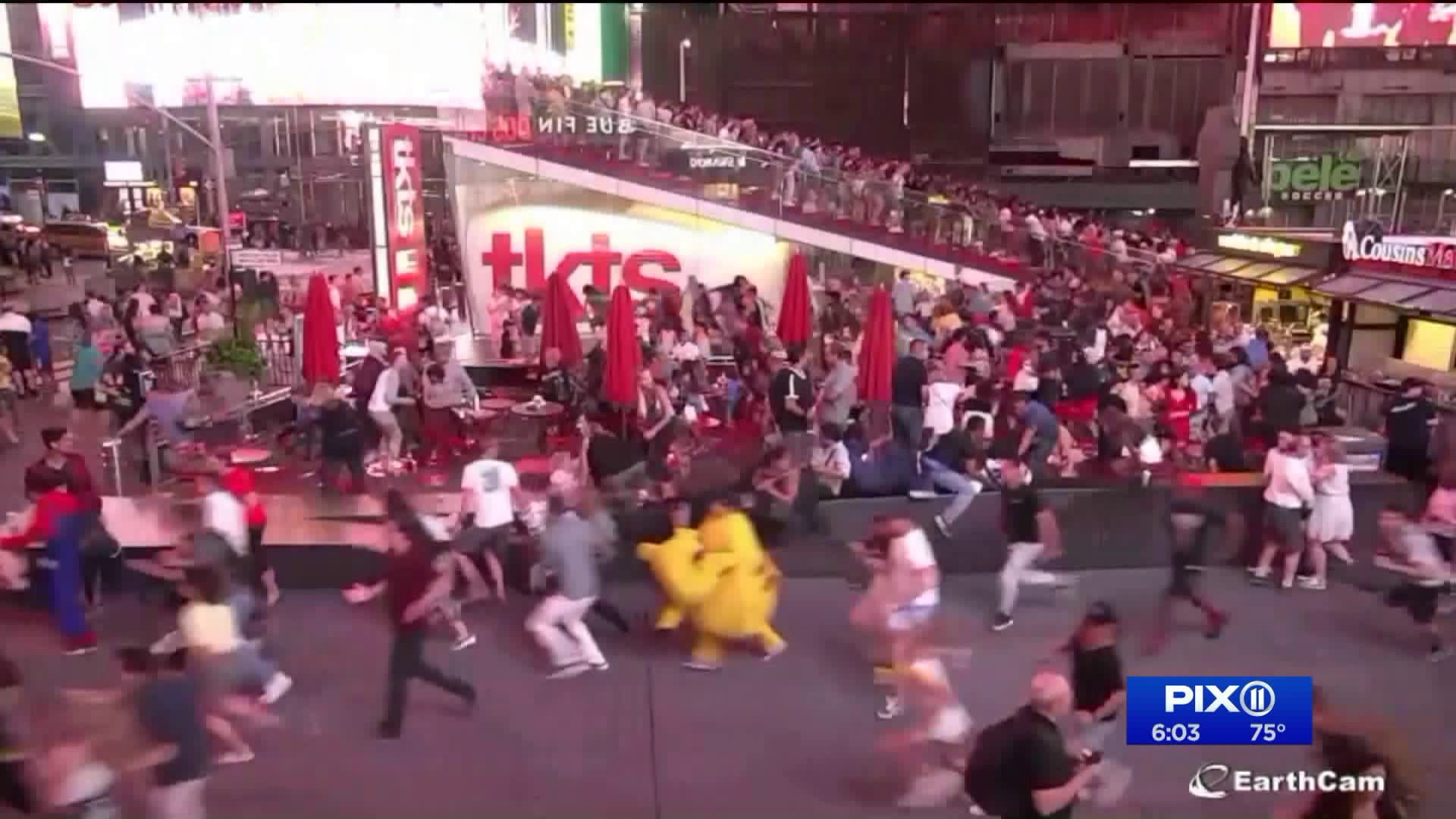 TIMES SQUARE, Manhattan — The NYPD is looking to talk to six men who were riding motorcycles through Times Square Tuesday night.

One or more of the motorcycles backfired and people thought it was gunfire. People scrambled, running for cover. Many ducked into stores, restaurants and theaters.

But there was no shooting.

"The tragic events that have taken place in Dayton and in El Paso and other parts of the country in the last seven days, it's on everyone's mind. It's a concern. It's in their subconscious," he said.

Dr. David Straker, a Manhattan psychiatrist, said it's not surprising people are scared and would automatically think it's a mass shooting.

Chief Waters said the Counterterrorism Unit learns from each mass shooting about how to keep New Yorkers and visitors safe.

"We are looking now at what happened in Dayton, and we're making adjustments in our deployments to change things up," Waters said.

There were minor injuries as people scrambled for safety. The FDNY said it treated nine people and six went area hospitals.