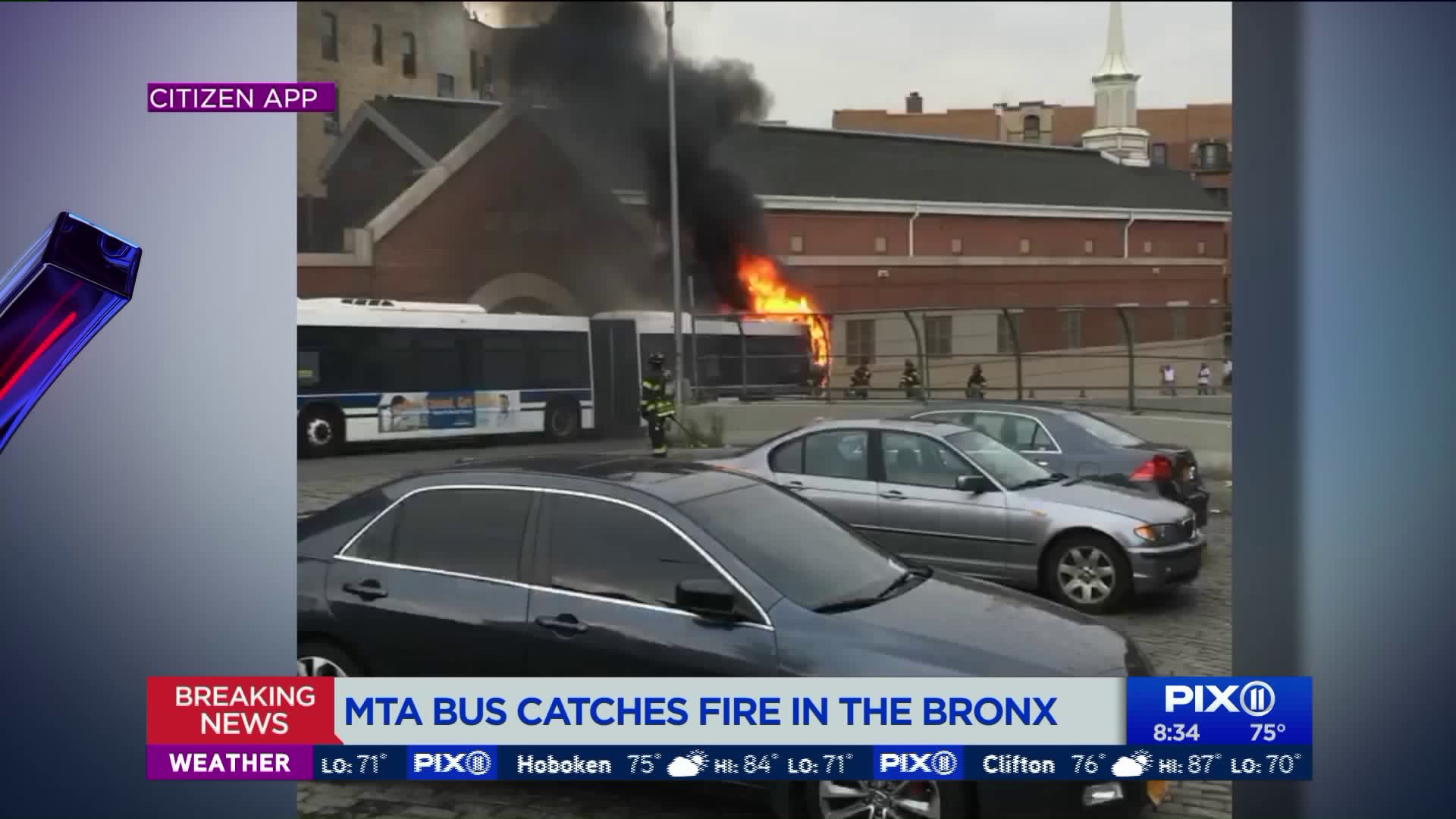 An MTA bus caught on fire in the Bronx. Heavy smoke and flames were seen coming out of the rear of the bus. No injuries were reported.

FORDHAM MANOR, the Bronx — An MTA bus became engulfed in flames in the Bronx Wednesday morning.

It happened along Grand Concourse and East Kingsbridge Road shortly after 7:30 a.m.

The blaze appeared to have been contained to the rear of the bus.

The bus driver initially smelled smoke, then smelled smoke before rushing passengers off the bus, according to witnesses on scene.

All passengers got into another bus, witnesses said.

No injuries were reported. The bus driver was taken to a nearby hospital for observation due to the fact she is asthmatic.

Video from Citizen App shows the bus on fire, with heavy smoke coming from the vehicle.