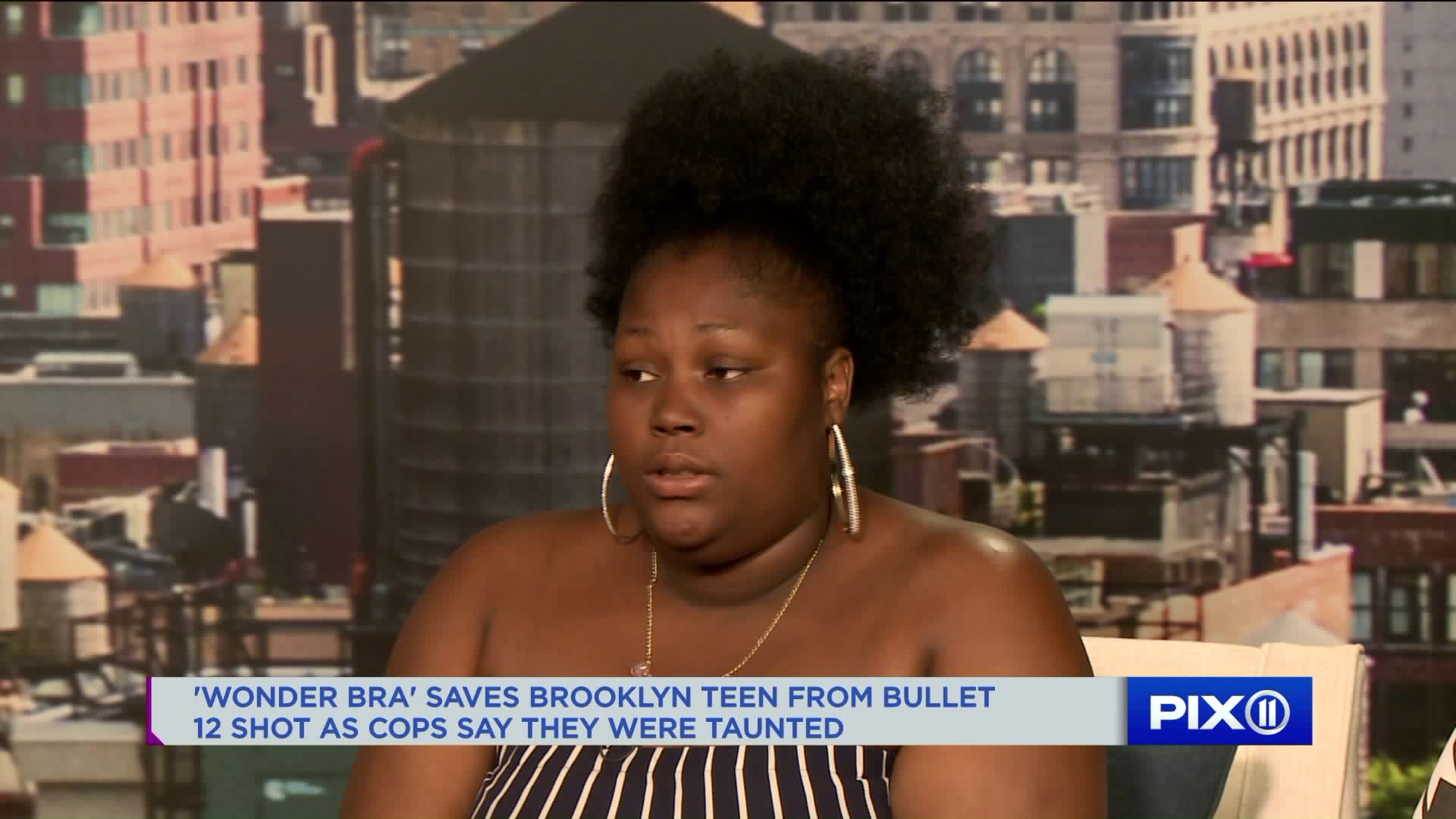 A 21-year-old woman was saved from gunfire during a gang-related shooting at an annual festival in Brownsville, Brooklyn. The miracle survivor of the gunfire joined us with her mother, after one person was killed and 11 others were injured at Old Timer's Day.

BROWNSVILLE, Brooklyn — Police are revealing new information about the July 27 shooting in Brownsville that killed one man and injured 11 other people.

Authorities said Tuesday they believe two groups were involved, possibly rival gangs shooting at each other.

One of the firearms links back to a prior July shooting, detectives discovered.

The second firearm was determined to be “community firearm” — a gun used or shared among a gang or crew. Police say they made that discovery using DNA evidence.

One person remains hospitalized from the shooting; the rest of the victims have since been released from the hospital.

Thousands of people attended the Old Timers Event, which has been going on since 1963.

"They don't want to be defined by this; this event will continue," Police Commissioners James O'Neill said, speaking to the longstanding tradition at a press conference after the shooting.

Half of shootings and homicides in the 73 precinct, which includes Brownsville, are gang-related, according to O'Neill, adding that cleaning up the area is bigger than the department alone, and that finding at-risk youth necessary.

"There's just not enough to do, or if the programs are out there they don't know about that," he said of keeping young people out of gangs, especially in parts of the city with higher crime rates.

Officials have increased award to $10,000; police are still urging anyone with information to come forward.

Reporting from Nicole Johnson and Narmeen Choudhury was used in this story.