Teen wanted for questioning in connection with shooting near Brooklyn playground: police 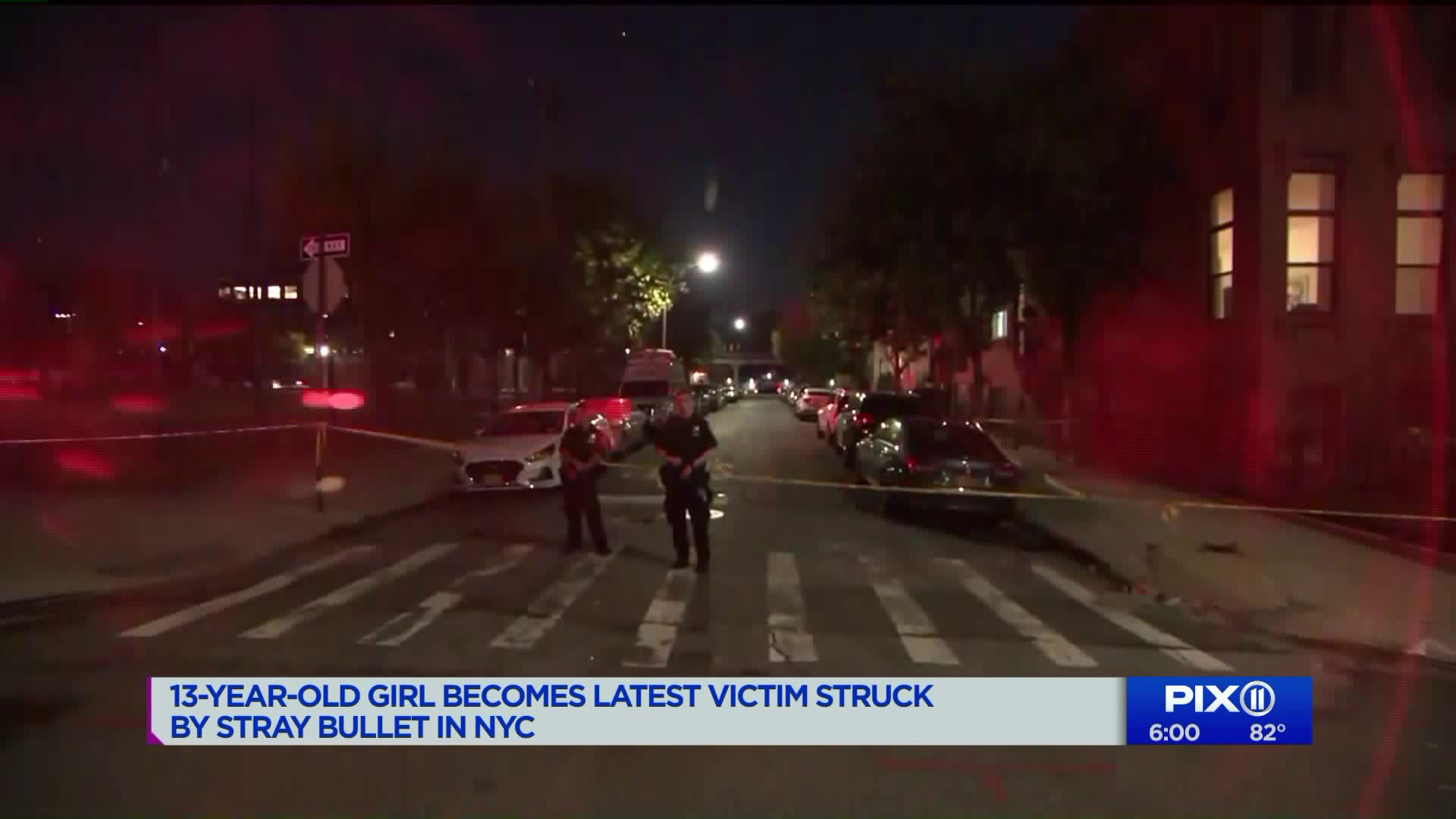 A 13-year-old girl is the latest innocent victim of gunfire this summer. She was injured at a Brooklyn playground. Police do not believe the girl was the intended target. Several children are among the bystanders shot this summer.

BROOKLYN — Police are searching for a 19-year-old in connection with an assault, a non-fatal shooting that occurred in Brooklyn.

The shooting happened on Wednesday, July 24 just before 8 p.m.

This child was sitting on a park bench outside St. Andrew’s Park in Bed-Stuy, at the corner of Herkimer Street and St. Andrew’s Place, enjoying a perfect summer night.

Police said she heard the shots, then felt a searing pain in her left shoulder, and realized she’d been hit.

The girl was rushed to a local hospital in serious condition, a police official said, but she is expected to recover.

"I was walking through the park last night and heard what I thought was firecrackers. And then I wanted to run. I wanted to flee, but I didn’t know which way to run. It was a paralyzing feeling,” witness Ebony Alfred recounted to PIX11's Kirstin Cole.

Police do not believe the girl was the intended target.

The individual in the photo, 19-year-old Walter Ahziem, allegedly discharged a firearm that struck a 13-year-old girl inside St. Andrew's Playground, according to police.

Anyone with information in regard to the location of this male is asked to call the NYPD's Crime Stoppers Hotline at 1-800-577-TIPS (8477) or for Spanish, 1-888-57-PISTA (74782). The public can also submit their tips by logging onto the CrimeStoppers website at WWW.NYPDCRIMESTOPPERS.COM, or on Twitter @NYPDTips.