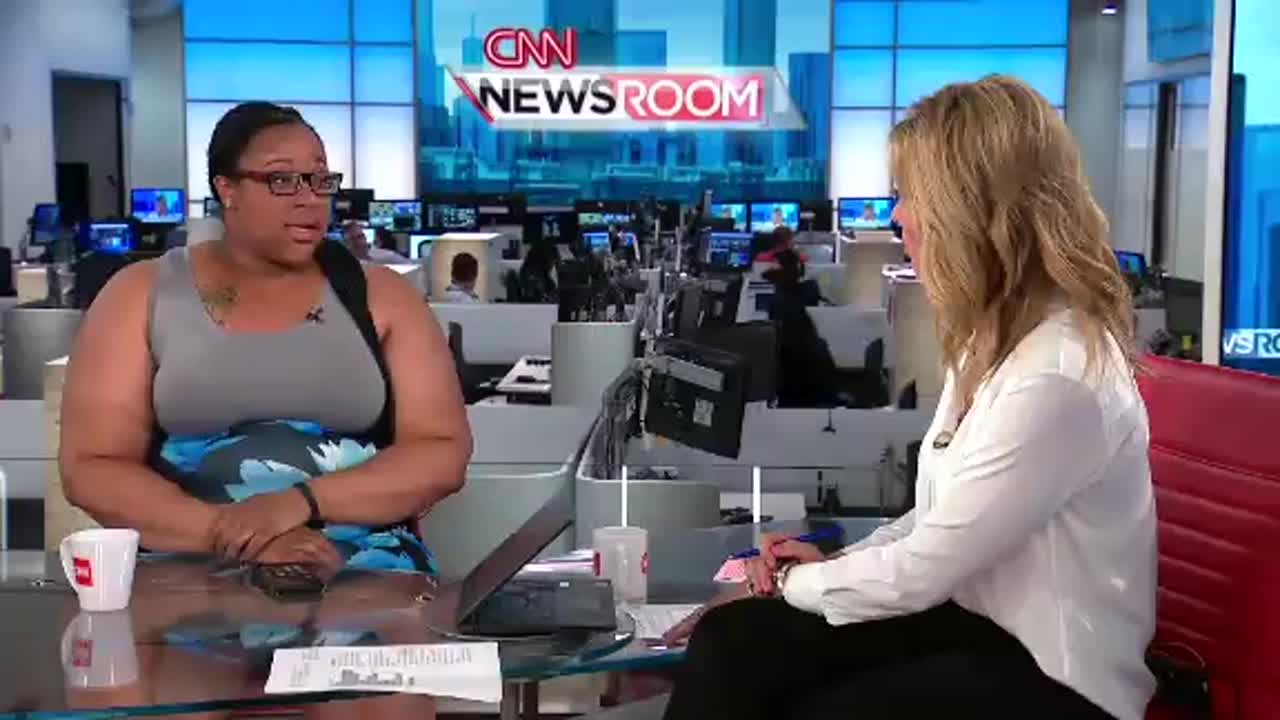 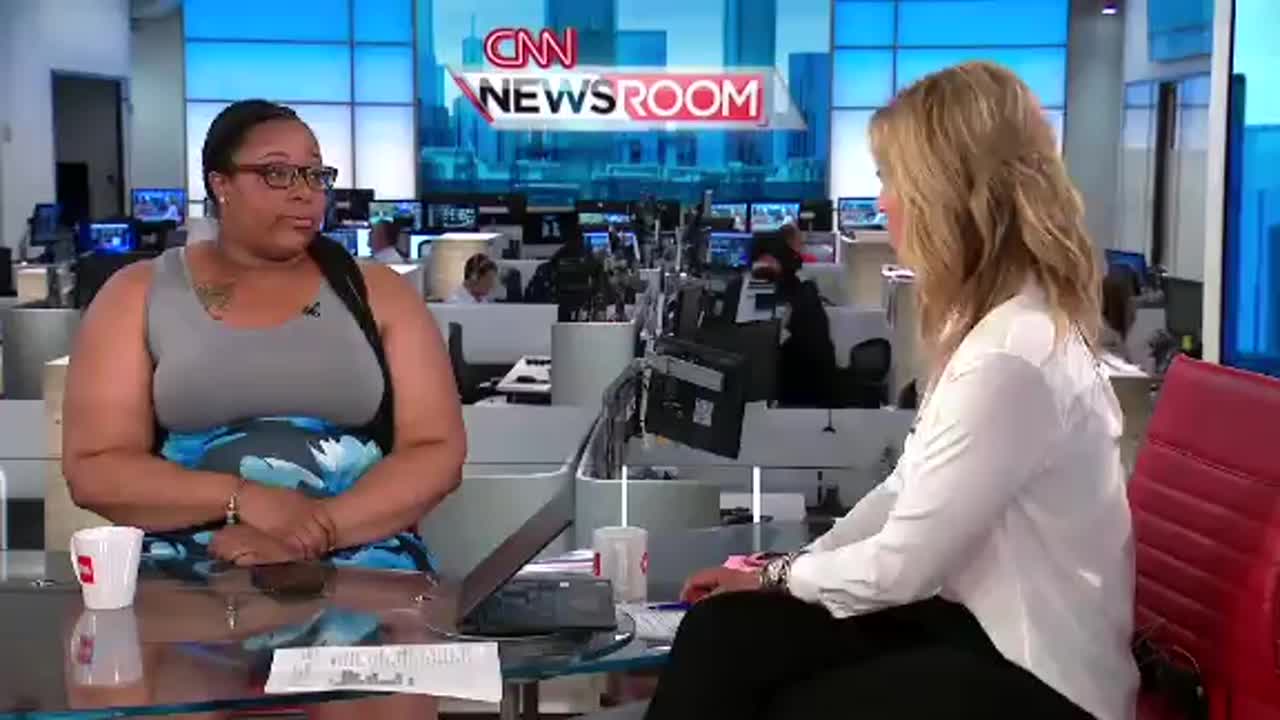 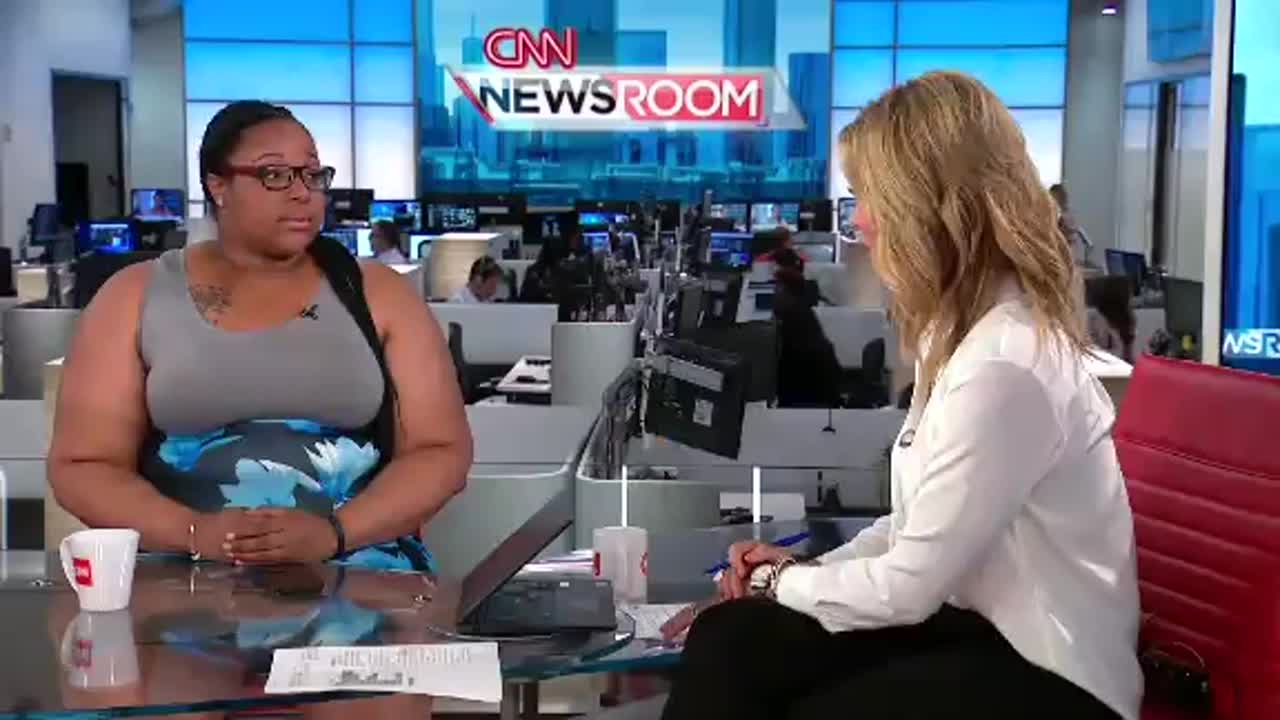 "Fire Pantaleo," people chanted from the Fox Theatre audience as, first Mayor Bill de Blasio and then Sen. Cory Booker, spoke. Talking to CNN Wednesday, Emerald Garner says that the Mayor de Blasio isn't someone she could see as a Commander-in-Chief given the way he handled her father's case and the city as a whole.

Officer Daniel Pantaleo is accused of using a fatal chokehold on Garner. He's still employed by the NYPD. Snipes echoes their thoughts and expressed anger that her taxes are helping pay Pantaleo's salary as he continues to be employed by the city.

"We've been waiting too long. Time's up, we need answers now," she said.

"I understand that they feel like there's a process and de Blasio feels like he needs to keep repeating the same thing over and over again. I will continue to say 'fire Pantaleo.' I will continue to call for someone to make a decision."

De Blasio has not said whether he believes Pantaleo should lose his job, though he's said he felt "it was an injustice of the highest order," that the U.S. Justice Department decided not to pursue federal charges against Officer Pantaleo.

During the debate, he did promise Garner's family would get justice within the next 30 days. He offered no details on what that meant.

Garner offered harsh words for President Trump as well, suggesting he's part of a culture that allowed her father to die.

Video of the chokehold death galvanized the nation.

Garner is heard on bystander video crying out "I can't breathe" at least 11 times before he falls unconscious. He later died.

Garner's mother has said she hopes NYPD Commissioner James O’Neill will “do the right thing” and fire Pantaleo.

A New York state grand jury had also refused to indict the officer on criminal charges.