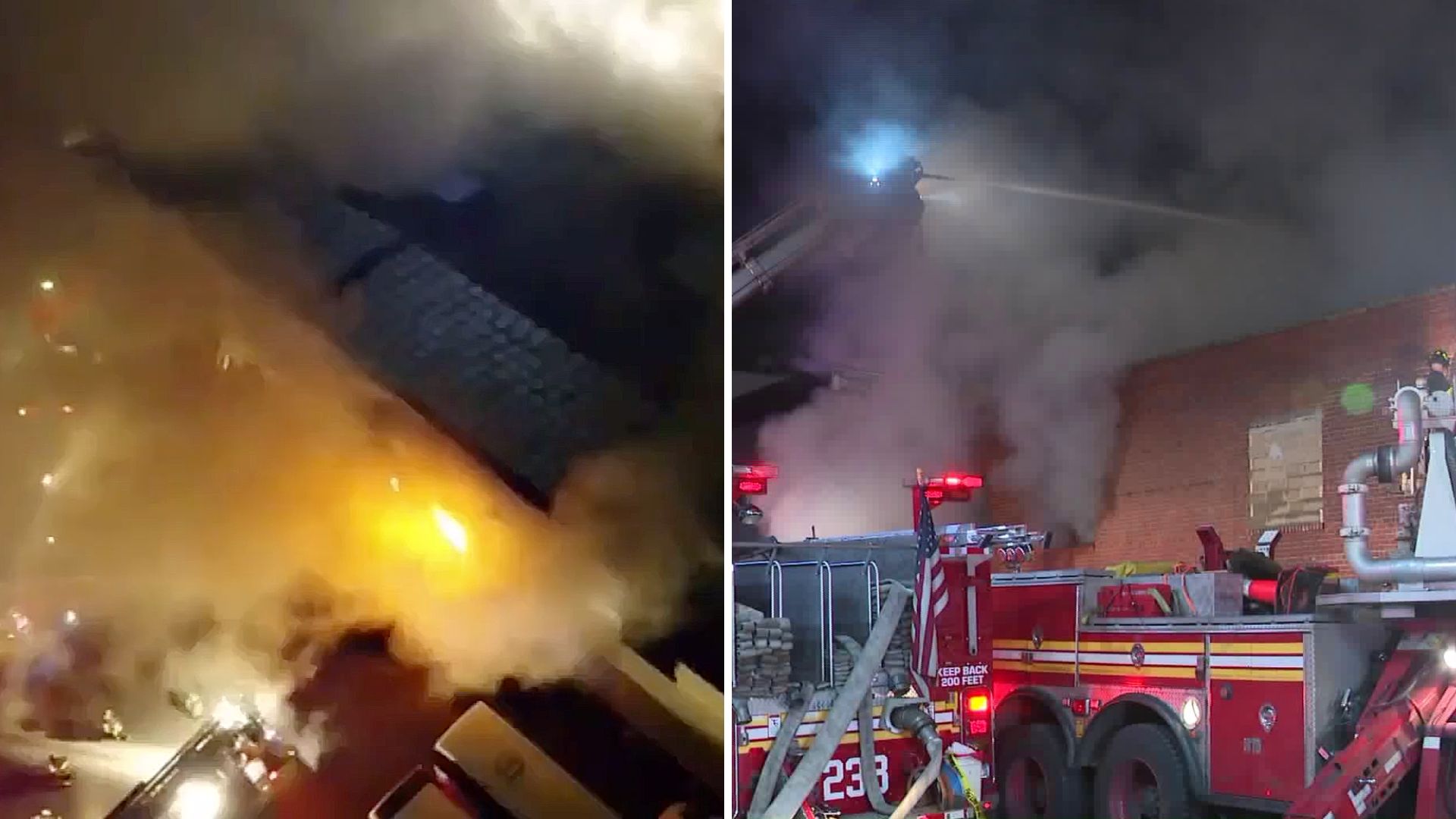 A fire sparked deep inside a restaurant supply warehouse in Greenpoint, leaving it initially difficult for firefighters to access. At least five firefighters sustained minor injuries in the blaze.

GREENPOINT, Brooklyn — At least five firefighters were injured early Thursday while battling a large fire burning in a Brooklyn warehouse, the FDNY said.

The call for the flames came in just before 12:30 a.m. and the first fire units arrived on the scene within four minutes, Chief of Fire Operations Thomas Richardson said early Thursday during a news conference.

Richardson said the fire sparked deep inside a restaurant supply warehouse at 259 Monitor St. in Greenpoint. The fire official said the fire was initially difficult to access in the large warehouse with multiple shelving units.

Due to building issues and the firefighters' safety, units were moved outside, to attack the fire from the exterior, after just an hour working inside the warehouse, Richardson said.

#FDNY members are operating on scene of 3-alarm fire, 259 Monitor St. in #Brooklyn. There are currently no injuries reported. pic.twitter.com/Qp029t6KEN

Five firefighters sustained minor injuries battling the blaze and were transported to area hospitals, EMS Chief Lillian Bonsignore said at the news conference, adding that they were lucky there weren't more serious injuries given the size of the fire. Nobody was inside when the fire broke out.

Roughly 200 firefighters and EMS responded to the scene, officials said.

"I was worried there was damage because we have a wood shop right next door," Howie Courneyer, who works next to the warehouse, told PIX11 Thursday morning.

Fire officials said most of the visible fire was extinguished by around 4 a.m. but that it was not fully under control, as units were still working on "pockets" of fire at the location.

Nothing about the fire appears to be suspicious, the FDNY said.