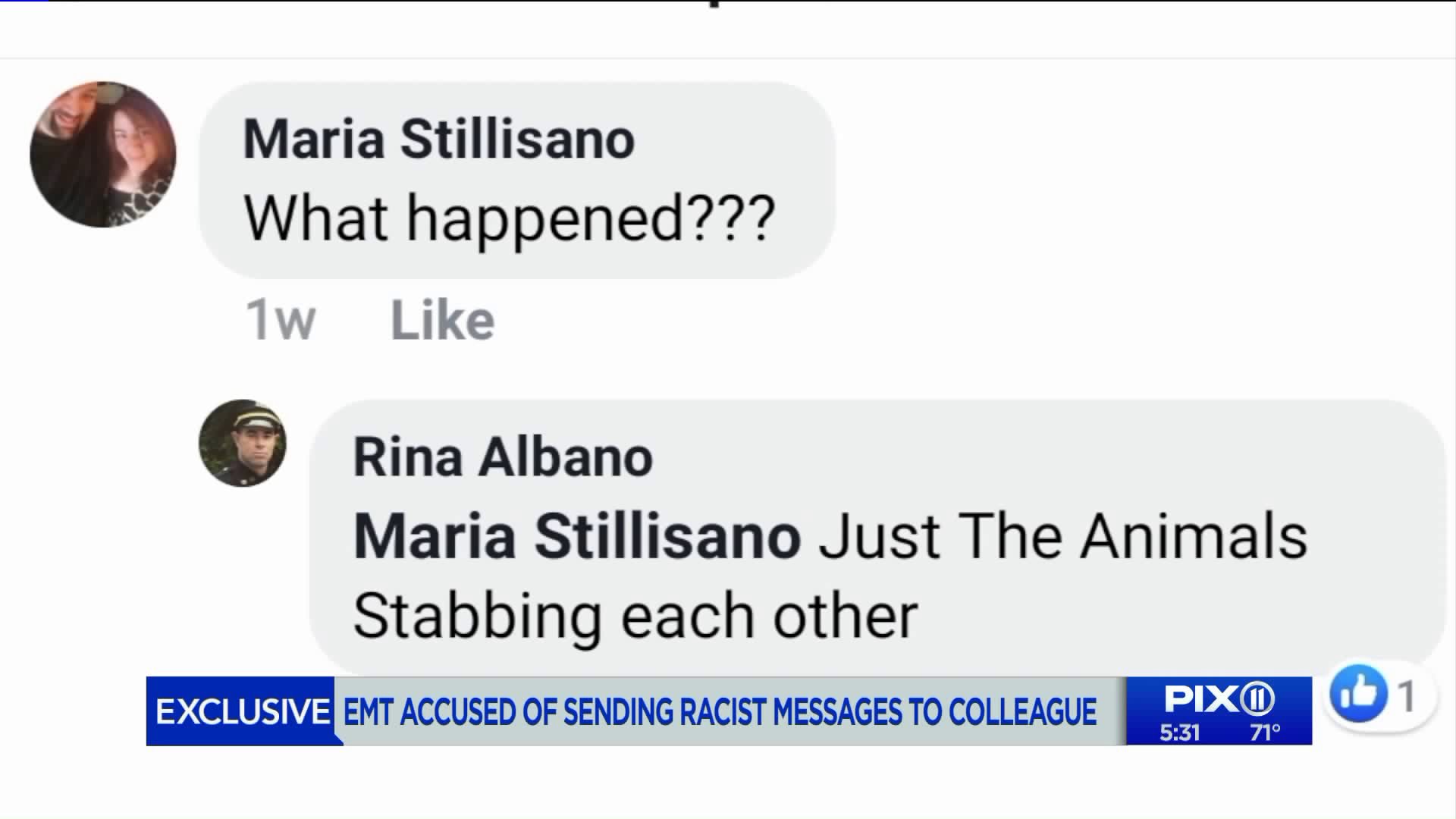 An EMT caught sending racist messages to a colleague.

MANHATTAN — EMTs at NYU Langone are responsible for saving lives, but PIX11 has learned that one may be doing their job with an offensive mindset.

A colleague of Cathy Albano — we are concealing her identity — says she began following her on social media and saw she usually made off-color posts. However, she never expected to read Albano, known as "Rina" on social media, calling stabbing victims "animals," among other invectives.

"Just the animals stabbing each other," Albano wrote on a post when asked what was going on at a stabbing she had worked at.

“EMS is a frustrating job, I get that, but there is no excuse around it,” said the co-worker.

The colleague also pointed out a post from Facebook, Albano sounding off on the recent mass shooting in Brownsville.

"Last night all hell broke out in Brownsville with over 11 people shot, they were all screaming for the police," she wrote. "Why are you yelling for police. The police are too busy trying to dry out their uniforms from the water bucket attack.

"Stop calling the police when your ass is in danger, call a crackhead instead."

"People were concerned that work with her," said community activist Tony Herbert, who says Albano's colleagues reached out to him. "They don't want to work with her."

"How can we entrust any confidence in this individual in providing these type of services to keep us alive when in fact we don't even know that they would do that because of their racist overtone? They should fire her."

“We are taking these complaints very seriously and are looking into the matter,” a representative from NYU Langone told PIX11 in a statement.

Albano has not responded to PIX11's requests for comment.