Crane partially collapses at Manhattan NYCHA complex, residents left outside in the hot weather after evacuation 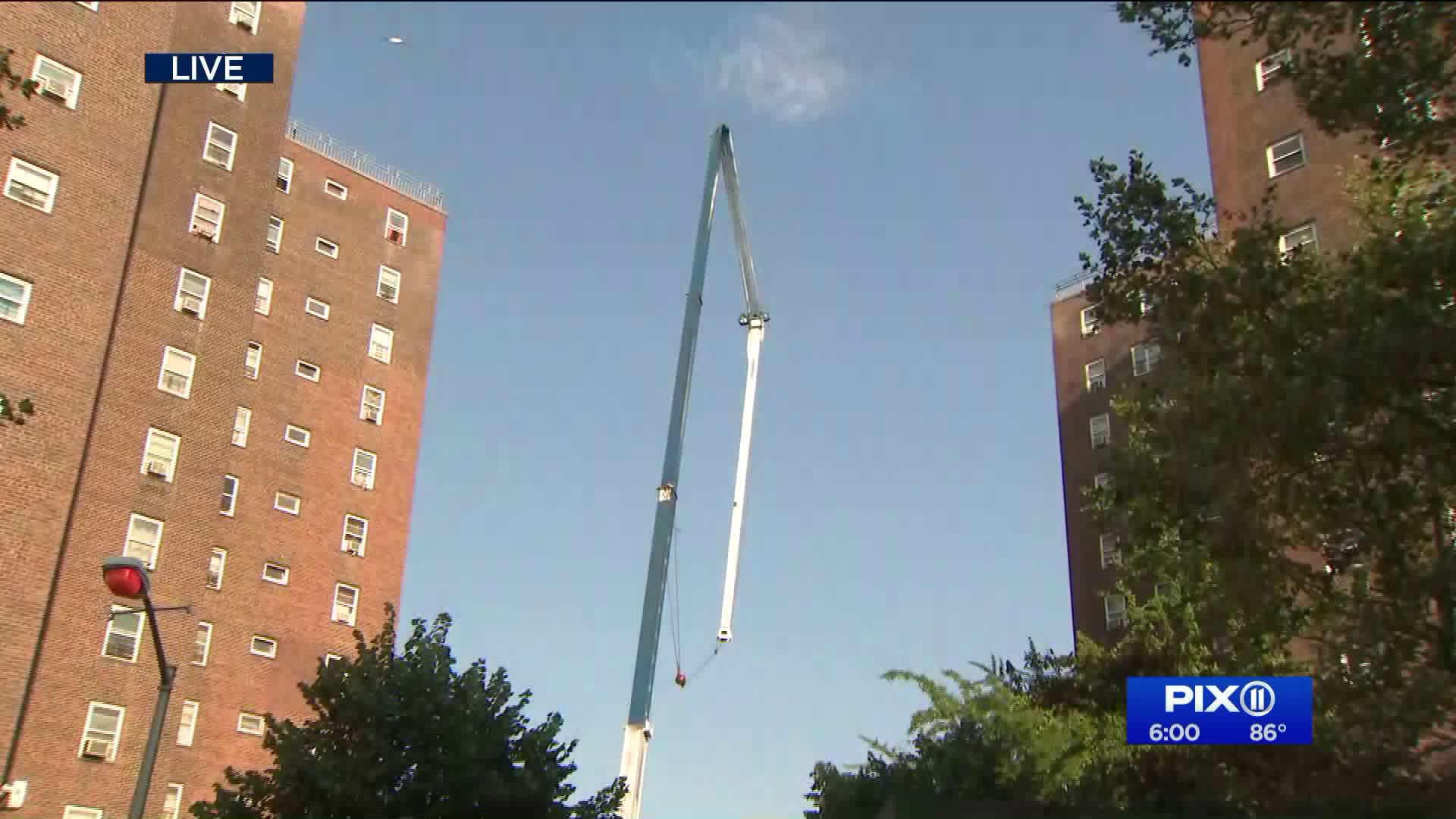 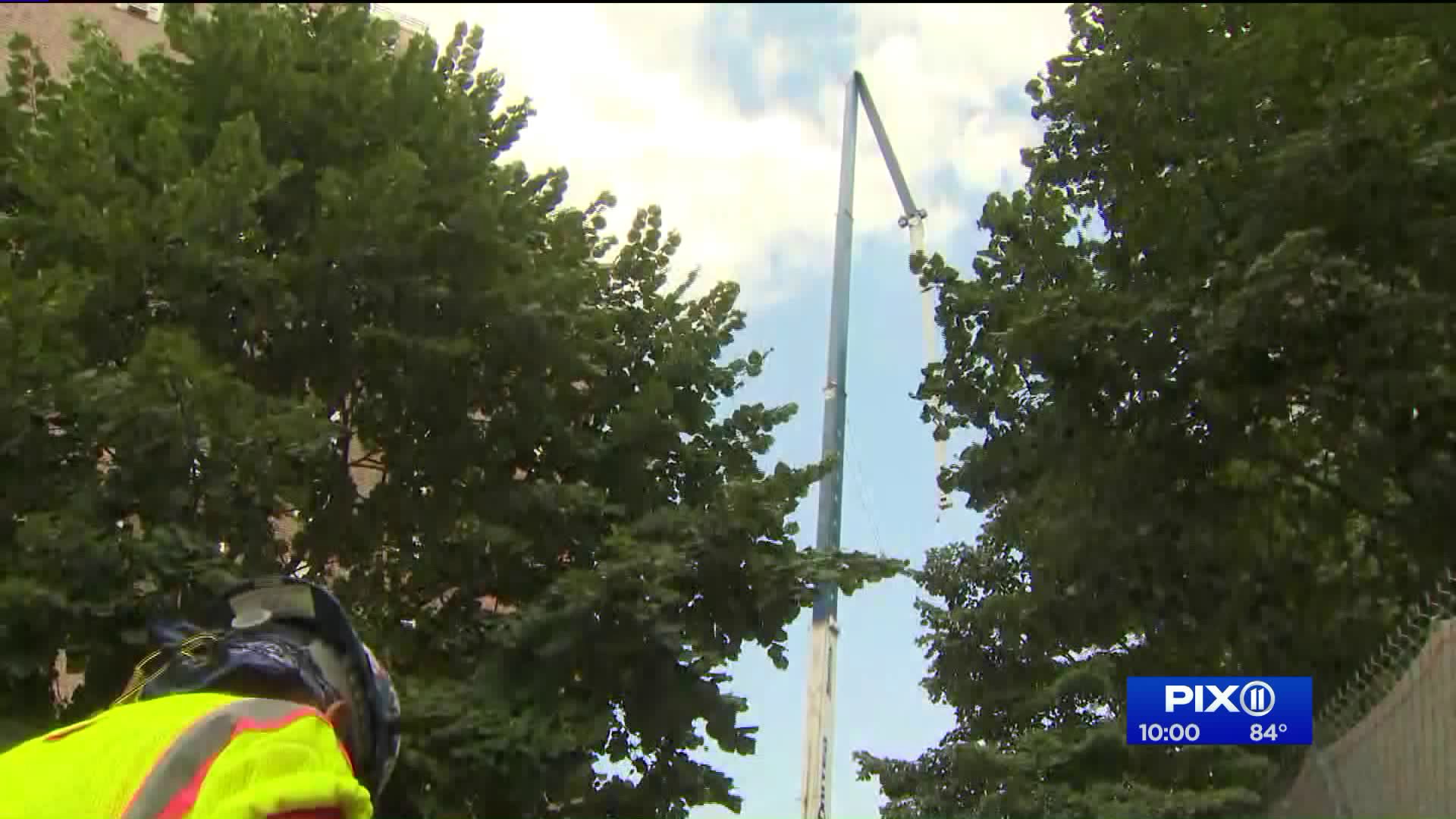 No injuries have been reported, an FDNY spokesperson said.

The crane had been lifting steel for some work on the roof when it partially collapsed, an FDNY official said.

"And then I hear the workers yelling. They say 'you have been been careful. You should have been more careful," resident Millie Gonzalez said.

There is a temporary evacuation order for families living in the building, Councilwoman Carlina Rivera said. Some were still stuck outside as of 8 p.m. in uncomfortably hot weather.

There are two cooling centers nearby. NYCHA officials said staff was on the scene to help residents. Staff needed to escort residents inside to get medications.

But some residents were unaware of NYCHA's outreach policies.

The FDR was closed in both directions around East 6th Street, officials said. Drivers were advised to use alternate routes and avoid the area if possible.