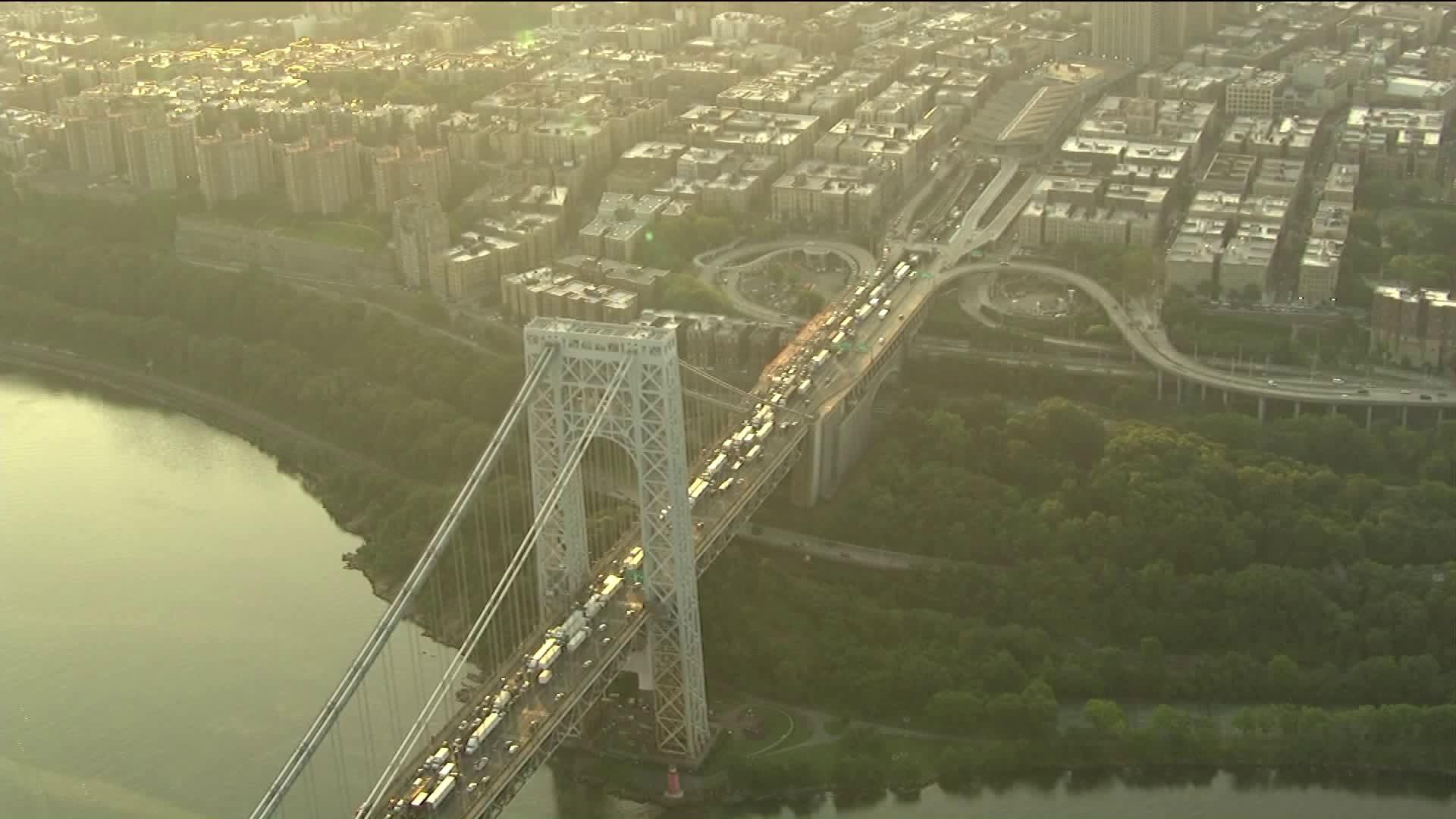 An apparent collision between two tractor trailers early Monday on the outbound upper level of the George Washington Bridge caused extensive traffic backups for motorists heading to New Jersey from New York, as at one point all lanes of the upper outbound level were closed. There were also delays on the inbound upper level, as one lane was closed for emergency vehicles early Monday morning.

NEW JERSEY — An apparent collision between two tractor trailers on the New Jersey-bound side of the George Washington Bridge early Monday is still causing traffic delays into the morning commute.

AIR 11 was over the scene Monday morning, showing the extensive backup above.

Initially, all lanes of traffic on the upper level of the outbound side of the bridge were closed early Monday.

Just before 7 a.m., all lanes of the outbound upper level were reopened, but motorists should still expect heavy residual delays during their commute, PIX11's Marrisa Torres says.

One lane of the inbound upper level was also closed early Monday for emergency vehicles, which is still causing delays up to 90 minutes for motorists heading into the city, as of 6:40 a.m.

If you're heading into the city and trying to avoid the GW Bridge delays, try the Holland Tunnel or the Lincoln Tunnel, if possible.

The GWB Upper to NY is experiencing a delay of 90 minutes due to earlier incident. [28]

Port Authority is also warning motorists of a 45 minute delay on the inbound lower level, due to an increased volume of traffic.

The collision, involving two tractor trailer trucks, happened around 1 a.m. but both trucks and cleanup crews were still on the scene as of 6:30 a.m.