One dead, two injured after flames break out in Queens apartment: officials 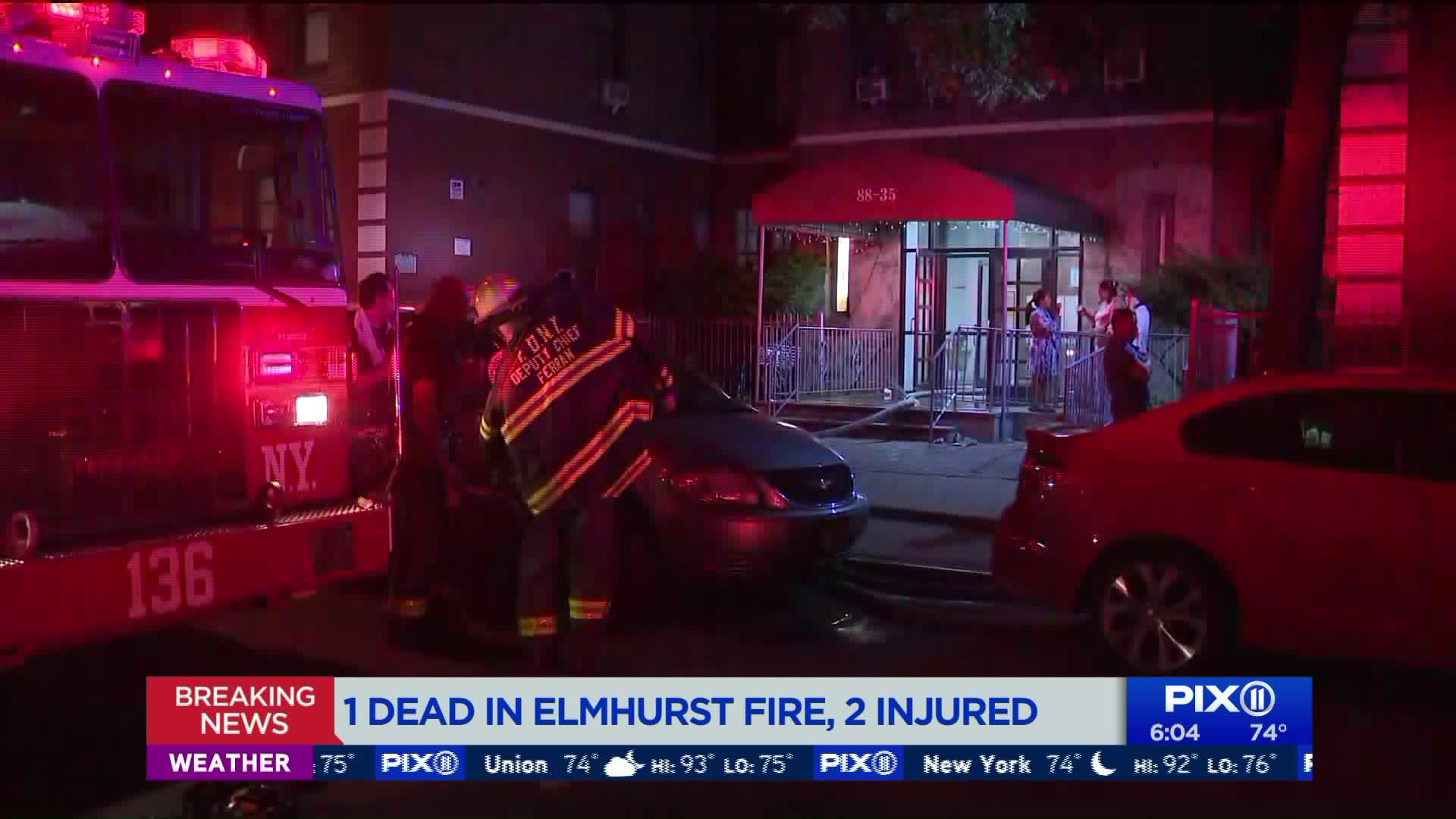 One person is dead and another is in critical condition after flames broke out in an Elmhurst apartment early Monday, July 29, 2019, authorities said. The call for the fire came in around 3 a.m. and the fire was under control just before 4 a.m. Two people were initially transported to Elmhurst Hospital in critical condition, one of whom has died, police said. A third victim sustained minor injuries, the FDNY said. 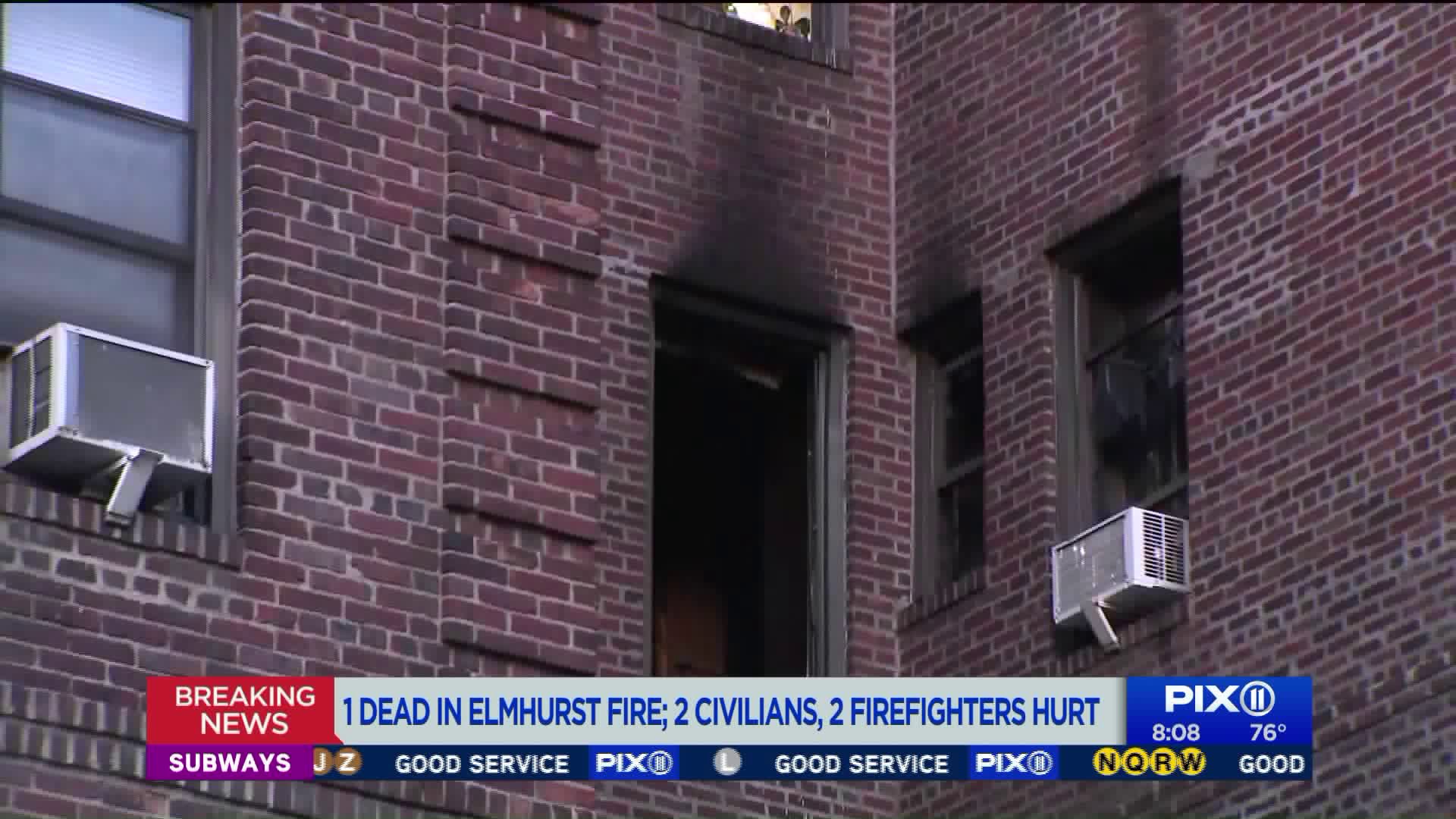 ELMHURST, Queens — One man is dead and another man is in critical condition after a fire trapped three family members in their Queens apartment early Monday, authorities said.

The FDNY said the call came in around 3 a.m. for flames in an apartment on the fifth floor of a building on Elmhurst Avenue, near Elbertson Street, in Elmhurst.

A 36-year-old woman who also lives in the apartment couldn't get out a window because of a child-safety gate, the metal bars screwed into many New York City apartment windows to keep children from falling out, FDNY Chief Mark Ferran said in a news conference Monday.

Firefighters were able to remove the child gate and rescue the woman on a ladder, Ferran said. She was taken to another hospital with minor injuries and is expected to fully recover, authorities said.

Two firefighters also sustained minor injuries while working to put out the fire, the FDNY said.

The fire was officially under control around 3:50 a.m., according to the FDNY.

Fire officials said there were no working smoke detectors in the apartment. The fire marshal will determine the cause of the fire and the investigation remains ongoing, police said.