Alexandria Ocasio-Cortez meets with neighbors along the 7 train 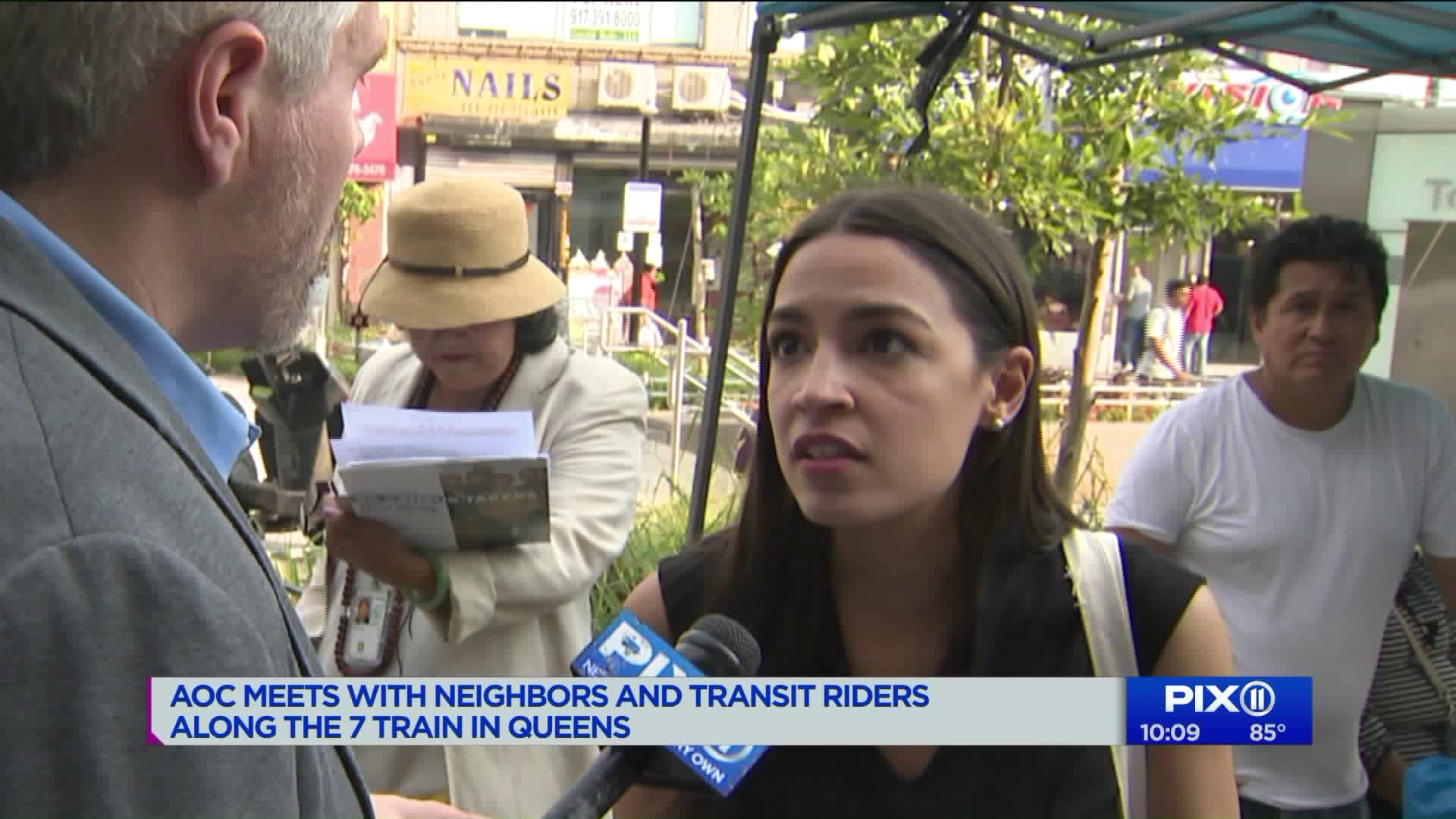 There`s always something to see at Corona Plaza. The 7 train station at 103rd Street and Roosevelt has nearly 20,000 weekday riders. Among the commuters on Monday evening was Congresswoman Alexandria Ocasio-Cortez.

QUEENS — There's always something to see at Corona Plaza. The 7 train station at 103rd Street and Roosevelt has nearly 20,000 weekday riders.

Representatives are on a recess until September. They use the time to work in their district offices.

Ocasio-Cortez plans to focus on connecting with residents. She also looked back on her first 6 months in Congress representing parts of portions of north-central Queens and the eastern part of the Bronx.

"It has only been 6 months, but so much has gotten done. From the legislation we are pushing in D.C. to the active organizing we are doing here at home to make sure people know their rights when it comes to people knocking on their door," she said.

PIX11 News asked her about infrastructure and mass transit. The Green New Deal addresses the environment and includes more investment in public transit.

"Beefing up our public transit systems so that our subways are reliable today but that we are making them technologically advanced and making generational investments. For every one dollar we invest in infrastructure, our economy generates up to six dollars in return," she said.