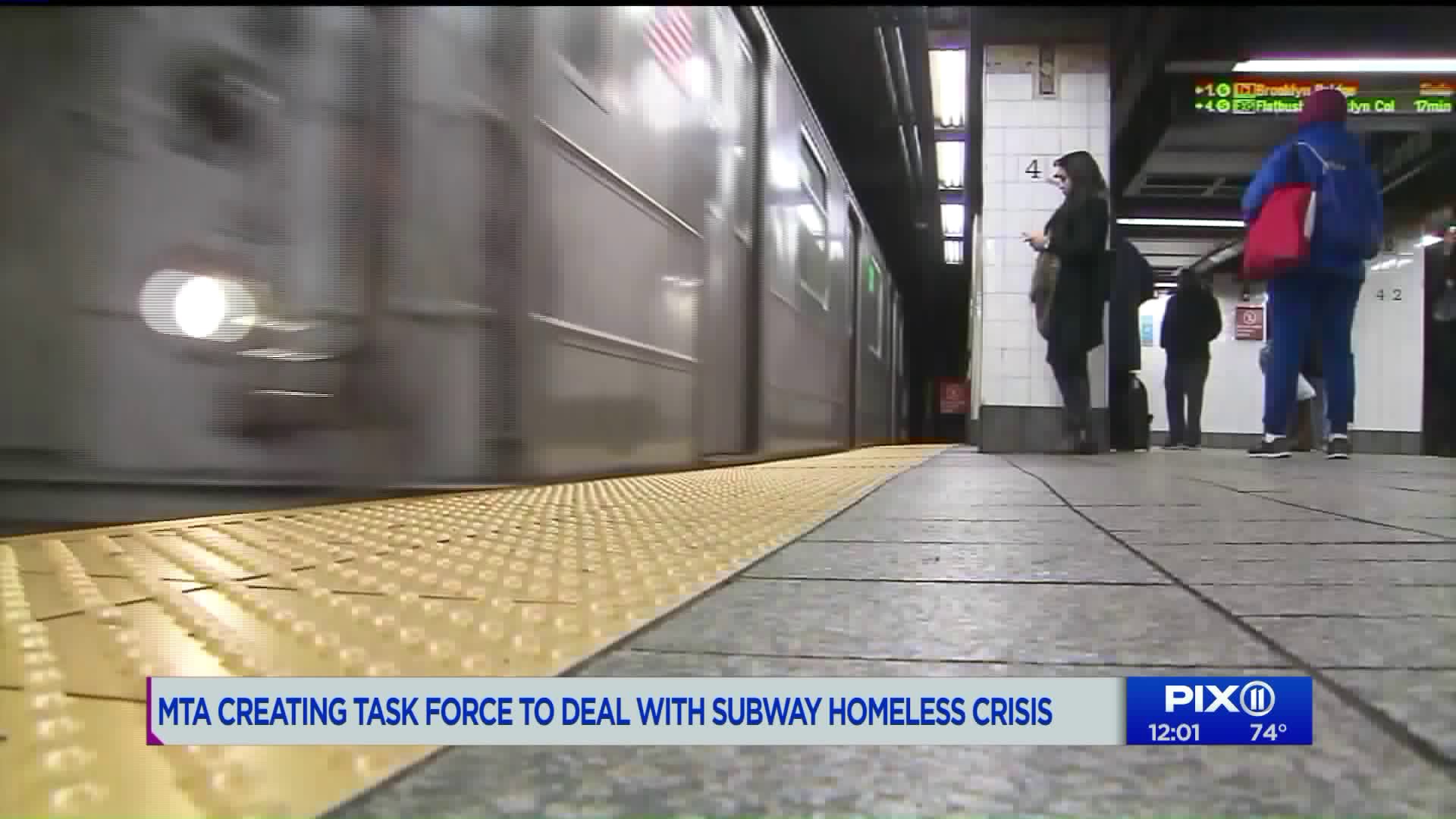 The MTA is creating a task force to deal with the homeless subway crisis as part of a newly announced top-to-bottom overhaul of the agency.

NEW YORK — The MTA is creating a task force to deal with the homeless subway crisis as part of a newly announced top-to-bottom overhaul of the agency.

PIX11 spoke with Charles - a veteran homeless New Yorker who did not want his face shown on camera - in the bowels of Penn Station on Wednesday evening.

"I have no faith in social services," he said. "The MTA, they have offices upstairs. They don't come down here. They're all talk. They are all talk. I've been down here for quite some time."

Charles’ sentiments represent what we’ve heard so many times before: homeless individuals boarding trains and hanging out, or sleeping, in stations by choice.

But MTA Chairman and CEO Patrick Foye said bringing in additional help from the state Office of Temporary and Disability Assistance, along with more assistance from NYPD to deliver social services in the subways, is a step in the right direction – for everyone.

"I don't think we are doing the homeless a service or doing the public a service by allowing people who are obviously suffering, although I'm not a doctor, emotional or medical issues - no one is doing them a favor by allowing them to live in the subway," he said. "By bringing down OTDA and social service, that is effective. [It] will benefit homeless and riders and impact service so far as that slows things down."

"Unfortunately, homelessness is now new, but it has grown as our housing crunch has grown," he said. "It's incumbent upon our leaders to address it, to give people a place to live."

Delivering social services to where you find homeless men and women instead of waiting for them to show up for help is not a new concept.

Based on extensive PIX11 coverage of the homeless crisis above ground, it's going to be interesting to see how effective it will be to use extra polcie officers to address what many people see as a mental health crisis down in the subways.