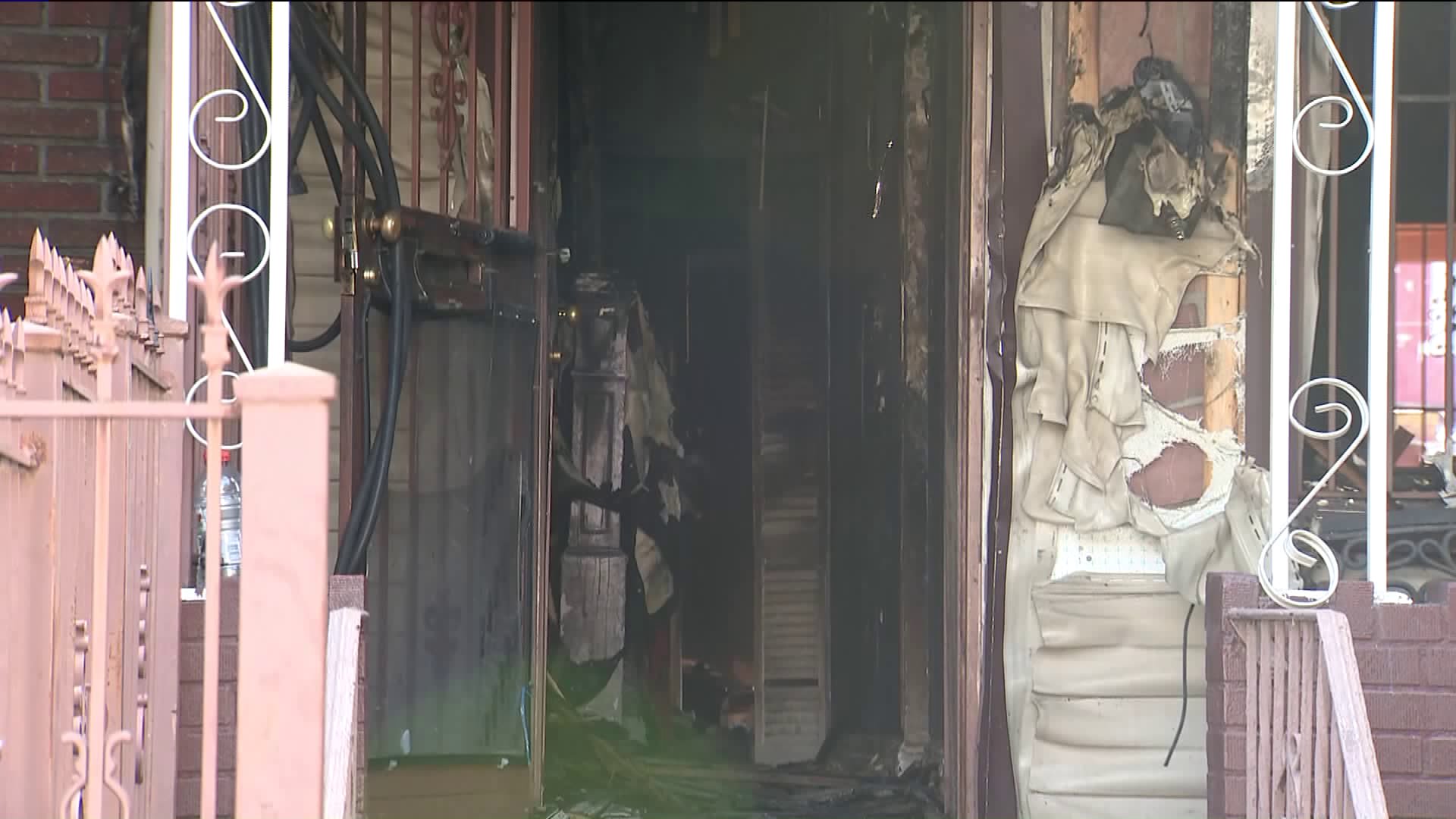 RICHMOND HILL, Queens — A 7-year-old girl and a 51-year-old woman were killed when a two-alarm fire ripped through a Queens home Sunday morning, officials.

A 19-year-old man is also in critical condition from the fire. It broke out Sunday morning on the first floor of a home located on 117th Street, near Atlantic Avenue, in the Richmond Hill neighborhood, according to the FDNY.

Neighbors saw the critically injured victim and his 15-year-old brother trying to jump out windows to escape the flames.

Two victims were pronounced dead after being transported to the hospital in critical condition, the FDNY said just before 11:30 a.m.

A third person was critically injured and a fourth victim suffered non-life threatening injuries, the FDNY said in an update on Twitter at 11:45a.m.

#FDNY members are operating on scene of a 2-alarm fire at 91-58 117 St in #Queens. FDNY confirms there were three patients in critical condition on scene, two of which have been pronounced at the hospital. The fire has been placed under control. pic.twitter.com/gDNL7b9qpF

The blaze was officially under control before 11 a.m. after escalating to to a two-alarm fire shortly before 10 a.m., the FDNY said on social media.