Alexandria Ocasio-Cortez: Trump’s immigration policies are about ‘ethnicity and racism’ 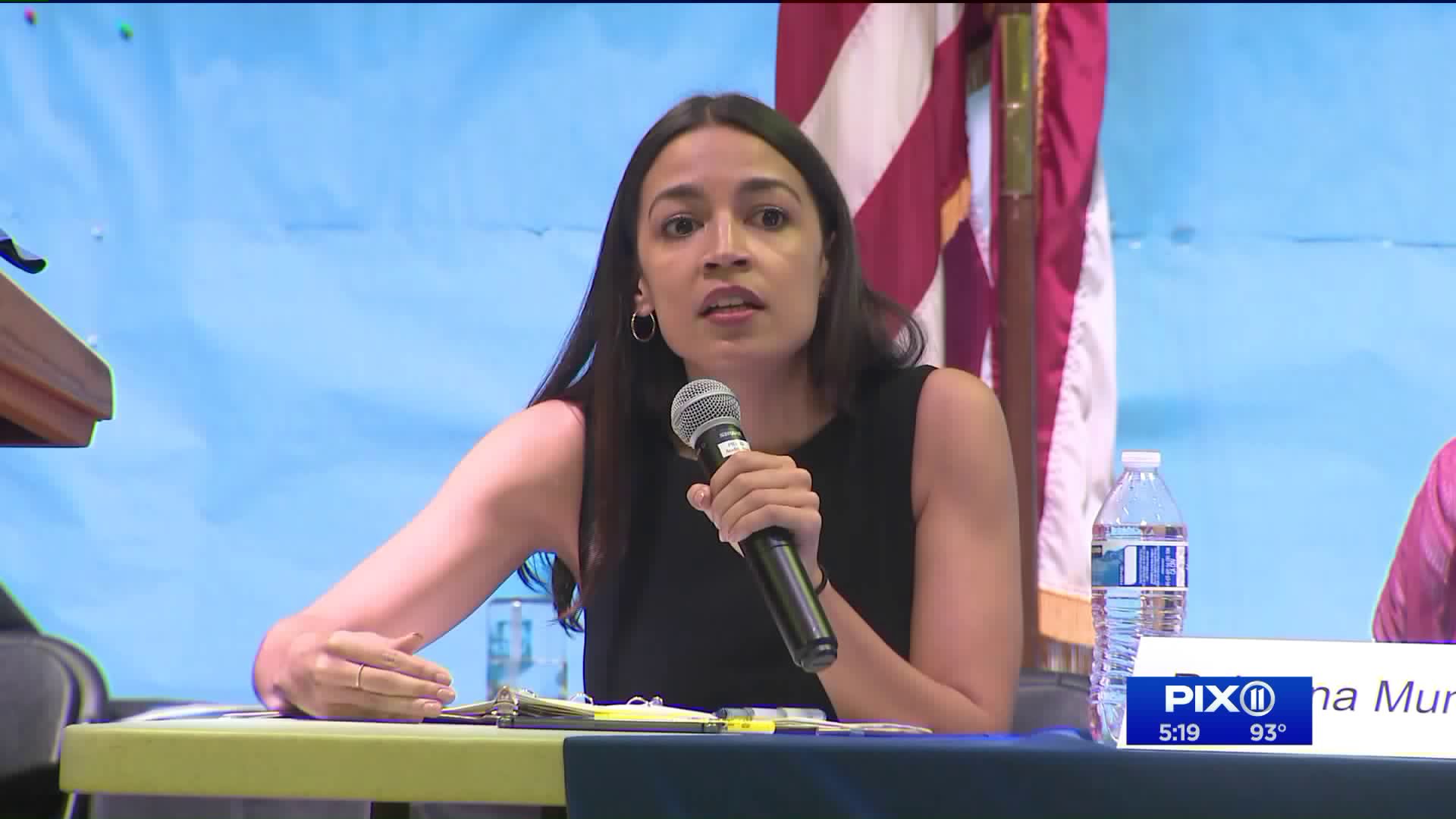 Rep. Alexandria Ocasio-Cortez on Saturday slammed President Donald Trump`s policies on immigration in her latest argument against the President`s handling of the situation at the southern border, saying that his signature agenda is really about "ethnicity and racism."

CORONA, Queens — Rep. Alexandria Ocasio-Cortez on Saturday slammed President Donald Trump's policies on immigration in her latest argument against the President's handling of the situation at the southern border, saying that his signature agenda is really about "ethnicity and racism."

"All you need to do is hear what the President did this week to know this is not about immigration at all. Because once you start telling American citizens to quote 'go back to your own countries,' this tells you that this President's policies are not about immigration, it's about ethnicity and racism," Ocasio-Cortez said during a town hall on immigration held in her district in Queens, New York, in reference to Trump's tweeted racist attacks at her and three other minority congresswomen known as "The Squad,"

Her comments come as the New Yorker finds herself in the midst of two high-profile clashes: the one with Trump, who last Sunday implied in series of tweets that she and the three other congresswomen were not natural-born American citizens and should "go back and help fix the totally broken and crime infested places from which they came," and another with House Speaker Nancy Pelosi after Ocasio-Cortez and the other progressive freshman lawmakers recently opposed a House border aid bill.

The group of Democrats -- Reps. Ilhan Omar of Minnesota, Ocasio-Cortez, Rashida Tlaib of Michigan and Ayanna Pressley of Massachusetts -- have been outspoken about Trump's immigration policies in the past. On Tuesday, the House voted to condemn the racist language the President used in his attacks, and Pelosi came to the defense of the congresswomen of color.

Ocasio-Cortez's Saturday remarks come several days after the administration put in place a regulation that bars most Central American migrants from seeking asylum in the US. The administration also recently floated the possibility of admitting zero refugees next year, according to sources familiar with a meeting in which the idea was discussed by officials from a number of agencies.

Trump's tirade against Ocaso-Cortez and the others on Sunday coincided with the beginning of US Immigration and Customs Enforcement raids targeting undocumented immigrants in major US cities for arrest and deportion. Though an official from the agency said earlier this week that there has not been "any surge of arrests or activity or round-ups" in the operation.

During the town hall on Saturday, Ocasio-Cortez, referring to Trump's tweets, said his "biggest mistake was that he said the quiet part aloud -- that was his biggest mistake."

"Because we know that he's been thinking this the entire time. But he's been keeping it in here. And this week, it went out here. When he started telling American citizens -- where are we going to go? We're going to stay right here, that's where we're going to go. We're not going anywhere," she said.

Republican businesswoman Scherie Murray recently announced that she would challenge the New York Democrat for her congressional seat in 2020. Murray's campaign against Ocasio-Cortez -- who, in her calls to combat climate change and raise the minimum wage, has become a national face of democratic socialism -- could be an uphill battle in the Queens district she's seeking to represent, which is a Democratic stronghold.