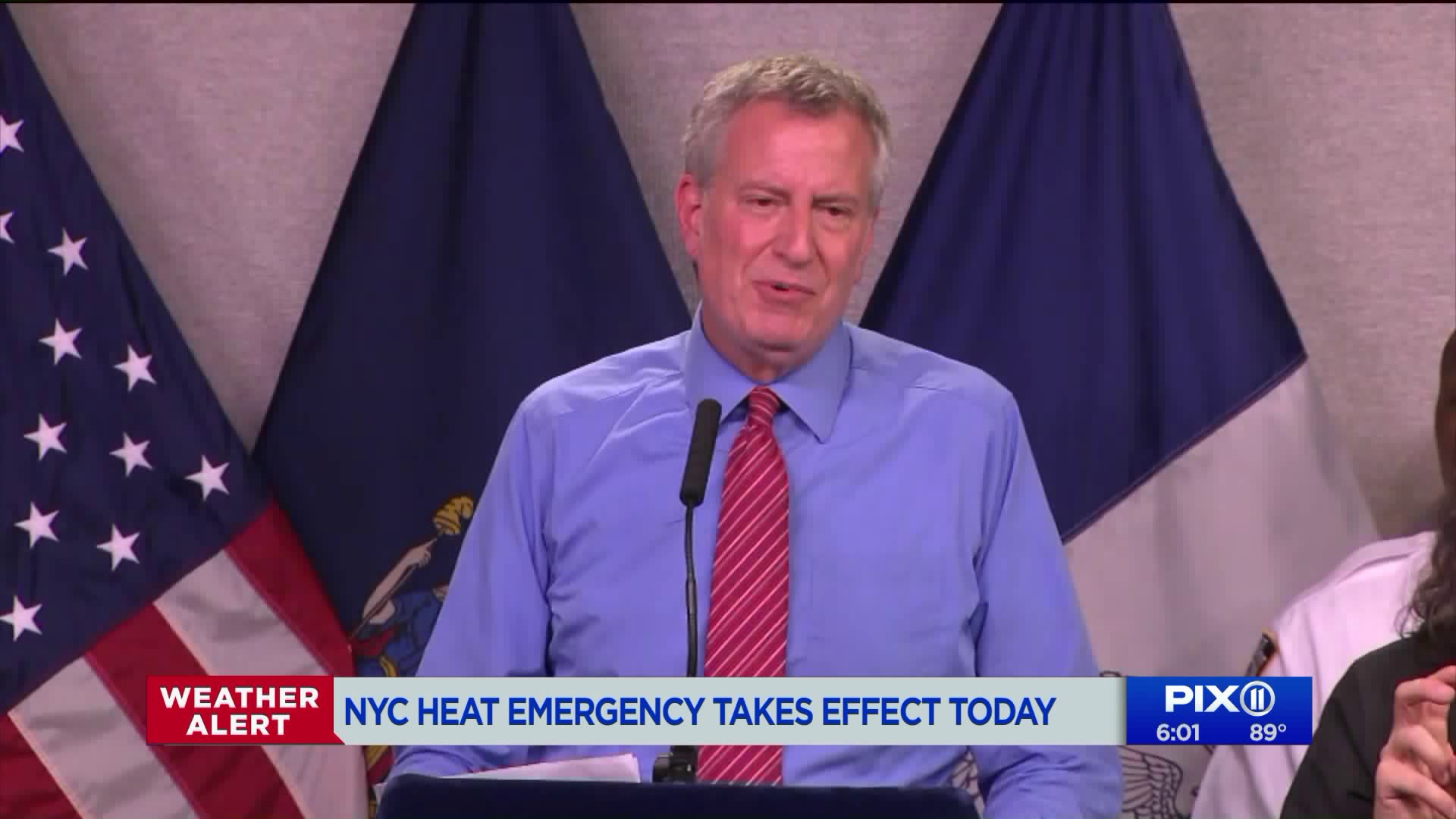 The heat will be so intense this weekend that it could be deadly.

DOWNTOWN BROOKLYN -- The heat will be so intense this weekend that it could be deadly.

That's the word from both New York's health commissioner, and its mayor, who urge New Yorkers to take the heat emergency as seriously as they would a blizzard.

"Our fear is people dying," Mayor Bill De Blasio said at a news conference Friday afternoon regarding the heat emergency he declared through an executive order.  "People may not be expecting a heat index of 110," the mayor warned.  "That's gonna feel like over 110 degrees."

He added that while city officials had already been planning for temperatures approaching or exceeding 100 degrees on Saturday, and climbing to near that level on Sunday, "the  situation for Sunday has gotten even worse."

The heat indexes for both days will be in the 110s. The health commissioner's advice is to stay indoors, in air conditioning if at all possible.

If someone absolutely has to go out, Mayor De Blasio said, "Specifically, stay out of the sun.  There's a big difference if you're in the sun or not."

PIX11 News measured at least a 10 degree difference between sunny and shady areas.

Again, however, air conditioning was the recommended way to beat the record high temperatures.

To power the AC, as well all of the region's other needs, Con Edison's president made a bold statement about power delivery.

"By any measure," Tim Cawley said, "we are the most reliable" mode of electricity delivery "in the United States," the president said, in spite of the utility having experienced a blackout last weekend that left more than 250 city blocks in Manhattan -- including Times Square, and the Broadway Theater District -- in the dark.

Cawley said that he's confident because the electrical grid is set up to handle its highest possible capacity.  The highest usage the system has ever seen was exactly six years ago Friday, on July 19th, 2013.  That's when customers used 13,322 megawatts of power.  A megawatt is 1 million watts of electricity.

That usage occurred on a weekday, when the most customers rely on the system.  The highest ever weekend usage was on August 13th, 2016.  11, 855 megawatts were used.

This weekend, the near-record temperatures are expected to cause customers to break the weekend usage record.  11,900 megawatts of power are expected to be needed, if New Yorkers are to follow the city's advice.

"With it being 110 outside tomorrow," said Caz Cummings, a canvasser at Union Square Park, "we've just got to stay hydrated. Or just stay inside."

Sofia Hisham is originally from Marrakesh, Morocco, a desert city in North Africa.  She said that she's not going anywhere this weekend, as she tries to fight the humidity that's in sharp contrast to the dry, high heat to which she's accustomed.