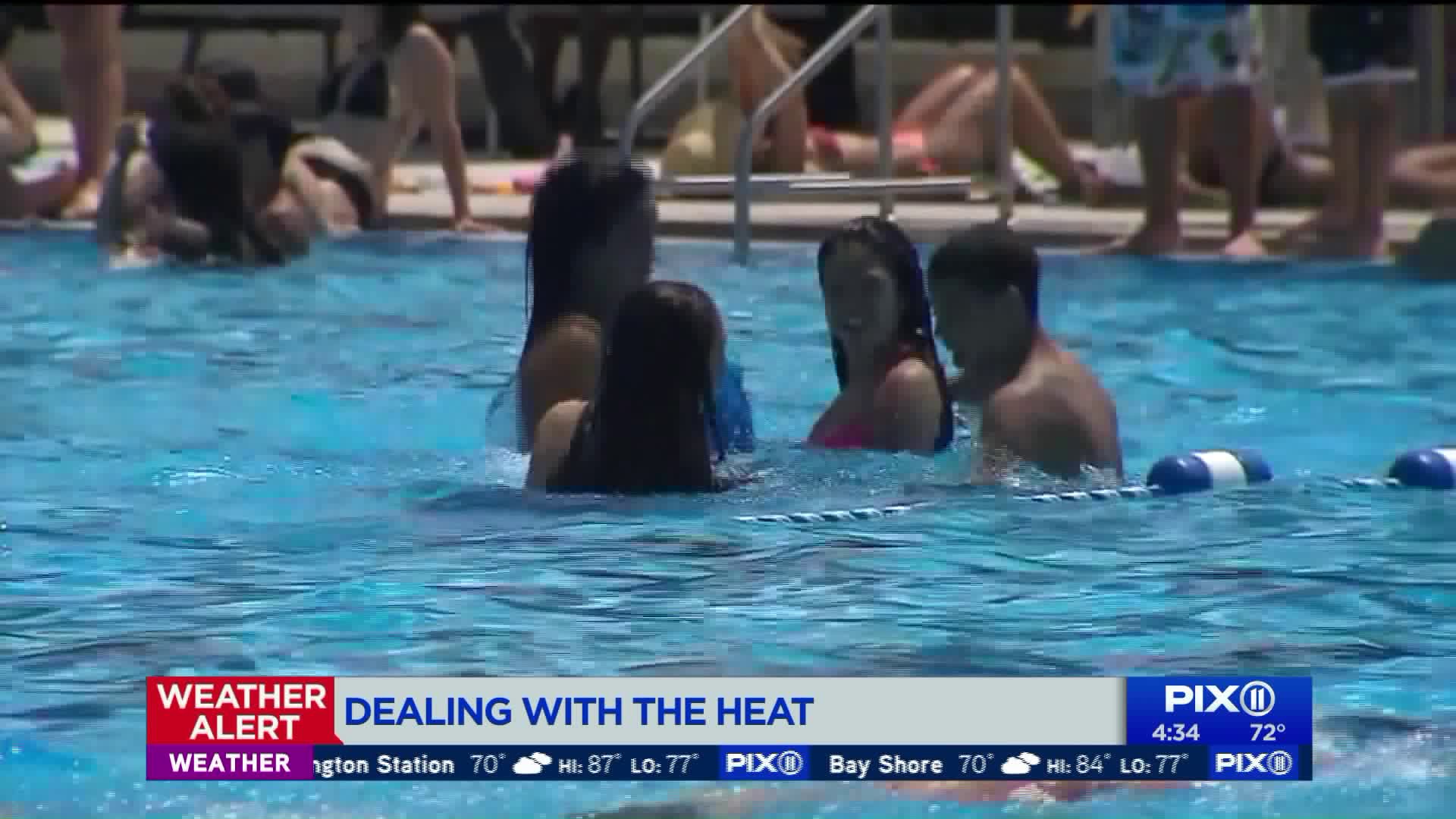 As an excessive heat warning goes into effect Friday at noon, with temps set to feel like 110 this weekend, how can you stay safe?

NEW YORK — “Heat is often an under-estimated disaster and can be deadly.”

That’s what the head of New York City’s Office of Emergency Management reminded everyone earlier this week as the tri-state area braces for excessive heat this weekend.

The National Weather Service has issued an excessive heat warning for the tri-state area. The warning is in effect from Friday at noon until 8 p.m. Sunday. Temperatures are expected to feel around 105 degrees on Friday and 110 degrees on Saturday.

Neighborhoods in the Bronx and Brooklyn, in particular, have been identified to have high heat vulnerability indexes.

The Heat Vulnerability Index is a measure of how at risk a neighborhood is during extreme heat compared to other neighborhoods.

In New York City, the risk of heat-related illness or death is higher in communities with higher surface temperatures and less green space.

In Brooklyn, the city has identified six neighborhoods to have the highest heat index, at five, including Bedford-Stuyvesant, Bushwick and East Flatbush.

Almost a dozen neighborhoods in the Bronx were measured to have a heat index of five, including Belmont, Mott Have and Morrisania.

Both boroughs have the largest population of people without air conditioning units in their home or easy access to another way to cool down.

Some of the most vulnerable will be the elderly and disabled, so officials are asking everyone in the tri-state area to check on them throughout the weekend.

Registered Nurse Fatima Shell Sanchez with Visiting Nurses Service of New York told PIX11 she will be checking on 24 elderly people in the Bronx over the next two days. She recommends checking their temperature, checking if their legs are swollen, and checking if they are verbally responding to you like they normally would. From that you can gauge if the heat may be getting to them.

To prevent heat-related issues, you want to make sure they drink cool fluids every two hours and use the restroom just as frequently. Not using the restroom that regularly, could be a sign of dehydration.

If an elderly person doesn’t have air conditioning, you can apply cool towels on their neck and head. Sanchez also recommends a cool foot bath or putting frozen water bottles in their hands.

The key is to constantly and frequently check on those who are elderly and disabled, in your community, during this heat wave.

For more information on Visiting Nurse Service New York and a nurse checking on an elderly person you know. You can contact VNSNY at www.vnsny.org or 1-800-675-0391.

To help residents across the city stay cool, the MTA is also working around the clock to repair air conditioning systems on trains.

City pools will also be open until about 8 p.m.

There will be about 500 cooling stations set to open this weekend throughout the city.

They are expected to have an indoor temperature of 78 degrees.

To find a cooling center in New York City, call 311 or visit http://nyc.gov/oem

Mayor Bill de Blasio said in a news conference that he is concerned about overloading the electrical grid in New York City. All government buildings are expected to set their thermostat to 78 degrees, and he’s asking private businesses and homes to do the same, as the least thing everyone would need is an overload or a power outage.