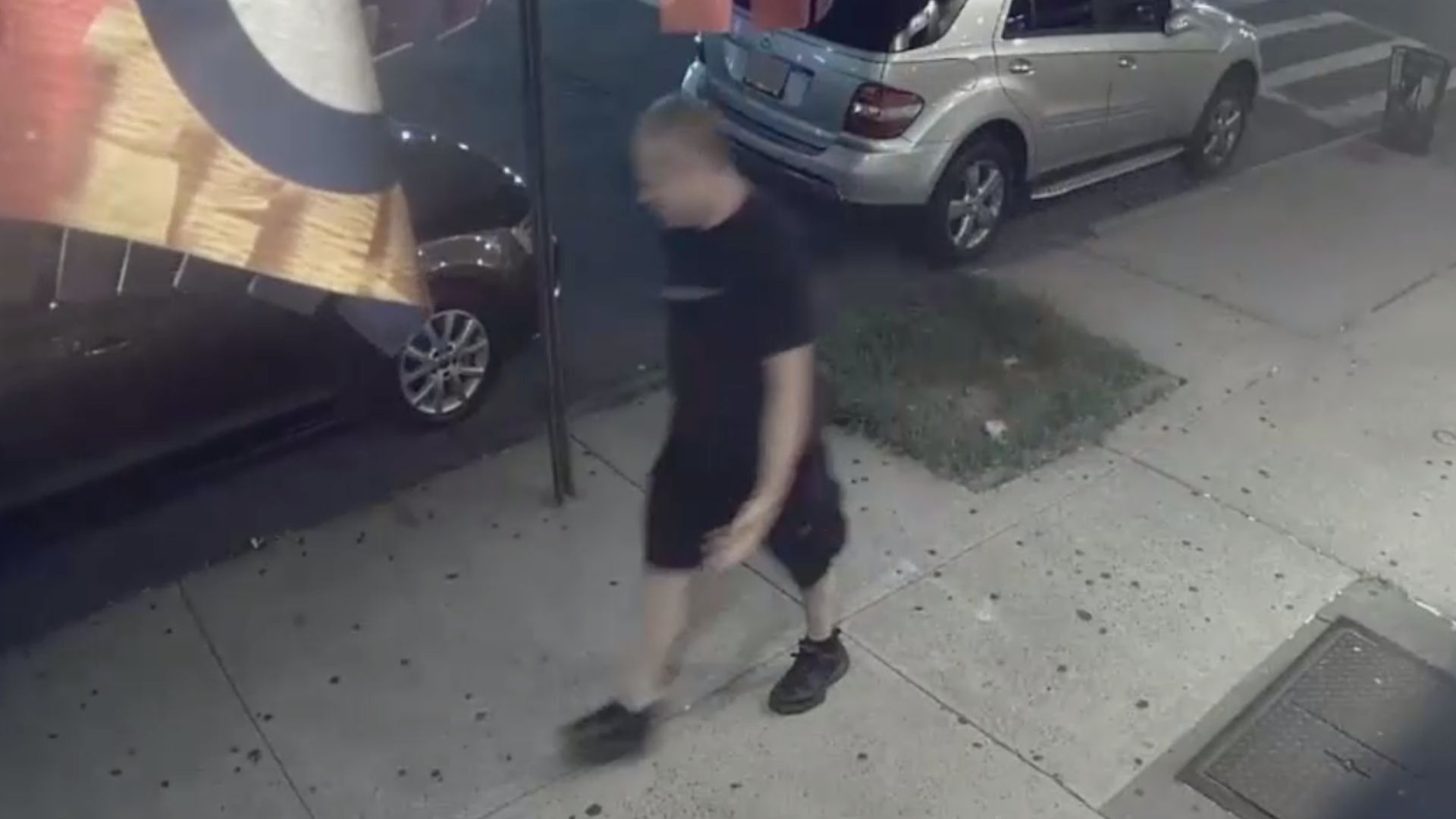 Raw surveillance footage of a man police say groped a woman as she slept in the passenger seat of a parked car in Bay Ridge, Brooklyn, on July 5, 2019. (NYPD)

BAY RIDGE, Brooklyn — Police are searching for a man who allegedly groped a woman as she slept in the passenger seat of a parked car in Brooklyn, authorities said Wednesday.

The incident occurred around 12:45 a.m. on July 5 when the 32-year old victim was asleep the car parked near the corner of 83rd Street and 4th Avenue in Bay Ridge, police said.

The unidentified man approached the vehicle, reached through an open window and began touching the victim's breast and then put his hand down her pants, according to authorities.

Police said the man fled into a residential building located at 8201 4th Ave.

The NYPD has released the above surveillance video of the man they're looking for, describing him as between 40 and 50 years old, and last seen wearing a black t-shirt, black shorts, and black sneakers.