2019 NYC Triathlon cancelled due to excessive heat warnings for weekend 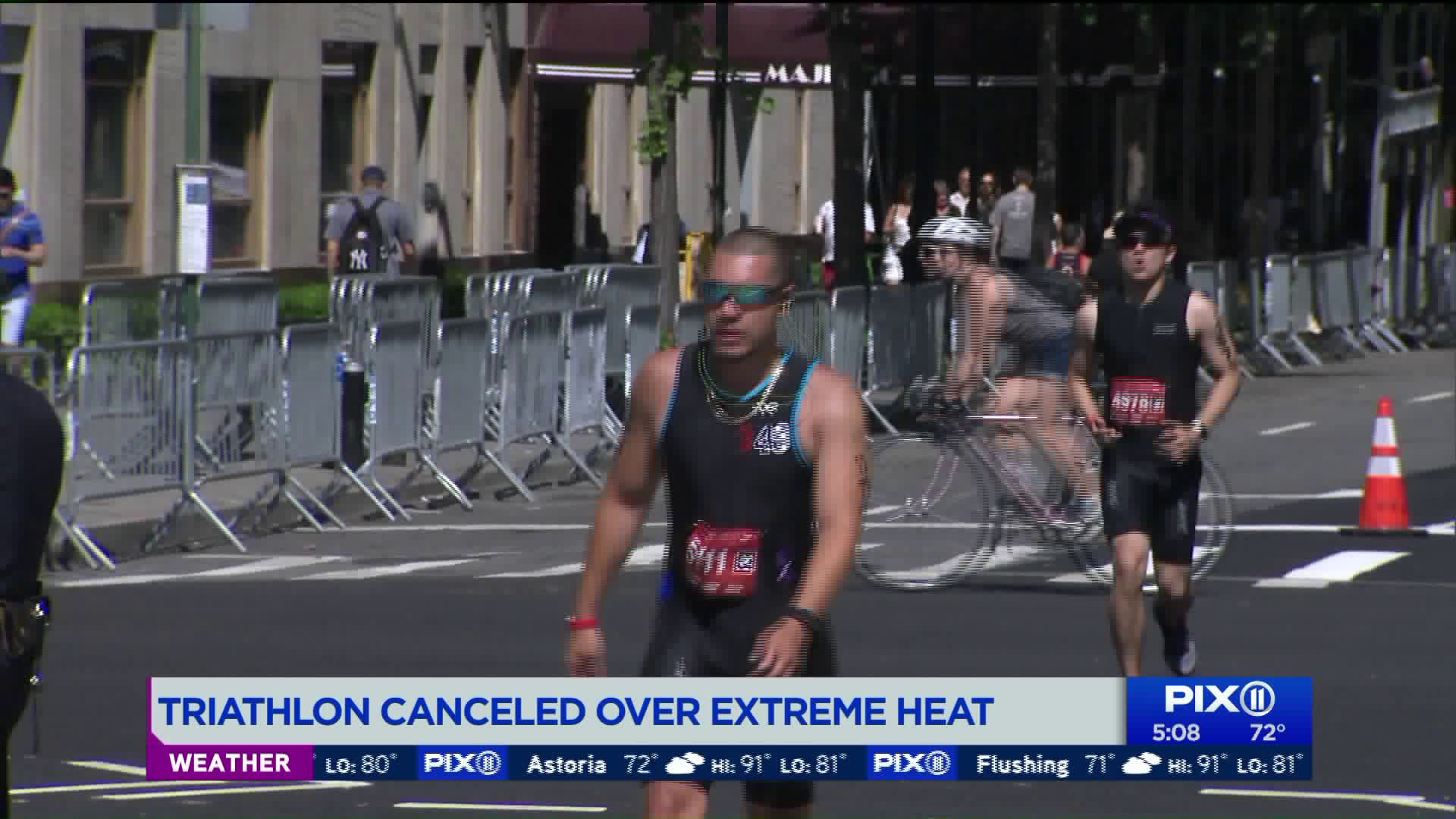 With threats of temperatures nearing 100 degrees this weekend, the New York City Triathlon has been canceled.

With threats of temperatures nearing 100 degrees this weekend, the New York City Triathlon has been cancelled.

Those behind the 2019 edition of the race made the announcement "with great disappointment" Thursday.

"Through this week and into the approaching weekend, the New York City metro area has experienced multiple weather advisories, including severe heat warnings, continued heavy rainfall and thunderstorm watches," they said in a statement.

"After exhausting all options to mitigate athlete, volunteer, spectator and staff exposure alike, we are unable to provide either a safe event experience or an alternate race weekend. As a result, in collaboration with the City of New York and all supporting agencies, Sunday’s triathlon has been cancelled."

Although city officials expressed their concern over the excessive heat, several people who were training for the triathlon, told PIX11's Katie Corrado they have trained during hot temperatures and as long as you were prepared, participating in the event would have been possible.

The events held to go along with the triathlon are still a go for the weekend, including the "diaper derby" in which babies attempt to crawl 12 feet, as well as the hydration station.