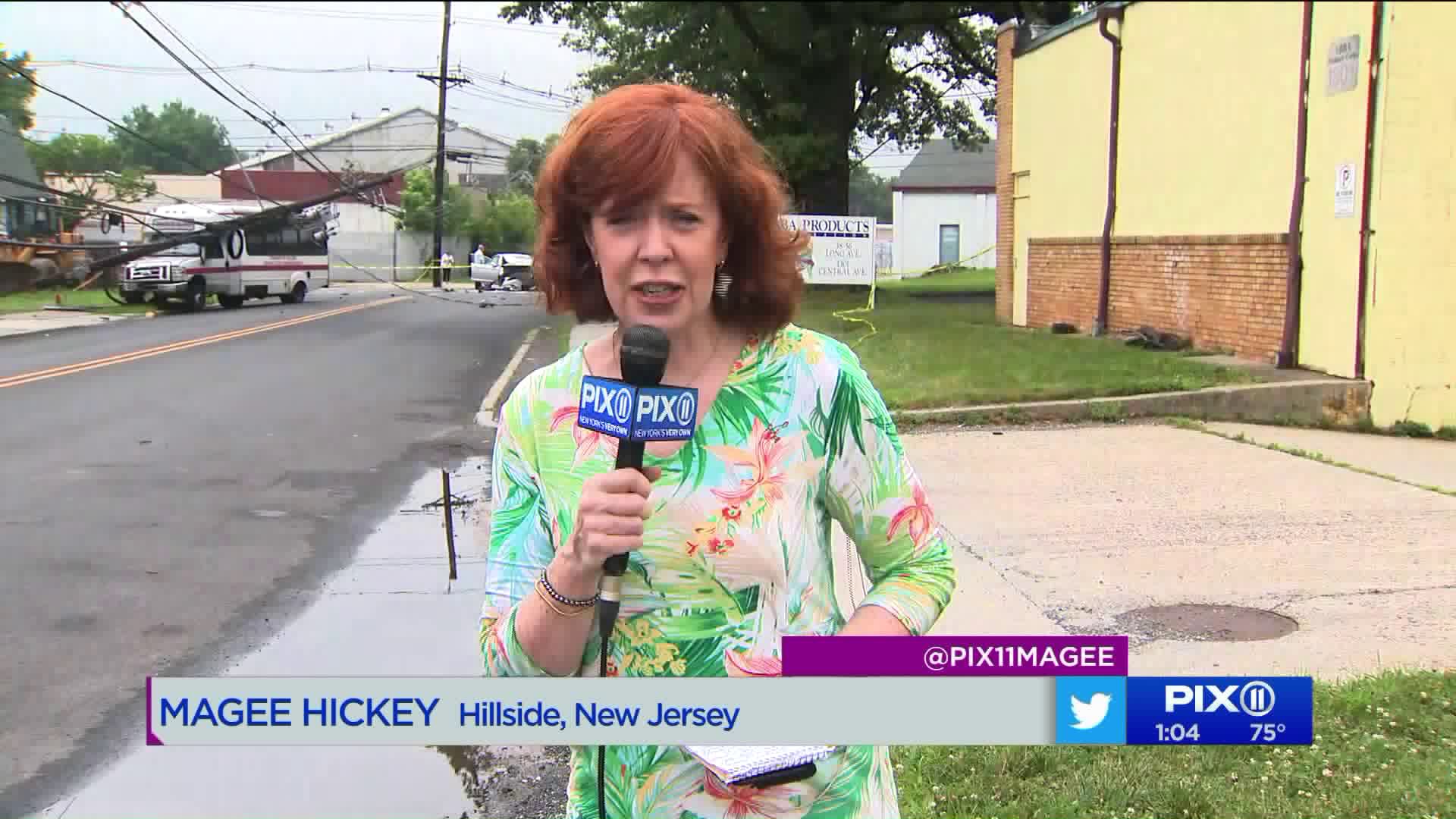 Twelve people were injured, two seriously, when a vehicle crashed into a senior citizen bus in Hillside, New Jersey, sending the bus into a utility pole.

The collision happened around 9:22 a.m. near the intersection of Long and Central avenues, just off Route 22, in Hillside, officials said.

According to police, the Hillside senior citizen bus was traveling south on Central Avenue when the Hyundai Sonata ran a stop sign at Long Avenue, striking the back side of the bus, causing the bus driver to lose control and strike a nearby utility pole.

Police said the bus was unable to be moved due to live electrical wires from the utility pole laying across the bus.

Twelve passengers were transported to area hospitals for their injuries, police said.

Of the 12 injured, a 96-year-old woman and a woman in her 70s, were hospitalized with serious head injuries, authorities said.

The driver of the Hyundai was not injured, according to police.

The street remains closed off to traffic.