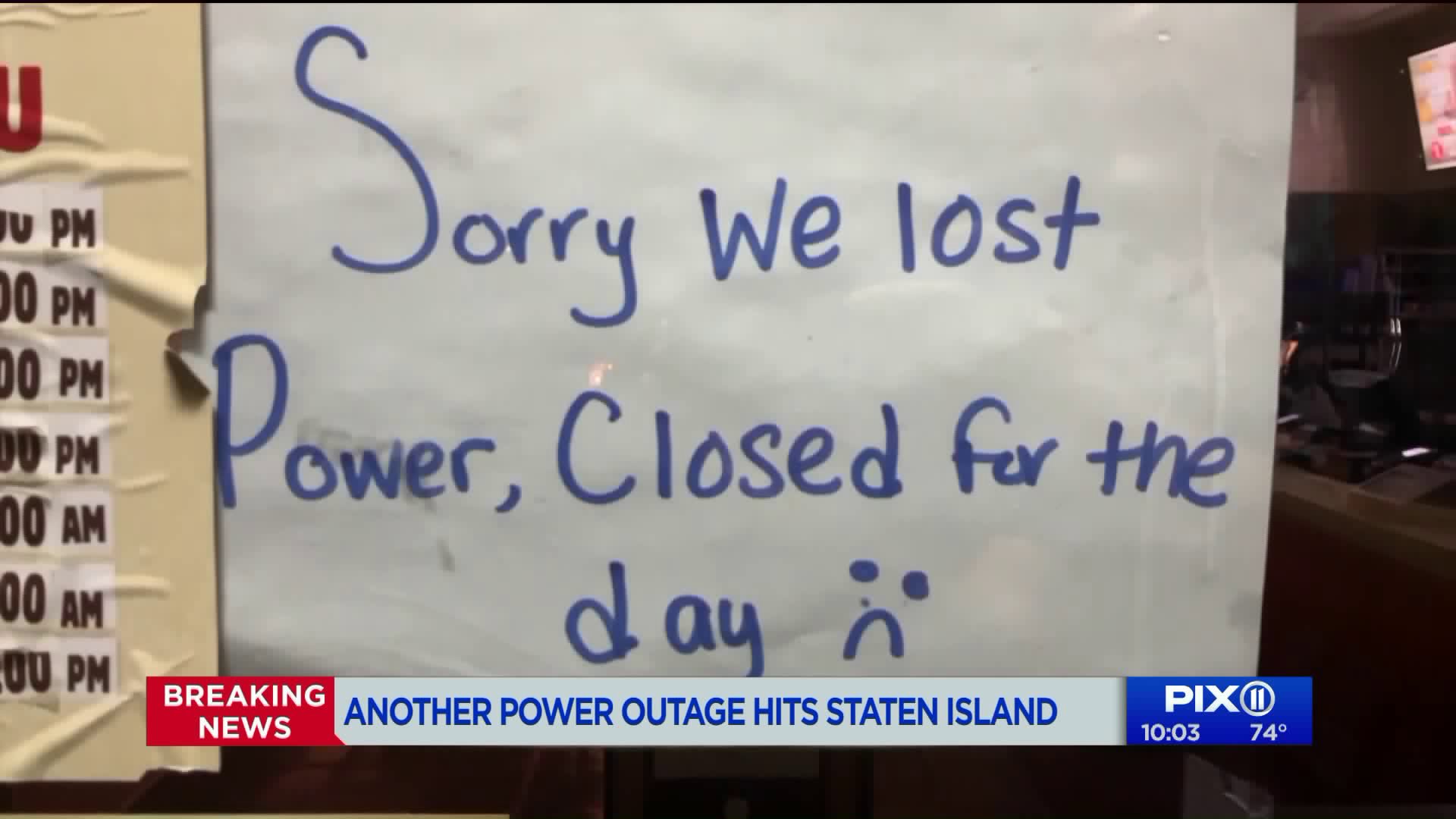 STATEN ISLAND — For the second night in a row, thousands of Staten Island residents were left without power.

There were more than 3,500 customers without power Wednesday night, Councilman Steven Matteo said.

Con Edison reported that number had dropped to 70 customers without power by 5:30 a.m. Thursday.

"According to Con Ed, the cause is due to equipment failure and the ETR is 10:00pm," he tweeted. "In the meantime, I have requested the NYPD to send patrol cars to major intersections on Hylan where lights are out."

There were also Staten Island outages on Sunday night and Tuesday night. The outage Tuesday was caused by a fire at a sub station on the 1000 block of Railroad Avenue at around 5 p.m.

"With yesterday’s power outage on Staten Island and another again today, along with other outages across the city, the bottom line is Con Ed must do everything in its power to maintain power throughout the 5 boroughs during this period of extreme heat," Matteo said.

Con Edison warned Monday that more outages were possible after the massive blackout that affected Manhattan's West Side on Saturday.

The problems are happening as New Yorkers deal with high temperatures that are expected to go even higher over the weekend.

"We expect that there could be service outages. Those things happen during heat waves," Con Ed spokesman Mike Clendenin said Monday. "Our crews are ready to respond. We are going to be prepared for this. It's going to be intense."