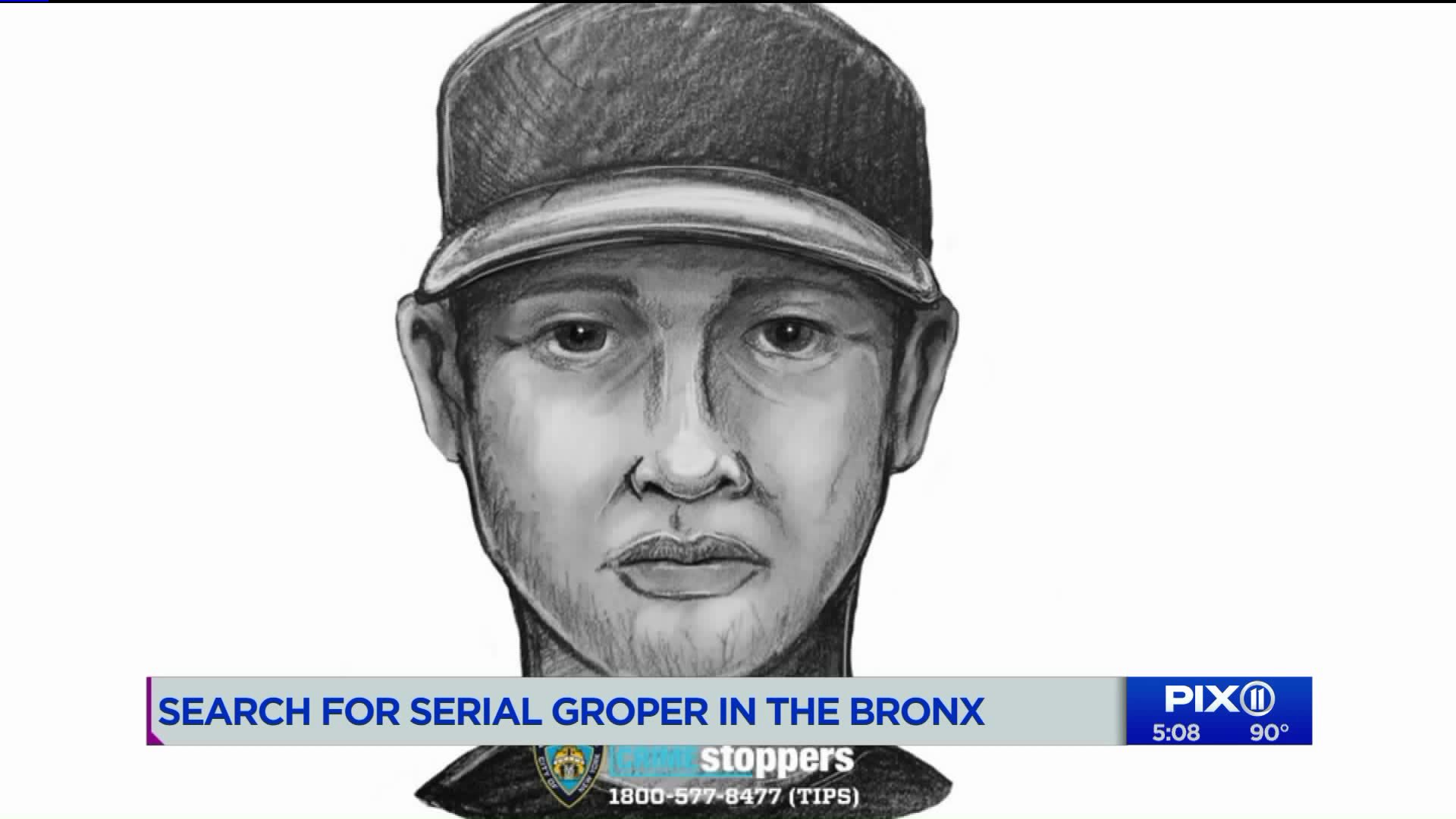 The man is connected to four separate assaults that took place between March 24 and July 3 in the Throgs Neck section of the the Bronx, according to police.

THROGS NECK, the Bronx — Police are searching for a man who allegedly groped three teenage girls and attempted to drag a fourth victim into his car, authorities said Wednesday.

Sketch of the man wanted for allegedly groping multiple girls in the Bronx.

The man is connected to four separate assaults that took place between March 24 and July 3 in the Throgs Neck section of the the Bronx, according to police.

On Mar. 24, a 16-year-old girl was approached by a man who allegedly attempted to grab her buttocks around 1 p.m near the corner of Hatting Place and Pennyfield Avenue. He then fled in an unknown direction, according to police.

After the first incident was reported to police, authorities connected it to an incident four days earlier on May 20. According to police, a 15-year-old girl was allegedly approached by the same man in the vicinity of Logan and Barkley avenues who grabbed her before fleeing the scene.

One month later, on June 22, another 16-year-old girl was attacked, according to the NYPD.  The attacker allegedly approached the victim at the corner of Edison and Barkley avenues and then punched her in the face before grabbed her breasts and buttocks.

The latest incident took place on July 3 around 12:30 a.m. when a 22-year-old woman was approached by an unknown man near Barkley and Edison avenues, according to authorities. The attacker then allegedly put both his hands around the victim's neck and attempted to pull her into his vehicle before fleeing the scene.

The NYPD has released a sketch based of the man wanted for questioning based on the victim's description.

The attacker is described as being 5 feet 10 inches to 6 feet tall male, weighing160 pounds and is between the age of 25 to 35 years old.