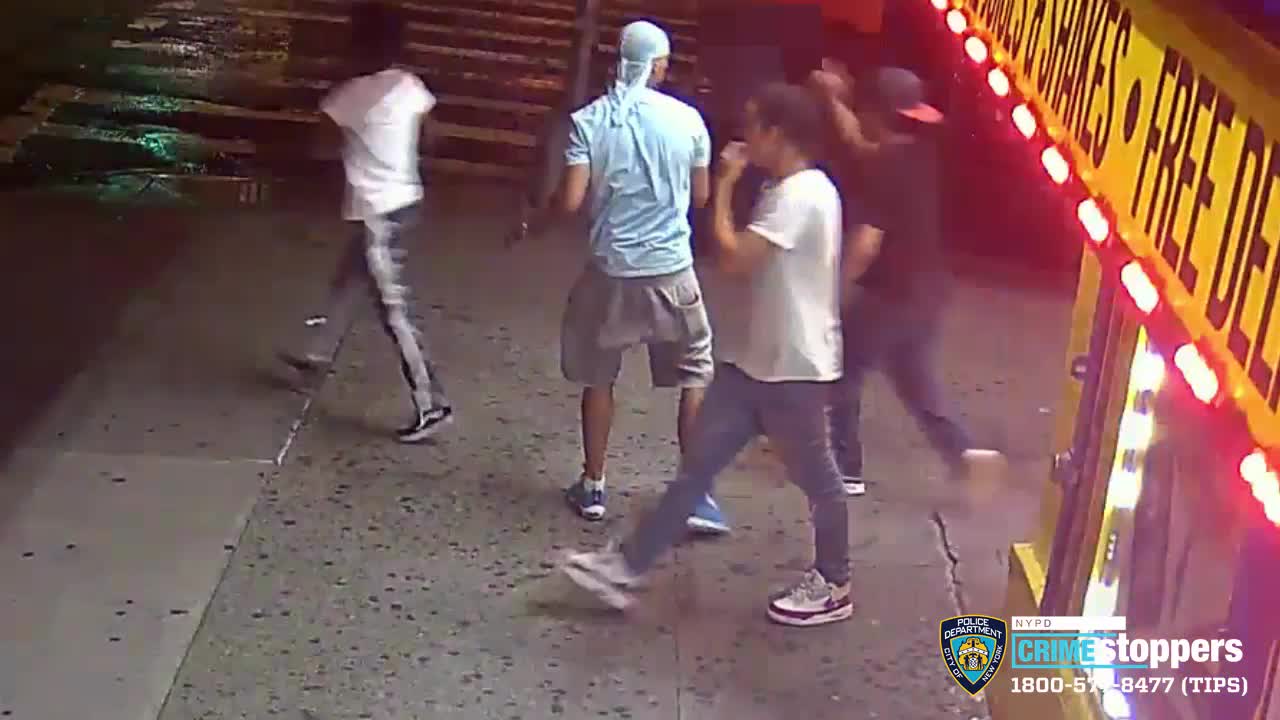 CONCOURSE, the Bronx — A man was stabbed repeatedly in the back with a glass bottle after he stopped a group of people assaulting his father, police said Wednesday.

The 23-year-old victim was with his dad at the corner of River Ave and McClellan Street on July 4 when they spotted a group of people setting off fireworks near their car, an NYPD spokesman said. Upset, the dad went over to the group tell them to stop.

The group assaulted the dad, police said. His son intervened and the group chased after him. One of the men from the group repeatedly stabbed the son in the back with a glass bottle.

The son was taken to NYC Health + Hospitals/Lincoln for treatment. He's since been released.