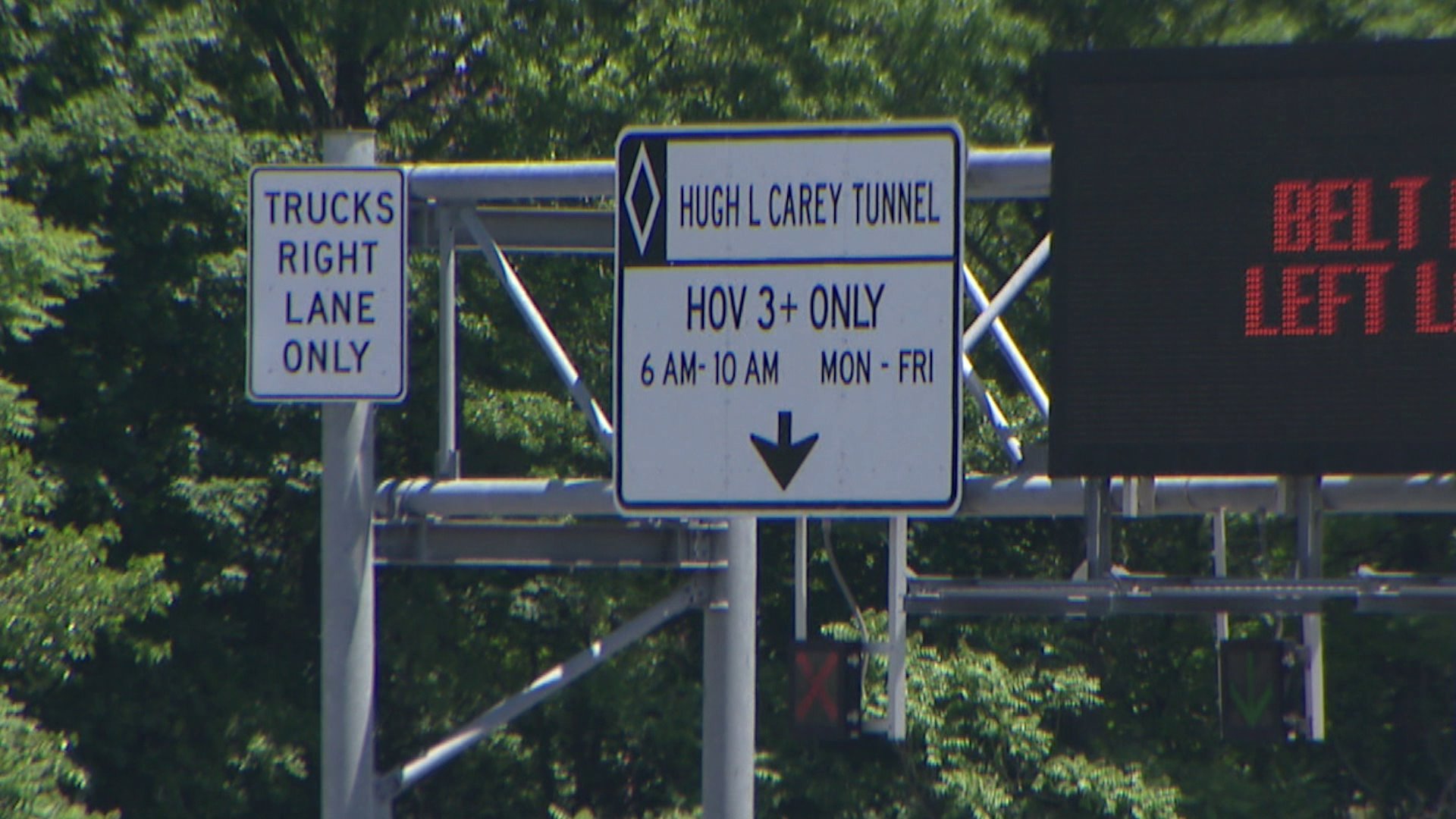 A Staten Island family has been denied HOV lane discount for two years becuase the EZ pass camera has not been able to detect their son in the back seat.

When there were real human beings in toll booths on Staten Island, the Corwin family never had a problem getting the reduced HOV rate.

Ken and Chuyon Corwin take their son Thomas to school each morning in Brooklyn and then continue to their jobs in Manhattan. You need three people in a car to qualify for the Verrazano HOV rate of $3.20. No problem for the Corwins, right? Wrong.

Two years ago, the toll booths were torn down and the humans replaced by a system of overhead cameras. They record pictures of the cars passing underneath them.

Ken Corwin assumed the pictures would show he and his wife in the front seat, their son Thomas in the back. But recently, Ken decided to review his EZ Pass records, and found that ever since the cameras took over, on dozens of occasions, they were charged the full cash price of $17.00 to cross the Bridge.

When Ken contacted EZ Pass Customer Service demanding a refund, he was told the pictures on those days only showed two people in the car; he and his wife. Apparently the cameras did not see Thomas in the back seat, even though he purposely leans forward from the back seat so make in easier to be seen.

Ken asked to see the photos and says he was told they’d send them, but never did. After the family produced Thomas’s school attendance records, proving he was in Brooklyn the days they were denied the EZ Pass rate, EZ Pass agreed to credit them, but said their policy limits credits to just the latest six months of overcharges, not the two years the problem had existed.

To add insult to injury, EZ pass did not reduce the overcharges from $17.00 to the HOV rate of $3.20. Instead, it gave the Corwins the Staten Island Resident Courtesy rate of $5.50.

When Ken complained, he says an EZ Pass rep told him he’s lucky to get the “Courtesy Rate” since its totally subjective. That’s when the Corwins contacted our “What a Shame” unit.

An EZ Pass spokesman told us the pictures from the EZ Pass cameras are only saved for six months and then deleted. Without the photos as proof, they said they can’t give the Corwins the HOV rates.

However, after our inquiry, EZ Pass officials did review the entire two years of alleged overcharges Ken had documented. Sure enough, they found 23 additional instances of overcharges.

With those additional “Courtesy Rate”credits, the Corwins have recouped most of their money.

As for Thomas, EZ Pass officials could not explain why he was not seen in the photos dozens of times. Ken believes the camera may have been installed at an angle that limits the view of the back seat.

As for now, Thomas continues to lean forward, hoping to be seen, but just in case he’s not, the Corwins carefully examine their EZ Pass statements each month and immediately flag any overcharges.