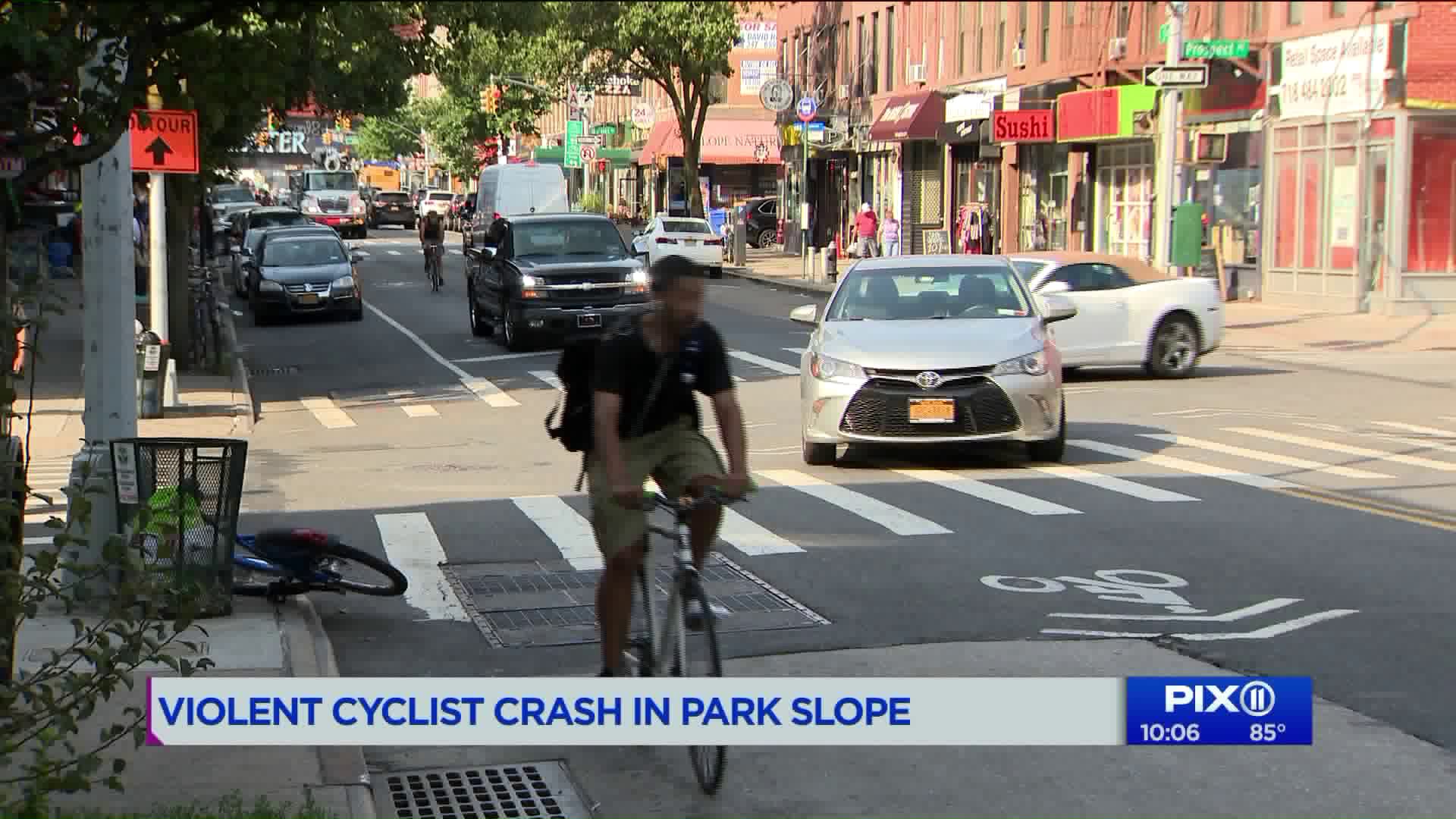 Surveillance video captured the moment at 7:44 a.m. Tuesday a man on a Citi Bike cuts across both directions of traffic to make a left and is slammed by an oncoming truck.

PARK SLOPE, Brooklyn — Surveillance video captured the moment at 7:44 a.m. Tuesday a man on a Citi Bike cuts across both directions of traffic to make a left and is slammed by an oncoming truck.

Police said the 39-year-old cyclist, who’s broken bike remained on the sidewalk hours later, was knocked unconscious for a time and has serous injuries. He is expected to survive.

The crash comes during a deadly year for cyclists— with 15 deaths mostly in the outer boroughs where there is more limited bike lane infrastructure.

However, even some fellow riders in the area said it is not always the vehicle at fault, even though cars along 5th Avenue where there is not a protected bike line, tend not to share the road very well.

“There’s a lot of Citi Bikes around not obeying traffic rules,” said one cyclist.

Many cyclists and drivers noticed the destroyed Citi Bike on the edge of the road during the evening commute, but it did necessarily change behavior at this intersection. Cyclists repeatedly ran the red light at 5th and Warren Street as PIX 11 cameras rolled. Others made the same sharp left that led up to the crash.

Pedestrians in the area said in general both cars and cyclists need to slow down especially with Citi Bike promising to more than triple its presence in the city during the next four years.

“It’s just a lot of traffic,” commented Tyrell Short as he walked by. “It’s gotten especially worse since they incorporated all the Citi Bikes, it’s king of congested over here.”