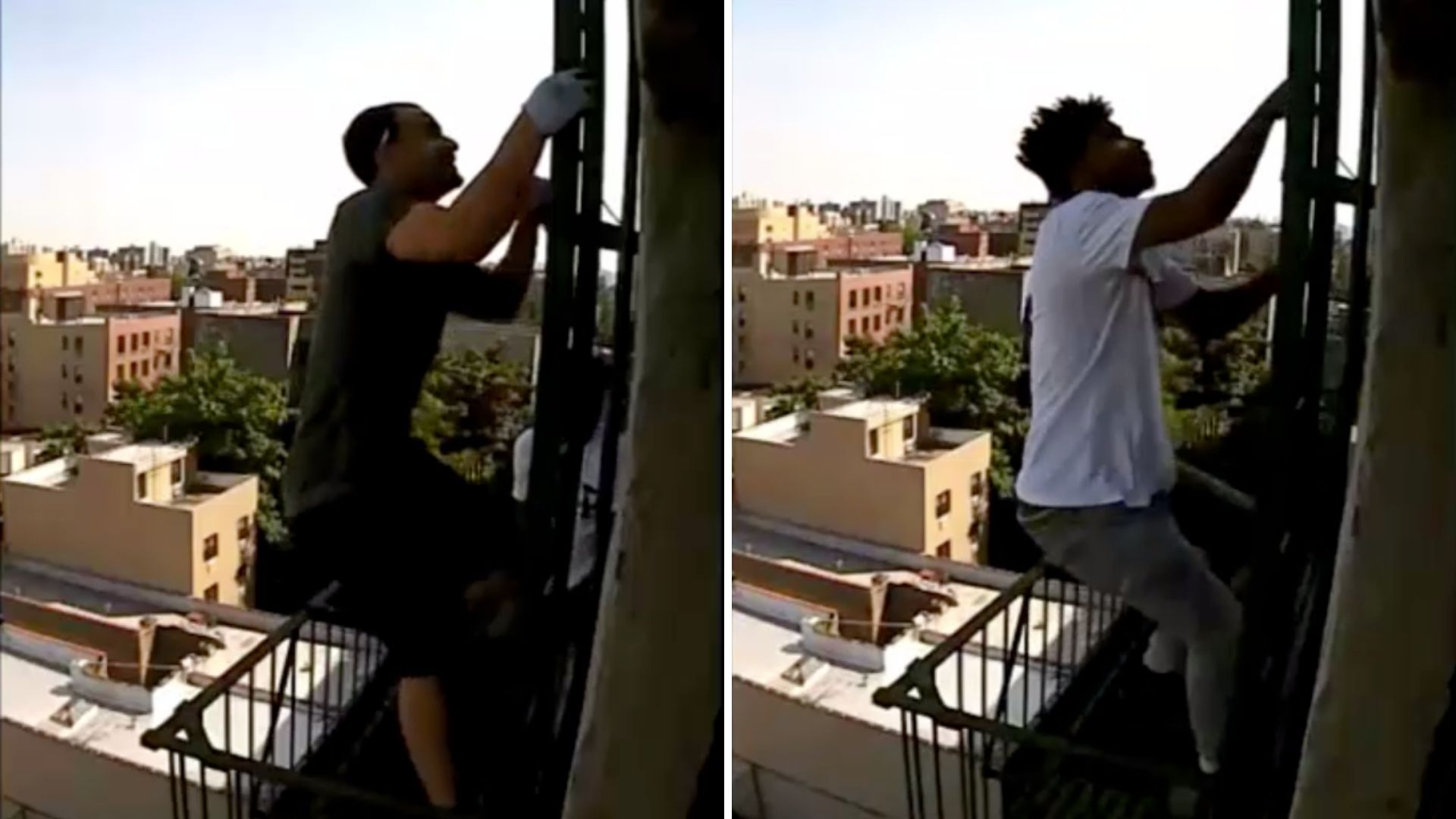 Raw surveillance footage of two men police say climbed up a building's fire escape to get inside a woman's apartment and rob her. (NYPD)

HIGHBRIDGE, the Bronx — Police are searching for two men who allegedly burglarized a woman's Bronx apartment after using a fire escape to break into the residence, authorities said Tuesday.

On Tuesday, July 9, just before 4 p.m., the 38-year-old woman, who wasn't home at the time, was alerted that two unidentified men had entered her apartment on Ogden Avenue in the Highbridge neighborhood in the Bronx, police said.

The woman returned home to discover the men stole her jewelry and $1,100 in cash, according to authorities.

Surveillance footage revealed the men entered the woman's apartment by climbing up the building's fire escape and entering through a window.