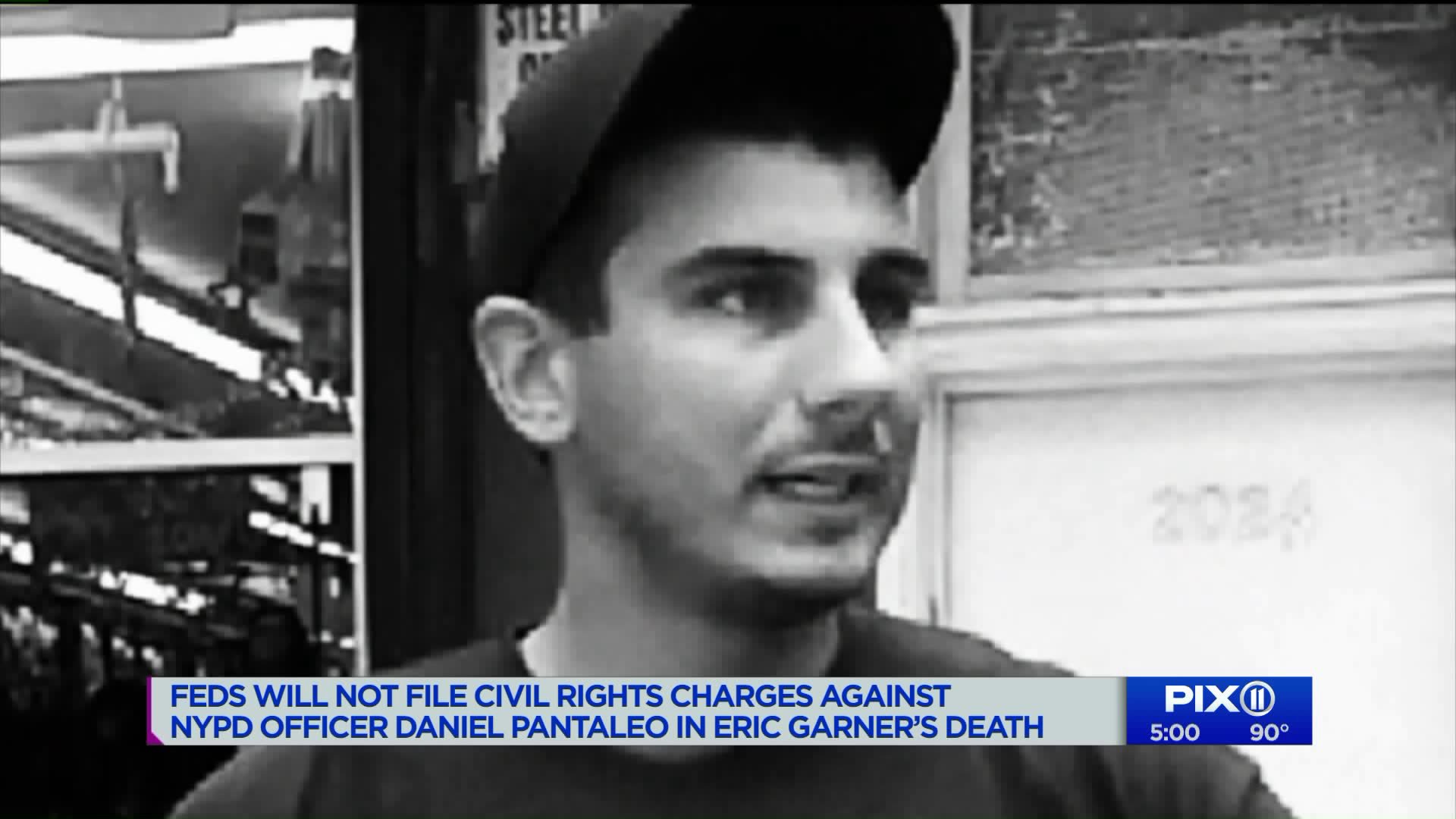 The announcement of the decision not to bring charges against Officer Daniel Pantaleo comes a day before the statute of limitations was set to expire in the case that produced the words "I can`t breathe" among Garner`s final words as a rallying cry among protesters of the police treatment of black suspects. 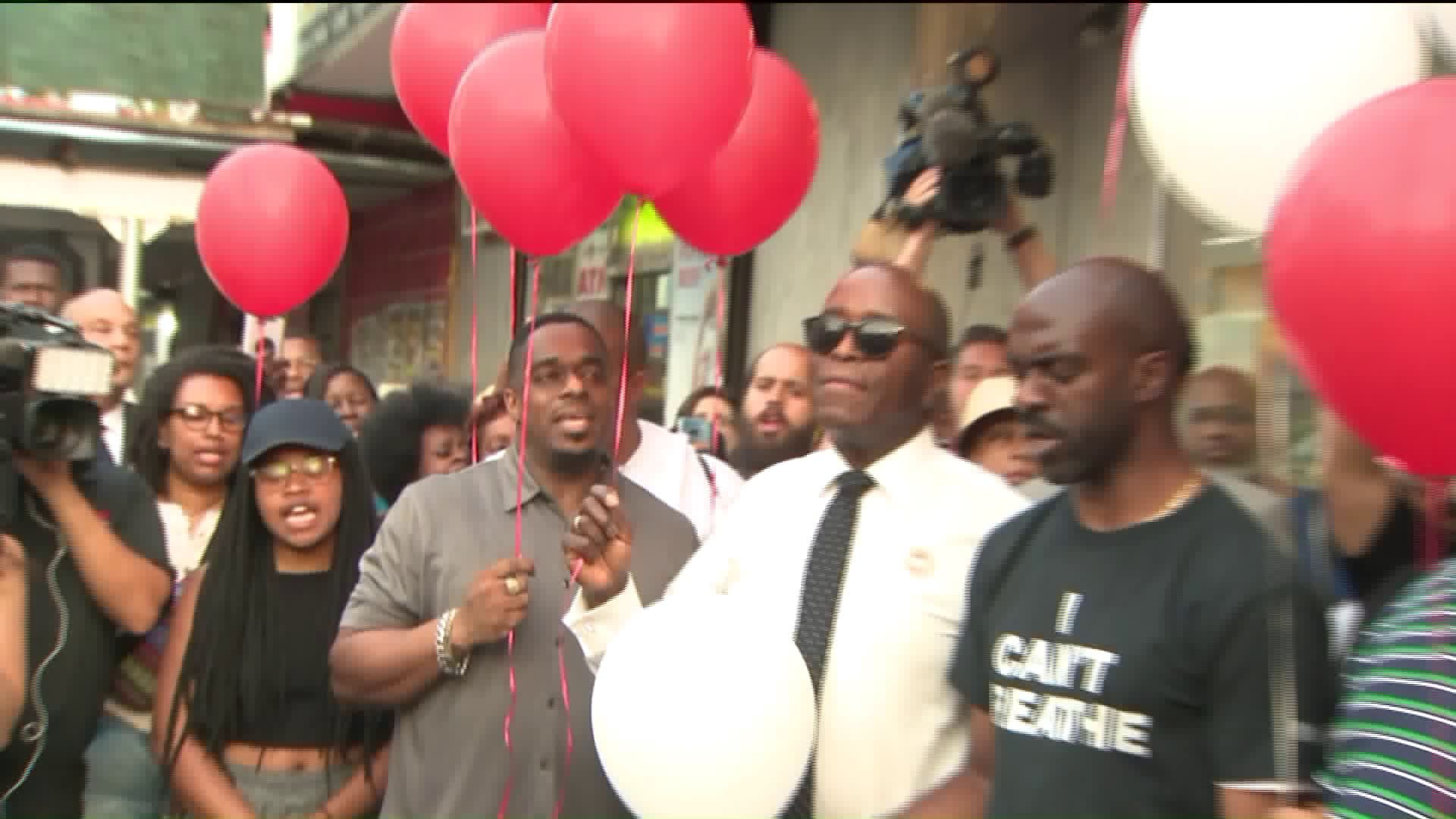 NEW YORK — Federal prosecutors won't bring civil rights charges against a New York City police officer in the 2014 chokehold death of Eric Garner, a decision made by Attorney General William Barr and announced one day before the five-year anniversary of his death, officials said.

The announcement of the decision not to bring charges against Officer Daniel Pantaleo comes a day before the statute of limitations was set to expire in the case that produced the words "I can't breathe" — among Garner's final words — as a rallying cry among protesters of the police treatment of black suspects.

"The evidence here does not support Officer Daniel Pantaleo or any other officer with a federal civil rights violation," said Richard Donoghue, the U.S. attorney for eastern New York. "Even if we could prove that Officer Pantaleo's hold of Mr. Garner constituted unreasonable force, we would still have to prove beyond a reasonable doubt that Officer Pantaleo acted willfully in violation of the law."

Gwen Carr, Garner's mother, and the Rev. Al Sharpton said they were outraged and heartbroken. Sharpton called for Pantaleo's dismissal from the NYPD.

Gwen Carr, mother of the late Eric Garner, wipes away tears after speaking to the press outside the U.S. Attorney's office following a meeting with federal prosecutors, July 16, 2019 in the Brooklyn borough of New York City. The U.S. Justice Department announced they will not bring federal charges against NYPD officer Daniel Pantaleo in the death of Eric Garner. Pantaleo put Eric Garner in a chokehold for 15 seconds while arresting him on suspicion of selling single cigarettes from packs without tax stamps. Wednesday is the 5th anniversary of the death of Garner. (Photo by Drew Angerer/Getty Images)

"We are here with heavy hearts, because the DOJ has failed us," said Carr, who has become a vocal advocate of police reform in the years since her son's death. "Five years ago, my son said "I can't breathe" 11 times. Today, we can't breathe."

A senior Justice Department official told The Associated Press that prosecutors watched video of the confrontation "countless" times but weren't convinced Pantaleo acted willfully in the seconds after the chokehold was applied.

There were two sets of recommendations made. The Eastern District of New York recommended no charges, but Justice Department civil rights prosecutors in Washington recommended charging the officer. Attorney General William Barr made the ultimate decision, the official said.

The official said Barr watched the video himself and got several briefings.

Prosecutors had to examine Pantaleo's state of mind, and it would be a "high standard" to prove the case to a jury, the official said. Prosecutors also considered whether he violated NYPD's policy on chokeholds.

Officers were attempting to arrest Garner on charges he sold loose, untaxed cigarettes outside a Staten Island convenience store. He refused to be handcuffed, and officers took him down.

Garner is heard on bystander video crying out "I can't breathe" at least 11 times before he falls unconscious. He later died.

"I can't breathe" became a rallying cry for police reform activists, coming amid a stretch of other deaths of black men at the hands of white officers. Garner was black; Pantaleo is white. Protests erupted around the country, and police reform became a national discussion.

A state grand jury had also refused to indict the officer on criminal charges.

In the years since Garner's death, the New York Police Department made a series of sweeping changes on how it relates to the communities it serves, ditching a policy of putting rookie cops in higher-crime precincts in favor of a neighborhood policing model that revolves around community officers tasked with getting to know New Yorkers.

Mayor Bill de Blasio, who is running for president in part on the notion he helped improve police-community relations, said in a statement that the city is not the same as it was five years ago.

"Reforms over the last five years have improved relations between our police and our communities," he said, adding crime was at record lows and 150,000 fewer people were arrested last year than the year before we came into office.

But some activists, including Garner's family and the relatives of others killed by police, have argued the changes weren't enough.

De Blasio also said it was a mistake to wait for federal prosecutors to finish investigating the death of Garner before beginning disciplinary proceedings. But there is no fule requiring the NYPD to do so.

Police reform advocates said the decision was upsetting but to be expected. Joo Hyun-Kang, the director of Communities for Police Reform, said it was "outrageous but not shocking." Hawk Newsome, the head of New York area Black Lives Matter chapter said, "It's America, man."

"As a black man in America I have no expectation that we will receive justice in court without radical change in this country," said Newsome, who's planning a Tuesday night rally in Harlem and a nationwide civil disobedience campaign.

But the medical examiner's office said a chokehold contributed to Garner's death.

The NYPD brought Pantaleo up on departmental charges earlier this year. Federal prosecutors were observing the proceedings. An administrative judge has not ruled whether he violated policy. He could face dismissal, but Police Commissioner James O'Neill has the final say.

In the years since the Garner death, Pantaleo has remained on the job but not in the field, and activists have decried his paycheck that included union-negotiated raises.

Watch Eric Garner's family's public reaction to the news below.