Jeffrey Epstein set up sex during work release, and other new allegations as accuser urges others to speak out 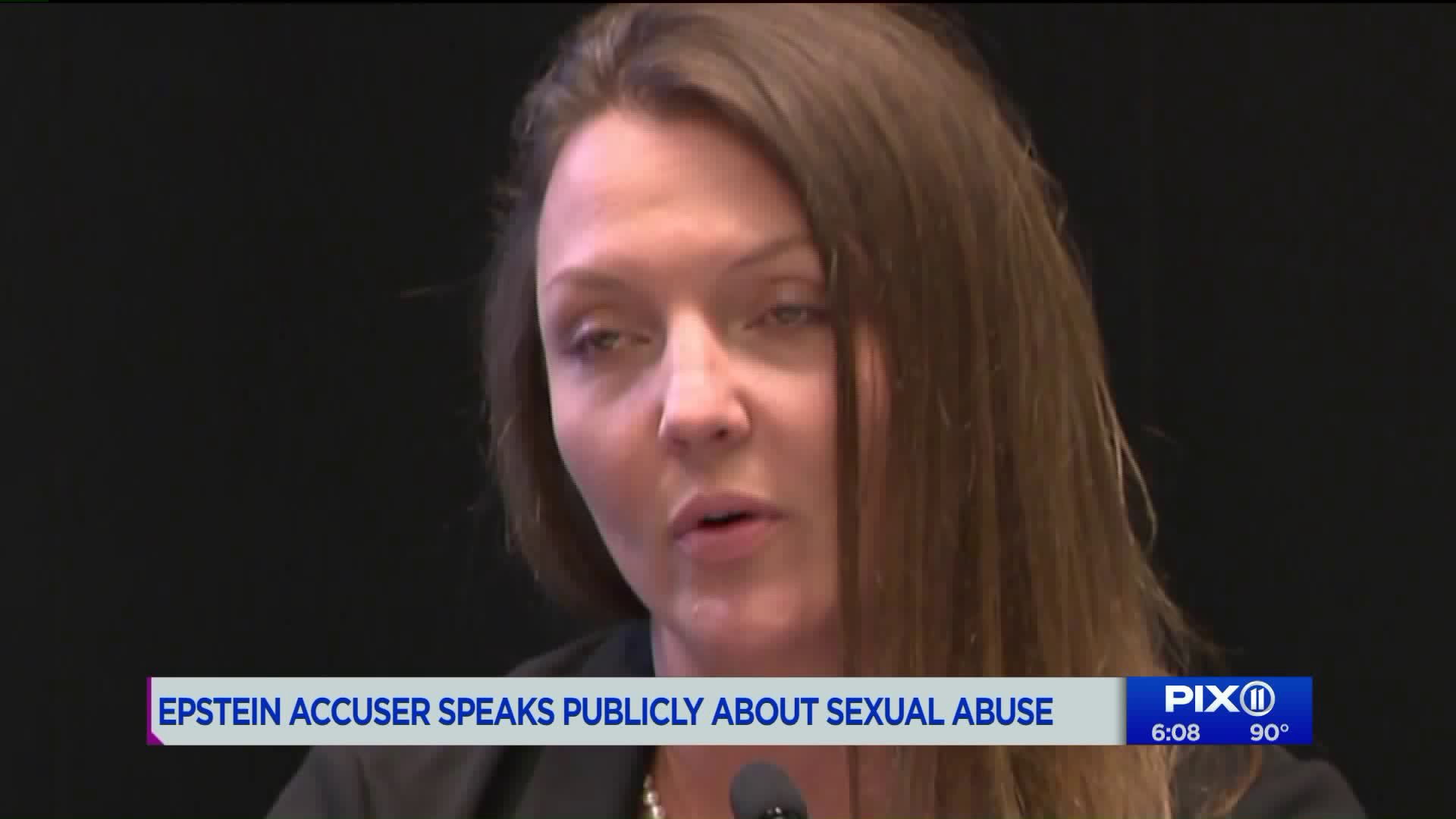 One of Jeffrey Epstein`s accusers urged other women Tuesday to come forward with allegations against the wealthy financier as federal authorities prosecute him on sex charges.

By: James Ford , Associated Press
Posted at 6:19 PM, Jul 16, 2019
MIDTOWN — One of Jeffrey Epstein's accusers urged other women Tuesday to come forward with allegations against the wealthy financier as federal authorities prosecute him on sex charges.

Other new information emerged as well on Tuesday, including evidence that could affect a national election.

Accuser Courtney Wild told reporters at a news conference here that Epstein "will never stop sexually abusing children until he is in jail."

"This is no surprise that he was also abusing victims in New York," Wild said, adding, "as long as the victims speak up, he isn't going to get away this time."

She encouraged others who believe they've been abused by the 66-year-old financier and convicted juvenile sex offender to contact the FBI, or her attorney, with their stories.

"We will not get justice until you speak out," Wild said. "You are not alone, and this was not your fault."

Wild's remarks came a day after she appeared in Manhattan federal court and urged a judge to deny Epstein bail. She said Epstein started sexually abusing her when she was 14 in Palm Beach, Florida.

Epstein was convicted in 2008 in Florida on soliciting prostitution from girls as young as 14. In a plea agreement that reduced both the potential charges against him, as well as his sentence, he ended up being in a county jail for 13 months, and was allowed to be at his office, rather than behind bars, for 12 hours a day, six days a week.

During that time, according to Brad Edwards, the attorney who represents Wild and other alleged survivors of Epstein's sexual assaults, the man accused by prosecutors of operating a sex ring made up of teen girls, some of whom were below legal age, "was having office visitors," Edwards said.

With those visitors, Edwards continued, Epstein kept "engaging in the same kind of activity, literally, while he was in quote-unquote jail," the lawyer said.

An email was sent to Epstein's attorney seeking comment.

Epstein has pleaded not guilty to conspiracy and sex trafficking charges brought by the U.S. Attorney's Office in Manhattan. Wild's accusations are not part of that indictment.

Epstein's attorneys have argued that the new charges should not have been filed because he signed a non-prosecution agreement with the U.S. Attorney's Office in Miami more than a decade ago.

Edwards said his client was first identified as a victim of Epstein in 2005 but was not consulted about the once-secret non-prosecution deal that allowed Epstein to plead guilty to lesser state charges.

He said he was surprised by Epstein's recent arrest.

In another new development, Israeli presidential candidate Ehud Barak had denied ever bing in contact with Epstein at the financier's New York mansion while any young women were present. However, on Tuesday, PIX11 News partner DailyMail.com found photographs showing Barak doing exactly what he'd denied, in January 2016.

Epstein has a bail hearing scheduled for Thursday.