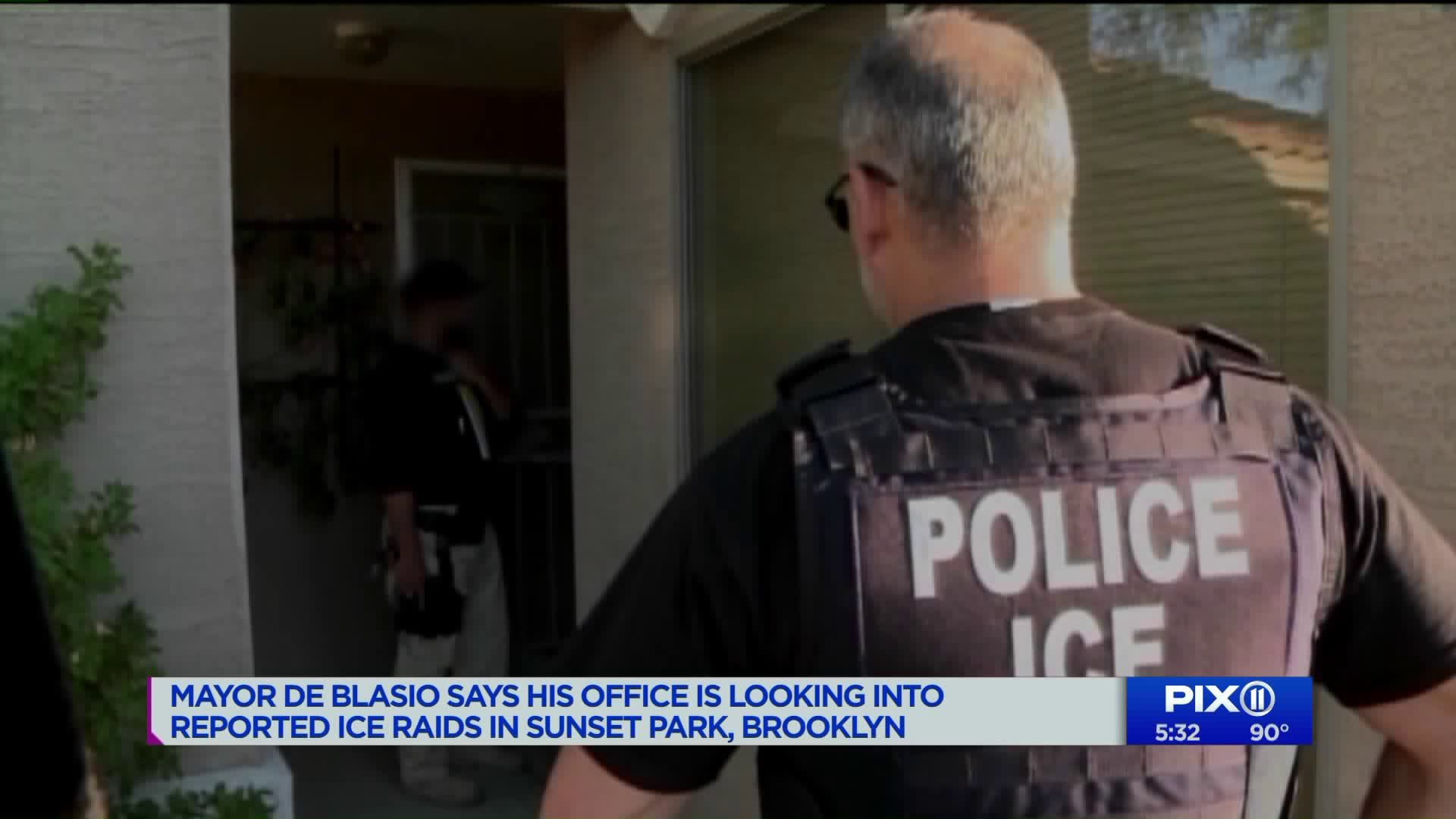 Cell phone video obtained by PIX11 News shows what activists say is the moment Immigration and Customs Enforcement agents knocked on the door of a Sunset Park man early Tuesday. Activists say the exchange shows tactics that ICE agents will use to bring people out of their apartments, sometimes to take more undocumented immigrants into custody.

During the exchange, the man refuses to open his door.

“That’s next door you’re talking about," he can be heard saying

“Maybe you can tell me a little bit about next door," an apparent agent replies. "Who lives next door?"

“I’m not going to say no more," the Sunset Park man said.

PIX11 News cannot independently verify the video, but State Assemblyman Felix Ortiz says the exchange is legitimate- and according to him they are ICE agents, which is why he was out in front of the building handing out flyers with information on what to do if ICE shows up at your door.

“They are continuing their work. They continue to knock doors and take people seriously, so my work has become more serious than before,” said Ortiz.

At one point in the video, the alleged agents acknowledge they are there for a neighbor.

“I already told you from the beginning that we’re not here for you," the apparent agent can be heard saying.

“I know you’re not here for me," the Sunset Park man replied. "Can you give me your name?"

The alleged agent planned to wait in the hallway.

"When you’re ready, come on out," the apparent agent can be heard saying.

Activists say the exchange shows tactics that ICE agents will use to bring people out of their apartments, sometimes to take more undocumented immigrants into custody.

“Again, the key factor: don’t open your door. And I would advise people not to give any information. These agents are coming. They don’t have warrants and they should identify who they are,” said activist Claudia Galacia.

Mayor Bill de Blasio tweeted in part: "We have credible reports of ICE activity early this morning in Midwood and Sunset Park. No reported arrests.”

Hear the Tuesday morning encounter below: