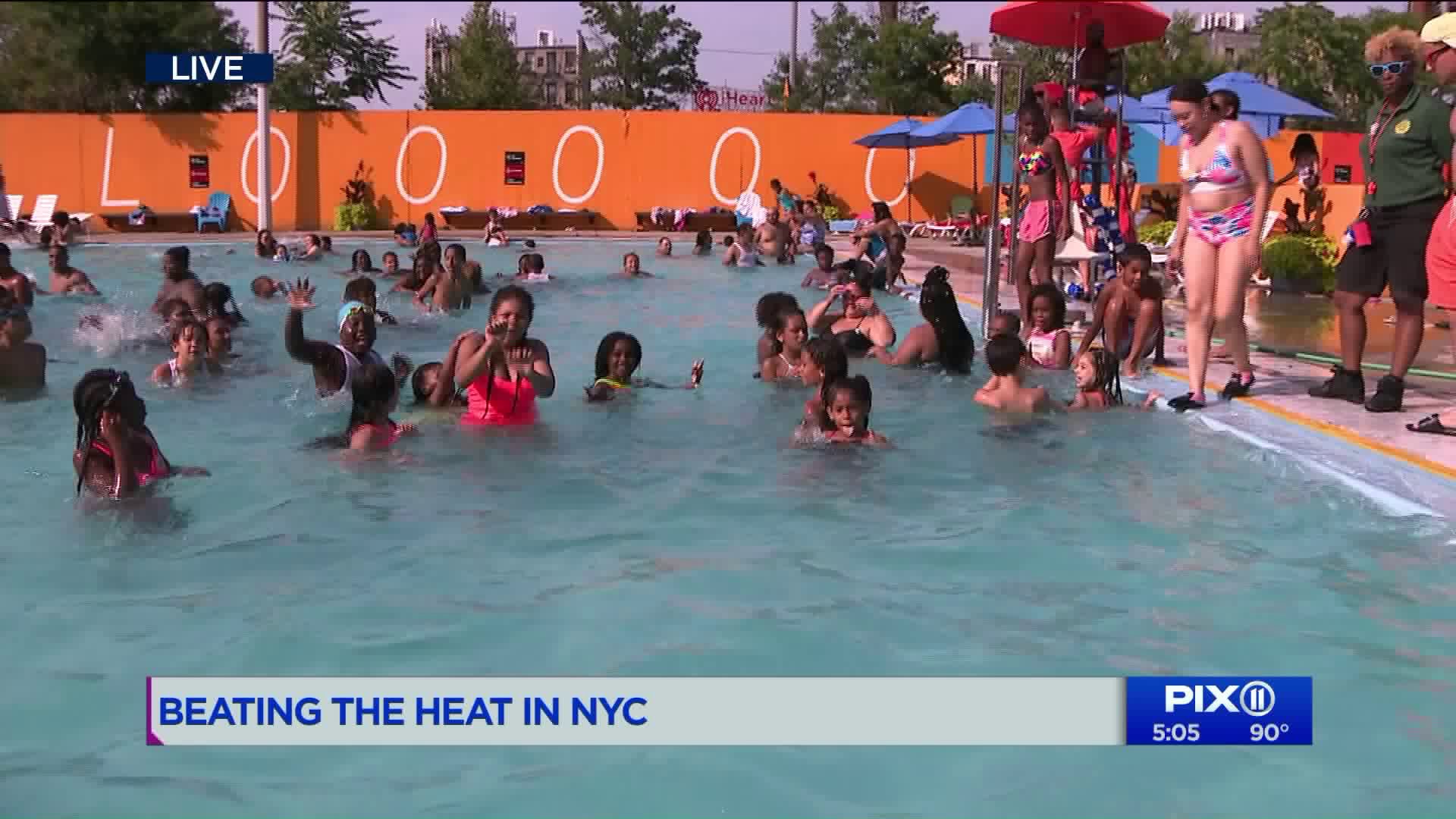 An "official" heat wave is considered to be three or more consecutive days with the temperature reaching 90 degrees or greater. High temperatures are expected to exceed 90 degrees beginning Friday, and could stay that way through Monday.

A prolonged stretch of extreme heat and humidity is on the way and poised to bake the Big Apple. A Bermuda High will set in place, bringing temperatures up into the 90s. Heat indexes will be rather intense with feel-like readings as high as 110 degrees during the weekend. Between now and then, we’ll also deal with the remnants of Barry, which could bring heavy rain and localized flooding starting Wednesday afternoon and into Thursday.

We already had a tease of the heat on Tuesday as temperatures climbed into the lower 90s. What spared us was the humidity, which was on the moderate side.  That will climb over the course of Tuesday night, making it rather sultry as temperatures only drop into the mid 70s.

The heat and humidity will be in full display on Wednesday as temperatures climb past the 90 degree mark during the middle of the day. Heat indexes will be in the upper 90s, potentially reaching 100 during the afternoon. Heat Advisories have been posted as far north as Central New Jersey with Excessive Heat Warnings across the Philadelphia area, where it will feel like 110 degrees.

During the afternoon, showers and thunderstorms will develop as we start to feel the effects of Barry’s remnants. Some thunderstorms could be on the strong side with damaging winds and localized downpours resulting in flash flooding. The shower and flood risk will continue into Thursday, keeping us from reaching 90 degrees, but it will remain humid during this period.

After that, extreme heat and humidity will quickly return for the weekend. Temperatures are going to soar into the 90s with some spots potentially hitting 100 on Saturday. The heat index will be well into the triple digits for many locations if not by Friday, then on Saturday. Sunday remains hot and humid with the air temperature in the mid 90s. By Monday, we could still be in the thick of it as temperatures hit 90 potentially for the 4th day in a row.

A frontal boundary could bring scattered showers and thunderstorms Monday into Tuesday. That may allow temperatures to trail down into the 80s by Tuesday, but even then, that may easily be pushed back later into the week.