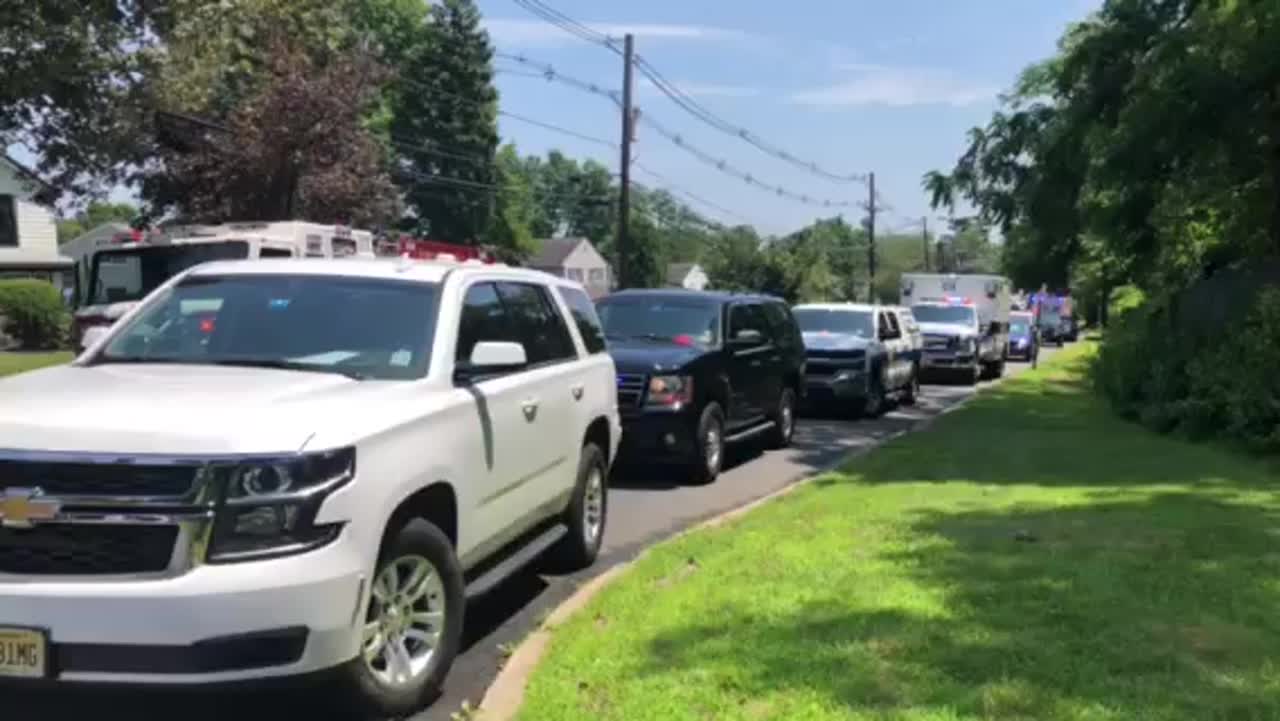 Firefighters were on scene when a fire broke out at the historic Baltusrol Golf Club's clubhouse in New Jersey July 16, 2019. (PIX11/ Christie Duffy) 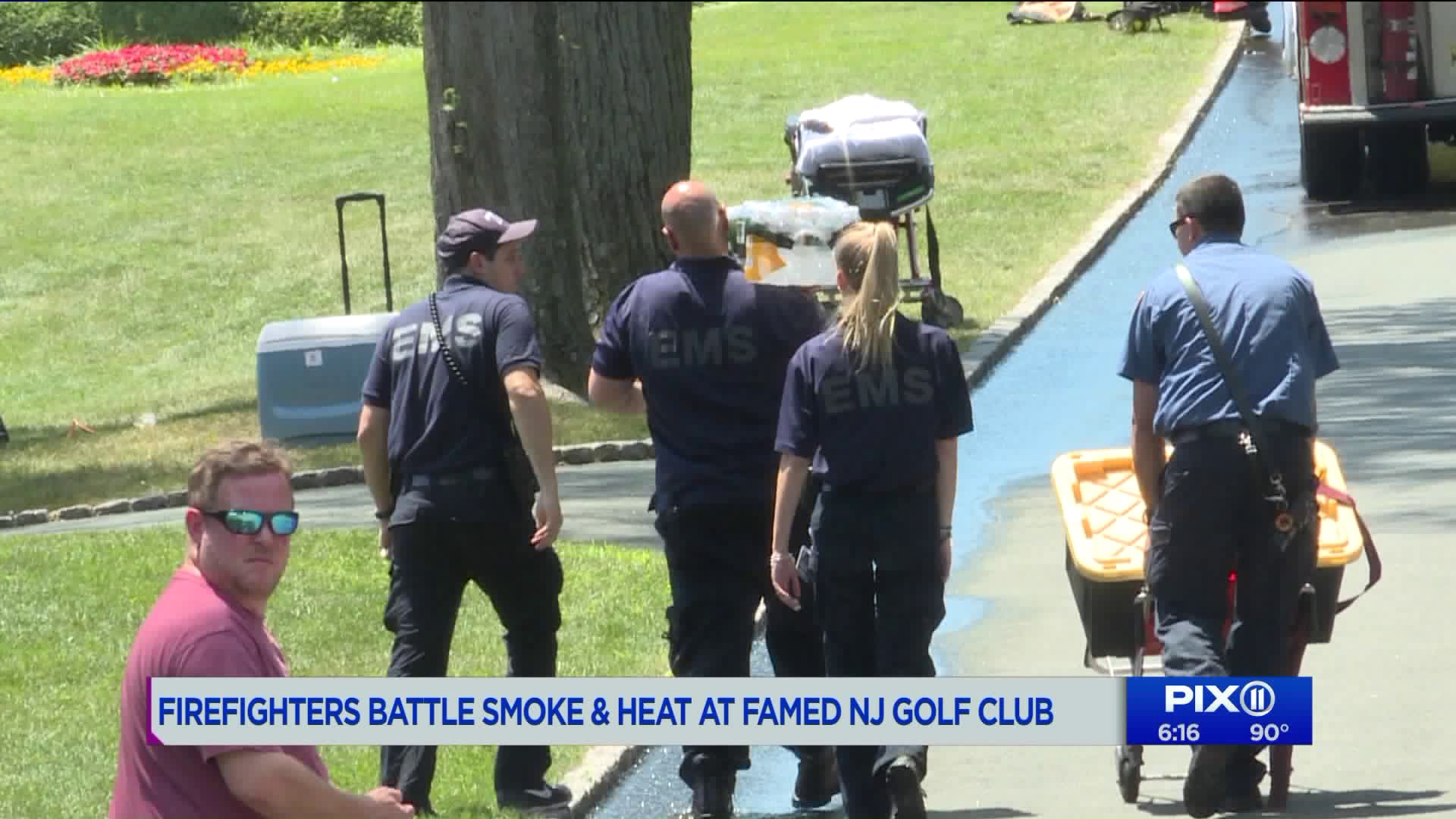 "If you came outside you could see the black smoke and see the fire," said Jodi Gollin, a neighbor.

Firefighters worked to put out hotspots when the sun was at it's highest. EMTs provided cold water and monitored their condition in the shade.

A bulk of engines from 8 separate fire departments showed up as back up.

One firefighter did get hurt.

"While opening up, checking for extension of fire, part of ceiling of the room came down. He was struck by the debris and was transported to Overlook Hospital in stable condition," said Springfield Fire Captain Michael Mastroeni.

The fire has been deemed accidental, although a cause is still under investigation.

The building, which includes at least 2 dining rooms and locker rooms, was evacuated. No civilians got hurt.

Golfers continued their game outside on the famous 36-hole course.

Baltrusol is a 124-year-old private club that is on the National Register of Historic Places. It’s hosted championships including the PGA Tour and the U.S. Open.

Damage to the building is still being assessed but parts of it have been deemed unsafe and condemned until repairs can be made.