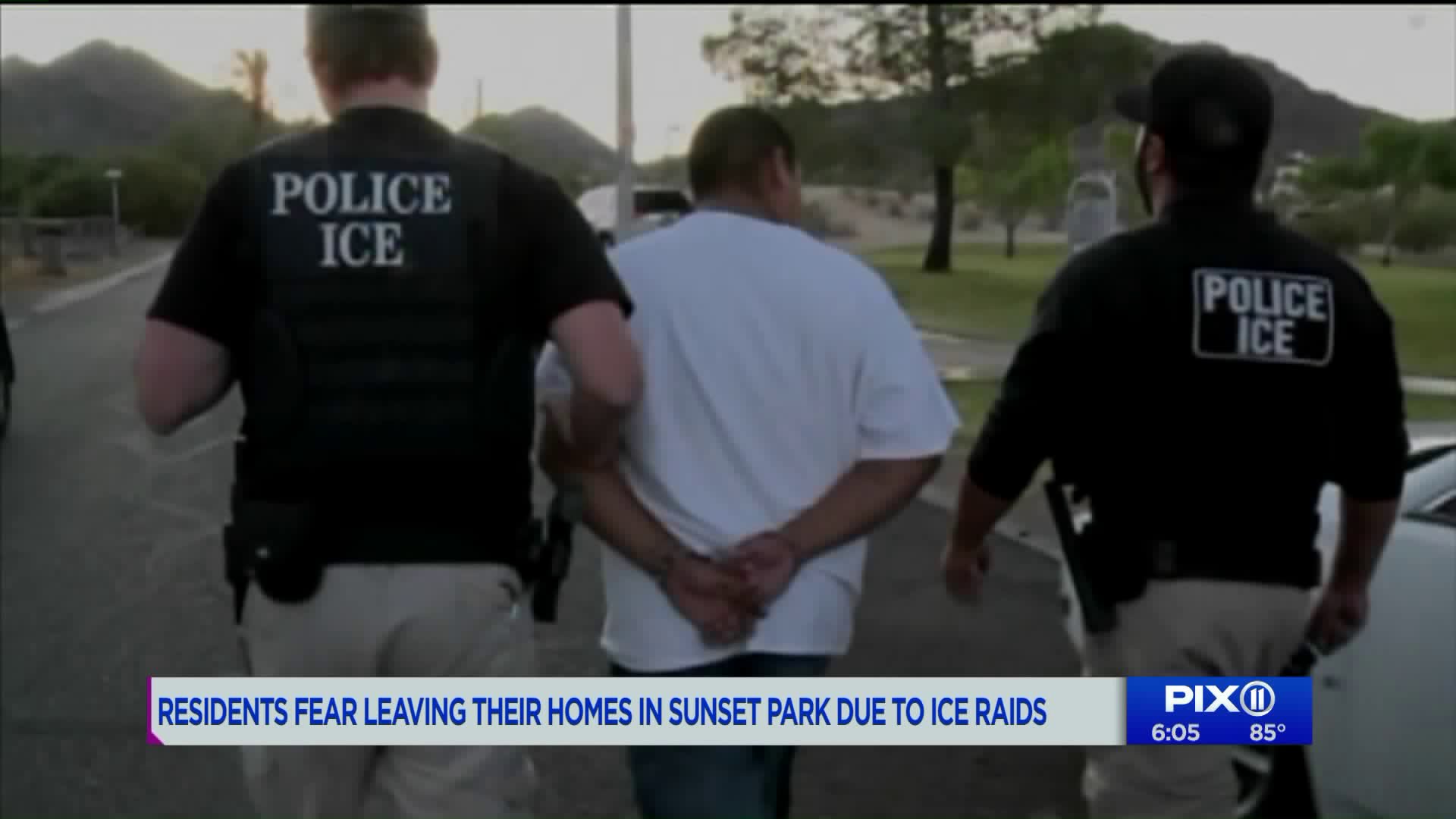 The streets of Sunset Park in Brooklyn are unusually quiet; they have been ever since U.S. Immigration and Customs Enforcement agents showed up on Saturday in at least two locations looking to detain immigrants without legal status.

The streets of Sunset Park in Brooklyn are unusually quiet; they have been ever since U.S. Immigration and Customs Enforcement agents showed up on Saturday in at least two locations looking to detain immigrants without legal status.

“There is a sense of fear and anguish by many in our community,” said Reverend Juan Carlos Ruiz of The Lutheran Church of Good Shepherd.

PIX11 met a street vendor who says he’s lived in this country for decades. His two young children are American citizens, but he is undocumented. He's part of what is called a mixed-status family. He is afraid, but said he has to work to provide for his kids.

State Assemblyman Felix Ortiz and other leaders have been out in the neighborhood posting flyers letting immigrants know of their rights.

“The first impact is the children questioning their parents- 'why are they here, what do we need to do,'” said Ortiz. “We want to make sure that whatever happen, our people will be able to stand still and do not open the door”

Jason del Aguila is part of “el Grito,” a volunteer organization that patrols the neighborhood looking for ICE to alert the community.

“We bring out our cameras. We go up and down the neighborhood and we make sure we are recording even before something happens," he said.

ICE is also reportedly using social media and facial recognition software on different states' databases in their search for certain immigrants who have an order of deportation against them.

The street vendor tells us ICE was in his building over the weekend. Though they didn’t knock on his door, they rang on everyone’s doorbell to gain access to the building.

The NYPD's 72nd precinct in Sunset Park is also sending a message to the community, letting them know that they don't ask for immigration status to report a crime.